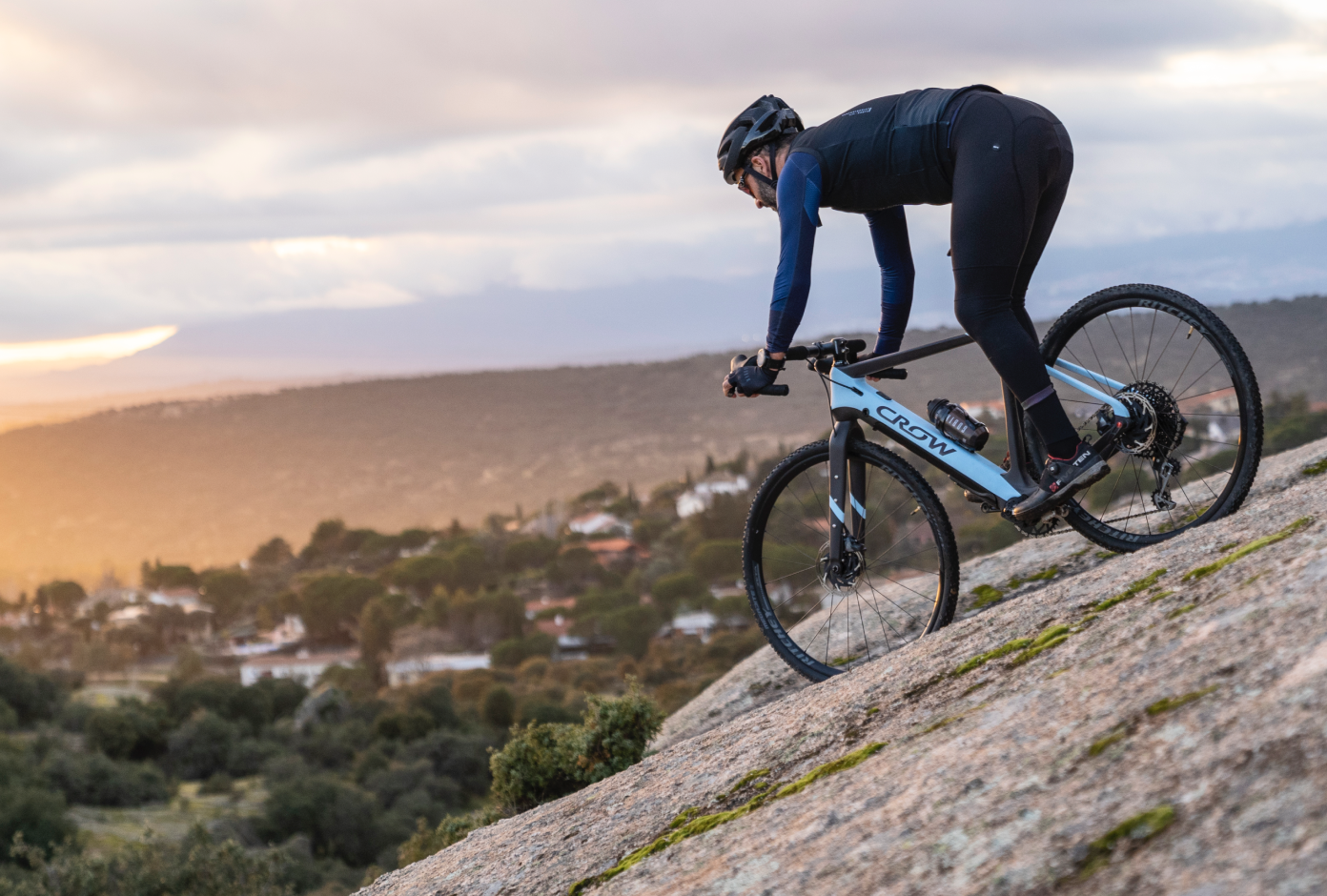 Jumping ahead to the present, the Spanish brand has officially unveiled four models being offered through a crowd-funding campaign on Indiegogo.

Two models are being offered with workhorse aluminum frames, along with two others that feature lightweight carbon fiber. All four get a carbon fork, with a choice of either a wireless or mechanical groupset from Shimano or SRAM in 1x and 2x configurations, as well as corresponding hydraulic disc brakes and Ritchey handlebars, while the top two models come equipped with tubeless-ready tires and wheels from Ritchey as well.

Assistance comes courtesy of a Fauza Evation drive system with a lithium battery that’s integrated into the frame’s downtube/bottom bracket, which can provide a range of travel up to 50 miles (80 km) on a 3.5 hour charge.

However, the system can be easily removed, allowing the rider to rely solely on pedal power. But, even with the 7.3 pound (3.3-kg) drive system in place, the lightest model weighs in at an impressive 30.2 pounds (13.7 kg).

When the Fauza system is in use, riders can switch between three levels of assistance via a pushbutton control that’s located on the downtube, which uses a column of LEDs to display the remaining battery life. There’s also a Crow app that can provide riders with valuable ride data such as GPS navigation, current speed, cadence, power output and torque generation.