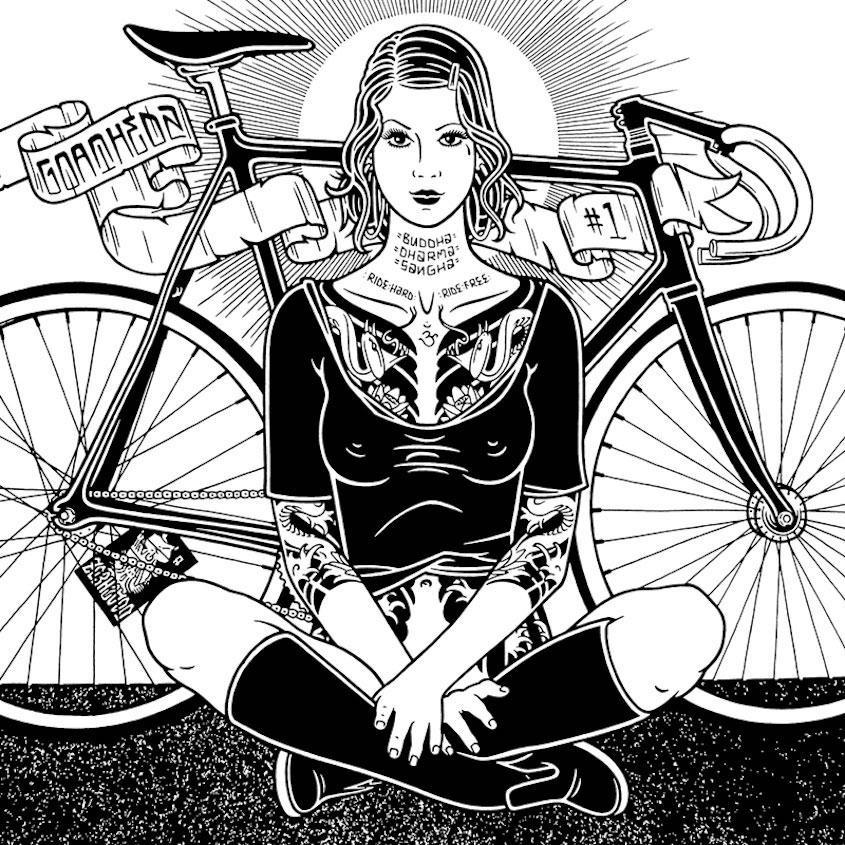 Born in 1971 in upstate New York, artist Mike Giant began drawing as soon as he could hold a crayon. His family moved to Albuquerque, New Mexico in 1979 where he was immersed in bmx bikes, skateboarding, heavy metal, punk rock, hip-hop and gang violence. He graduated in the top 10% of his high school class and attended the University of New Mexico on scholarship as an architecture major. He began writing graffiti under the name “Giant” just before starting college and got his first tattoo soon after. In 1993 he was offered a full-time job drawing graphics for Think Skateboards in San Francisco and decided to leave UNM without a degree. After four years at Think he lived in London briefly then returned to San Francisco to work in animation. In 1998, Mike was offered an apprenticeship in tattooing by Nalla Smith. He began tattooing full-time a year or so later and worked in legendary shops like East Side Ink, Newskool and Everlasting. Mike made tattoos full-time for a decade before switching his attention to REBEL8, a clothing brand he founded with his old friend Joshy D in 2003.

Then, after 20 years in California, Mike moved to Boulder, Colorado where he currently lives, works and bikes.