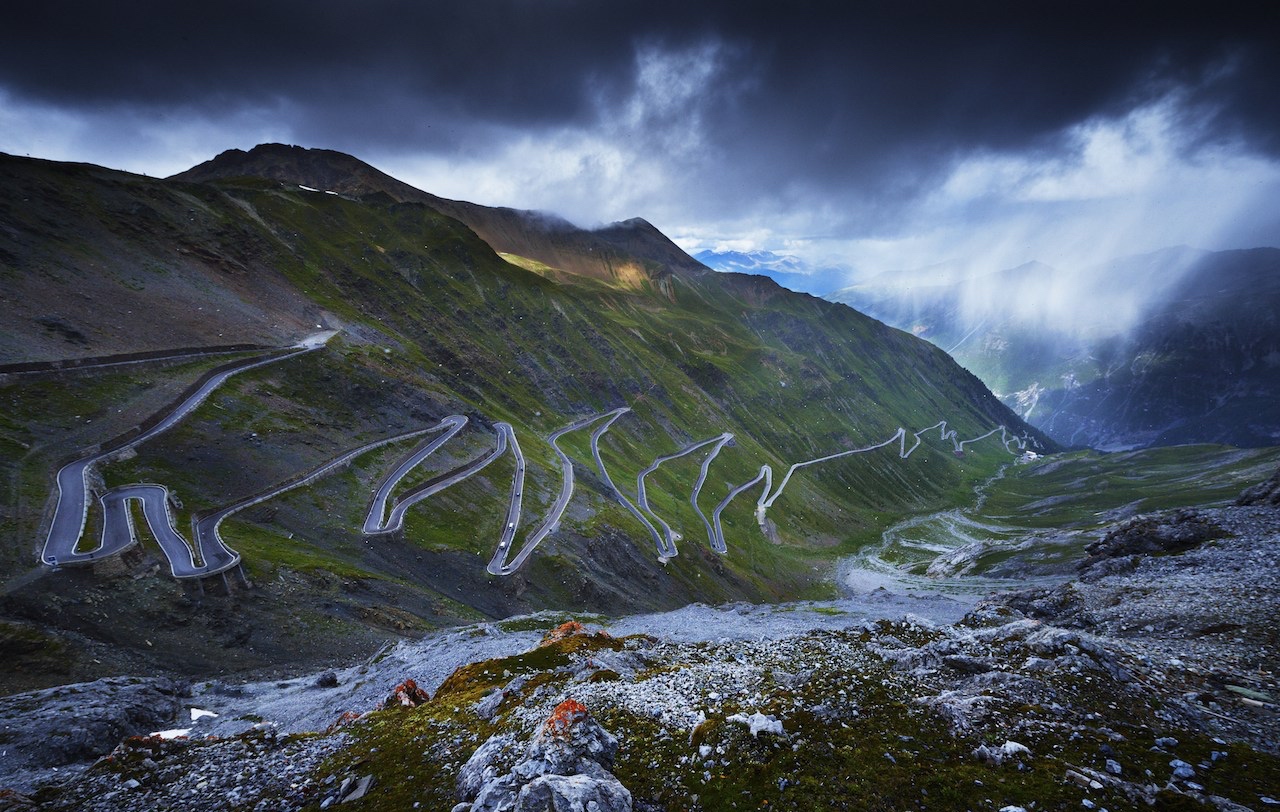 Whatever way you look at it, the Stelvio is a spiritual cycling experience like no other. First featuring in the Giro d’Italia in 1953 its long history and sky high credentials make it a mountain of legend and unique lure for every rider that dares to tackle its serpentine slopes. Not only is it the highest road pass in Italy at 2,758 metres above sea level but it’s also the highest finish of any Grand Tour stage. That aside, it’s the architecture of the climb that really makes it famous and sets it apart from the rest. Bend after bend with a relentless gradient, jaw dropping waterfalls free-falling on a non-stop trajectory towards the valley below and a vast expanse of mountain mystique the higher you climb. That’s the real beauty of the mighty Stelvio, a true test of physical and mental strength all the way to the summit.

I’ll never forget the first time I rode the Stelvio from Bormio, in true Cotty fashion this was meant to be a “transition day” to get over the delights of a day of travel. We set off late in the afternoon with the original idea of spinning our legs out for a few kilometres just to loosen things up for the days to come. The higher we climbed the more inspired the ride became. When it was time to turn around neither my buddy or I had it in us to say let’s stop. I mean, they’re the rules right? “Don’t start something you don’t intend on finishing”. As the light began to dwindle and the temperature took a sharp dip, unintentionally we made it all the way to the top just in the nick of time as the final shops were shutting their doors for the night. The wind was bitter and we were well under dressed for the occasion. No time for selfies at the summit but just enough money for two cotton caps and a couple of copies of La Gazzetta dello Sport to stuff under each jersey to help against the wind chill (Giro style…..or so we thought). Watch out, the tunnels on the way down are dark and damp, even worse when you’re shivering like Frosty the Snowman. What a ride, what a climb, what a memory. Wouldn’t change it for the world!