Cycling the Passo di Giau in the Dolomites 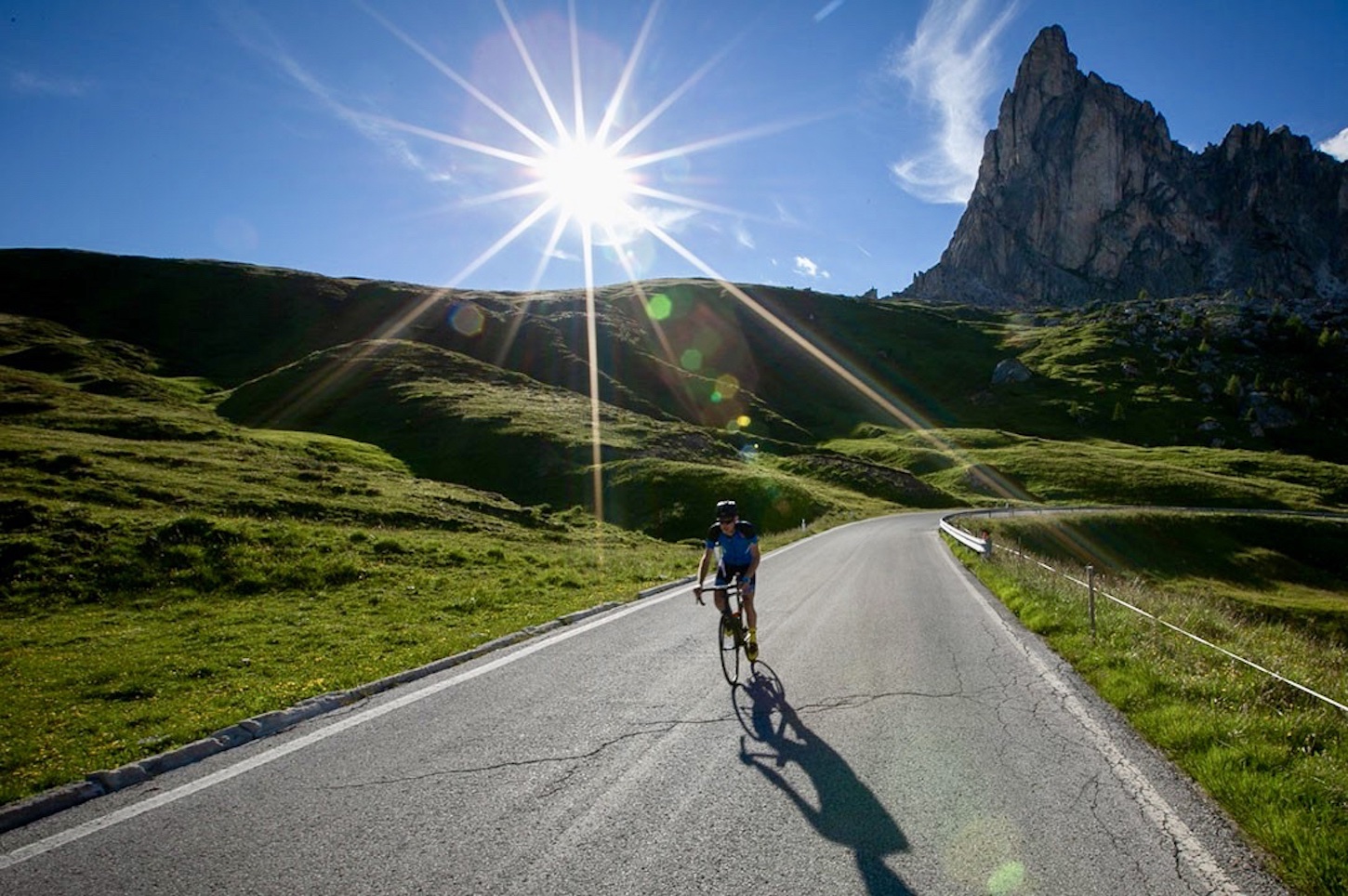 At 2,236m elevation, the Passo Giau is most famous for its regular inclusion in the Giro d’Italia and for amateurs it’s the fearsome 6th climb in the Maratona dles Dolomites sportive. However, on this occasion we’re taking a look at the northern approach from Cortina d’Ampezzo, which is considered the easier side of the two albeit as equally beautiful.

A relative newbie in the world of cycling having been a narrow mule track up until 1986 when it was finally paved. Riding this climb is always going to be a challenge, but it’s not the toughest so in that regard it can be enjoyed. Typically the climbs here are shorter than the big guns of the Alps and Pyrénées, but they are tightly compacted together giving you the opportunity to ride several summits in one loop, giving a huge sense of Col Collecting satisfaction.

From Cortina d’Ampezzo it’s actually 16km in length, sharing the first 5km with the Passo Falzarego, but it’s a busier linking road to Corvara so you have to keep an eye out for the left hand turn which is what we consider the start of the climb proper. Take a moment to fill your lungs as the first couple of kilometres are actually on a downhill. Make the most of it as once the gradient pitches up it rarely deviates all the way to the summit.

The early switchbacks in the forest give you a real sense of progress, with tips of the grand Dolomite mountains peaking through the trees in a playful manner, teasing you with what’s to come as you gain elevation.

The gradient is consistent at around 8-9%, so it’s an easier ride that its southern counterpart. Once the trees disperse the scenery explodes into life and if you’ve been to the Dolomites you’ll certainly know the scenery we’re talking about! Simply BEAUTIFUL! It’s unlike any other, giant chards of Dolomtie rock tower above you and as you approach the summit you face what looks like a wave frozen in time. It’s awe inspiring and has to be seen to be truly believed.

It’s impossible not to marvel at the magnificent Nuvolau mountain which tends to steal the show at the summit. However, from here you can enjoy 360º views that literally take your breath away. From the Pala mountains as you look west to the Marmolada towards the east. The summit is a feast for the eyes so take a moment to catch you breath, absorb and enjoy!