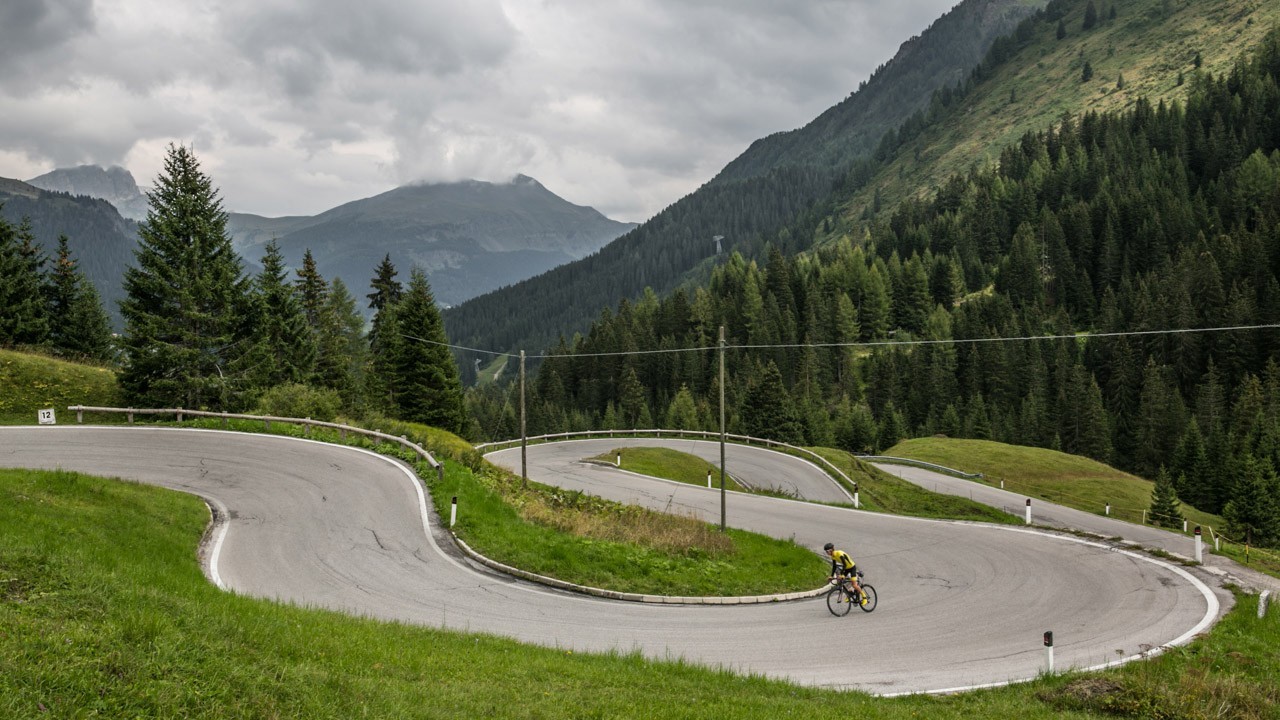 Nestled between the Gruppo del Sella and the Queen of the Dolomites, the 3,343 meter high Marmolada, the Passo Pordoi links the Val Cordevole in the east with the Val di Fassa to the west. Although relatively short at just 9.4km dig a little deeper and you’ll quickly realise that the Pordoi has an enviably rich cycling heritage. First used in the 1940 Giro d’Italia it’s witnessed more race action than many of its peers put together, with monuments at the top dedicated to great Italian champions Fausto Coppi and Gilberto Simoni reminding you of its history.

What’s nice about the Pordoi is that it allows you to enjoy the journey, with a constant gradient hovering from 6-8% and never tipping beyond double figures, a rarity in itself in the Dolomites. Settle down and find your rhythm as you climb beyond the trees and towards its summit at 2,239m elevation. But the story doesn’t end there, oh no, with 33 marked hairpins in less than 10km this gives the ascent from Arabba one of the best ‘bend to length’ ratios in the business with a whopping 3.5 turns per kilometer. Now if that’s not a good excuse to ride it I don’t know what is!