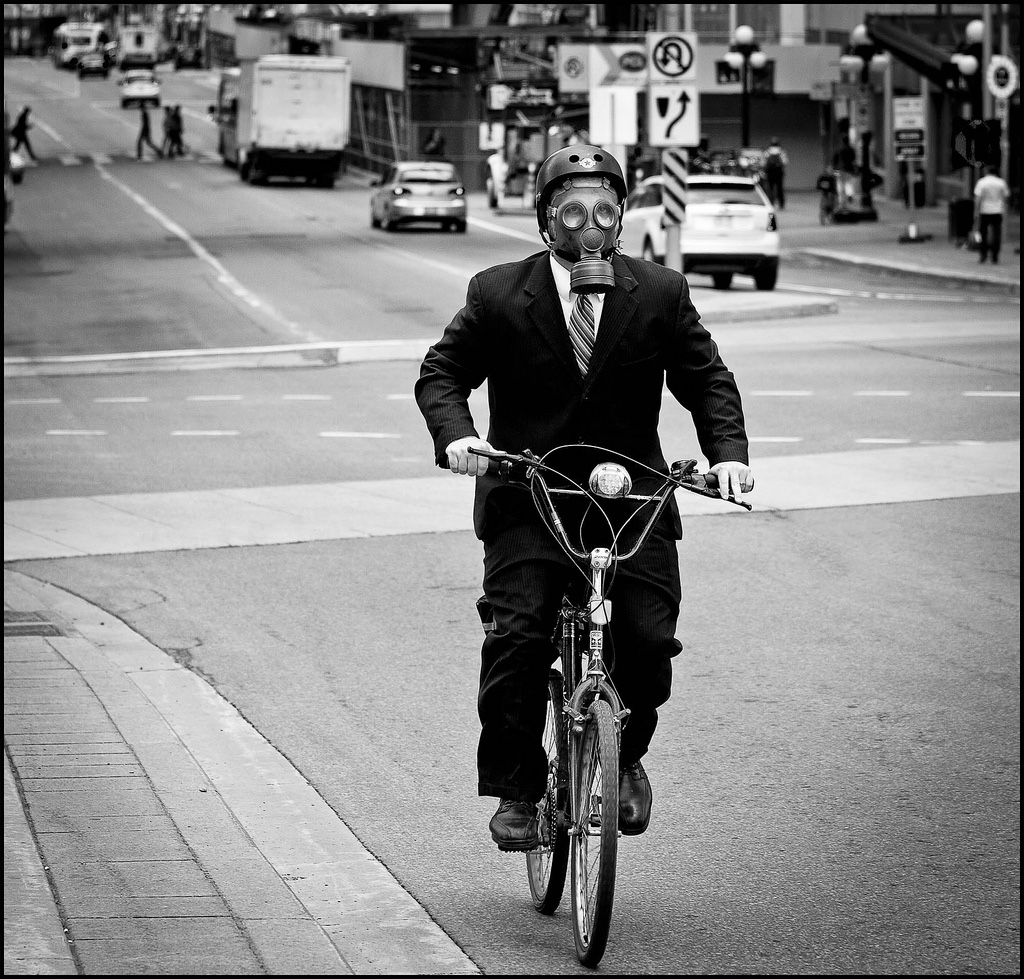 Urban cyclists across the world should take a deep breath, as the air pollution figures for 2016 still remain concerning.

According to a recent report by the World Health Organization (WHO), Beijing, London, Mexico City, New Delhi and Paris are among the cities that have drawn attention for their dangerously high air pollution levels in 2016 – but they’re not alone, as the report confirmed that 92% of the world’s urban population now live in cities where the air is toxic.

In India, a study found that 41 Indian cities of more than a million people faced bad air quality on nearly 60% of the total days monitored. Three cities – Gwalior, Varanasi and Allahabad – didn’t even manage one good air quality day.

In Europe, it was found that around 85% of the urban population are exposed to harmful fine particulate matter (PM2.5) which was responsible for an estimated 467,000 premature deaths in 41 European countries.

It’s not all bad news though: 74 major Chinese cities have seen the annual average concentrations of particulate matter, sulphur dioxide and nitrogen dioxide, decrease since 2014 although the Chinese government’s “war on air pollution” has received criticism.

Another large country that has shown consistent improvement in the reduction of air pollution has been the USA. However, several cities in California such as San Jose, Bakersfield, Visalia, Porterville and Hanford climbed in air pollution figure, while Pennsylvania’s Harrisburg, York and Lebanon and Kentucky’s Louisville are among the very worst.

The health impacts of air pollution are well documented; but now, new evidence suggests a link between air pollution and dementia and Alzheimer’s disease, with exposure to poor air quality equivalent to passively smoking six cigarettes a day. Not only that, toxic air has been blamed for more road traffic crashes from pollutants distracting drivers, causing watery eyes and itchy noses.

It is often poor, young, old and disadvantaged people who are worst affected by poor air quality. Air pollution is responsible for the deaths of 600,000 children under the age of five every year. Ethnic minorities are more likely to be exposed to high pollution levels than other groups. In London, black, African and Caribbean people were exposed to higher illegal nitrogen dioxide levels (15.3%) because of where they lived, compared to the rest of the city’s population (13.3%).

Air pollution also affects regional climate, which impacts on future water availability and ecosystem productivity. Black carbon is a particulate matter created through the burning of fossil fuels (such as diesel) and biomass. As well as effecting human health, it is responsible for glacial melting in the Himalayan and Tibetan Plateau. Black carbon deposits on snow and ice darkens surfaces, resulting greater absorption of sunlight and faster melting.

Research from the World Bank estimated that the global economic cost of air pollution-related deaths to be US$225 billion in lost labor income (in 2013) and more than US$5 trillion in welfare losses. The OECD predicted that global air pollution-related healthcare costs will increase from US$21 billion in 2015 to US$176 billion in 2060. And by 2060, the global annual number of lost working days that affect labour productivity is projected to reach 3.7 billion – it is currently around 1.2 billion.

A number of creative ways of understanding and addressing the air pollution problem were seen throughout 2016. In London, racing pigeons took to the skies equipped with pollution sensors and a Twitter account, to raise awareness of the capital’s illegally dirty air. Amsterdam carried on the bird theme, with smart bird houses that light up to show the air quality status, while offering free Treewifi.

Change is in the air

Meanwhile, Paris, Mexico City, Madrid and Athens have pledged to remove all diesel vehicles from their streets by 2025, while promoting walking and cycling infrastructure. In Asia, a city certification program is being piloted to encourage cities to make advances in air quality management.

If anything, 2016 has showed us that poor air quality is a scourge of the developed and developing world alike – and that it requires immediate action. The evidence is clear: we need to clean up our act, to protect human health and reap the benefits of clean air for all.