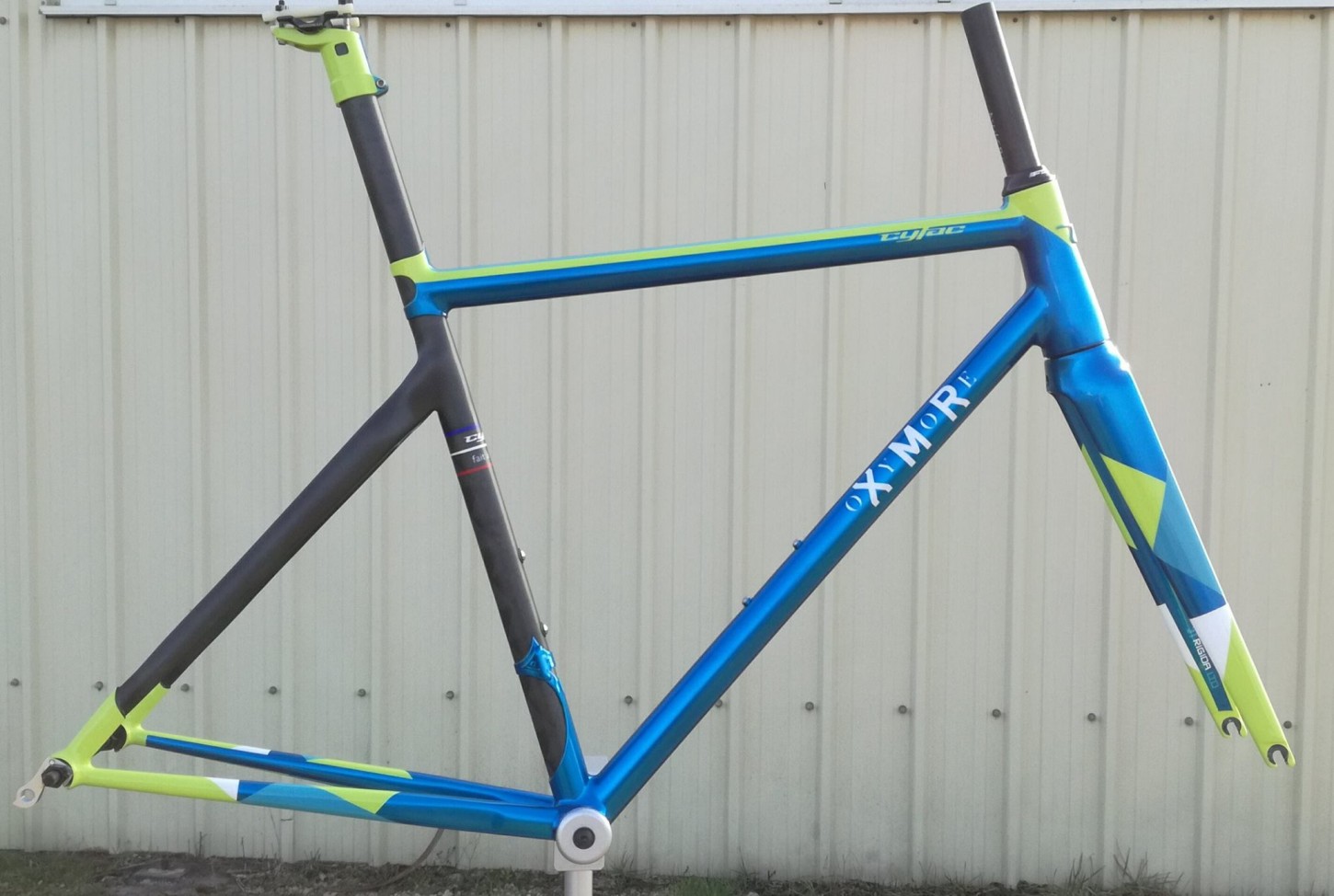 Amongst a myriad of artisan frames on display at this year’s North American Handmade Bicycle Show, perhaps no bike aroused the senses quite like Cyfac’s latest Oxymore2 frameset.

Featuring a matrix of steel and carbon fiber extended to key areas like the seat-tube and seat-stays, this glorious frameset made its way to these shores to the delight of thousands of onlookers who attended this month’s show.

Cyfac needs no introduction to the road bike adeptus, as the iconic French brand has continued making artisan bikes in the same tradition it has for almost half a century now.

However, over the last decade or so, Cyfac has expanded its expertise into the realm of carbon fiber, turning out some of the most sophisticated and advanced carbon frames, alongside its traditional range of metal bikes.

Perhaps, the most exciting news is for us yanks though, as Cyfac is once again being imported/distributed here in the USA. But, more about that later.

For now, feast your eyes on the Oxymore2.

Better still, if you happen to be across the pond this weekend, Cyfac will be showing-off the Oxymore2, along with other models, at the annual Bespoked Bicycle Show in Bristol, UK.