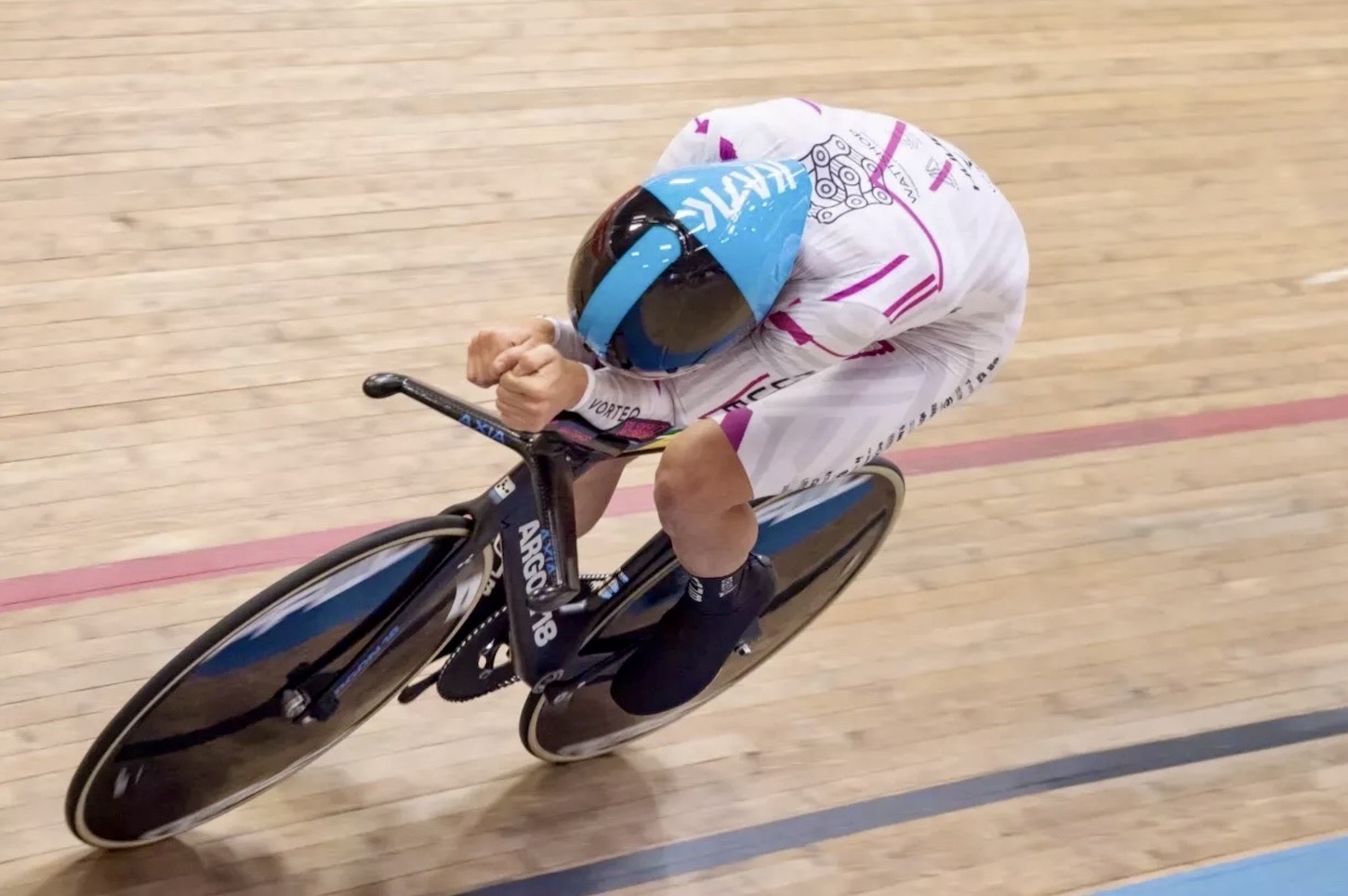 Bigham was already the British record holder after he covered 54.723 kilometers in Grenchen last October, but he was unable to capture the UCI Hour Record at that point because he was not part of the UCI’s biological testing pool.

Bigham has since joined the staff of Ineos Grenadiers as a performance engineer, so the backing of the WorldTour team enabled him to officially tackle the UCI Hour Record this time around.

Bigham initially clocked a negative split, setting off at a conservative pace before edging ahead of Campenaerts’ previous record pace shortly after the midway point.

From there, the 30-year-old rider continued to pull ahead of Campenaerts’ pace, surpassing the Belgian rider’s record with around a half a minute to spare.