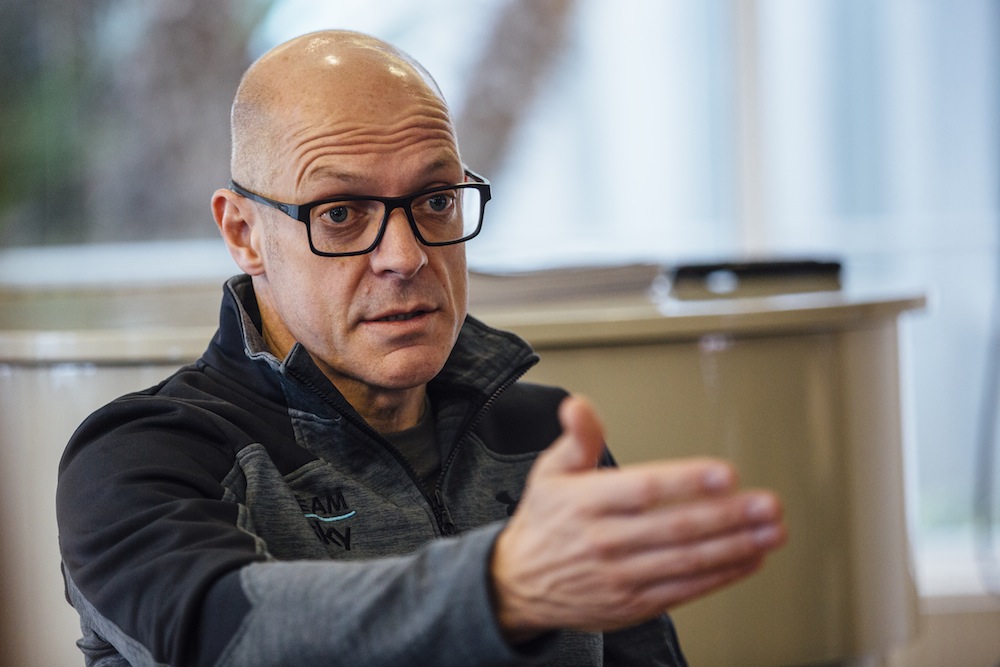 Dave Brailsford says he’s proud of British Cycling’s Achievements, but the current Team Sky director admits there are “lessons to be learned” following the publication of a report which was critical of the way British Cycling was run at a time when he was performance director.

The independent review into British Cycling said there was “a culture of fear” within the team and that good governance was lacking, which eliciting the following response from Brailsford, “it was disappointing, if I am honest.” “High-performance sport is a tough environment, there is no doubt about it, but it doesn’t mean to say you have to neglect the welfare of athletes in any way.”

“It is an environment where you are trying to get the best to be the best and beat the best in the world. Not everybody can do that.

“When we started out at British Cycling, we had won one gold medal in 76 years and, three or four Olympic cycles later, we’re dominating the sport and have done it time and time again.

“Something has to happen, for that to happen.

“You do have to create a winning culture and a winning mentality and that is what we tried to do and, at times, we have to push people really hard, you get pushed really hard yourself, but you want to be supportive with that – and of course not everybody can make it and that is a challenge as well.

“As in all walks of life, you have always got to look at yourself first, if you are the leader of an organisation

“You have got to look at yourself in the mirror and take your own responsibility, and my frame of reference will always be to start with myself and think ‘could I have done anything differently, is there anything I could learn from that, and what can I do going forward to make sure that I get better?’.

“There are some lessons to be learned but I am very proud of our time at British Cycling and to see how the sport has grown.”

Speaking about the up and coming Tour de France, Brailsford says his squad and defending champion Chris Froome are focussed, despite operating under something of a cloud, as UK Anti-Doping conducts an investigation into allegations made against the team’s conduct in previous years.

“From an investigation point of view, we will wait for the outcome of that, but I am very confident there is no wrongdoing.”

“As far as the Tour de France goes, we are very focused on the race.

“We were racing there last week in the Criterium du Dauphine and there was absolutely no change in the support at the side of the road.

“When we go to the Tour de France every year, ever since we started, it has been a hostile environment for us as a team to go there and win the race, so I expect no difference in that sense.

“We are looking forward to it and I am as excited now as I have ever been.”