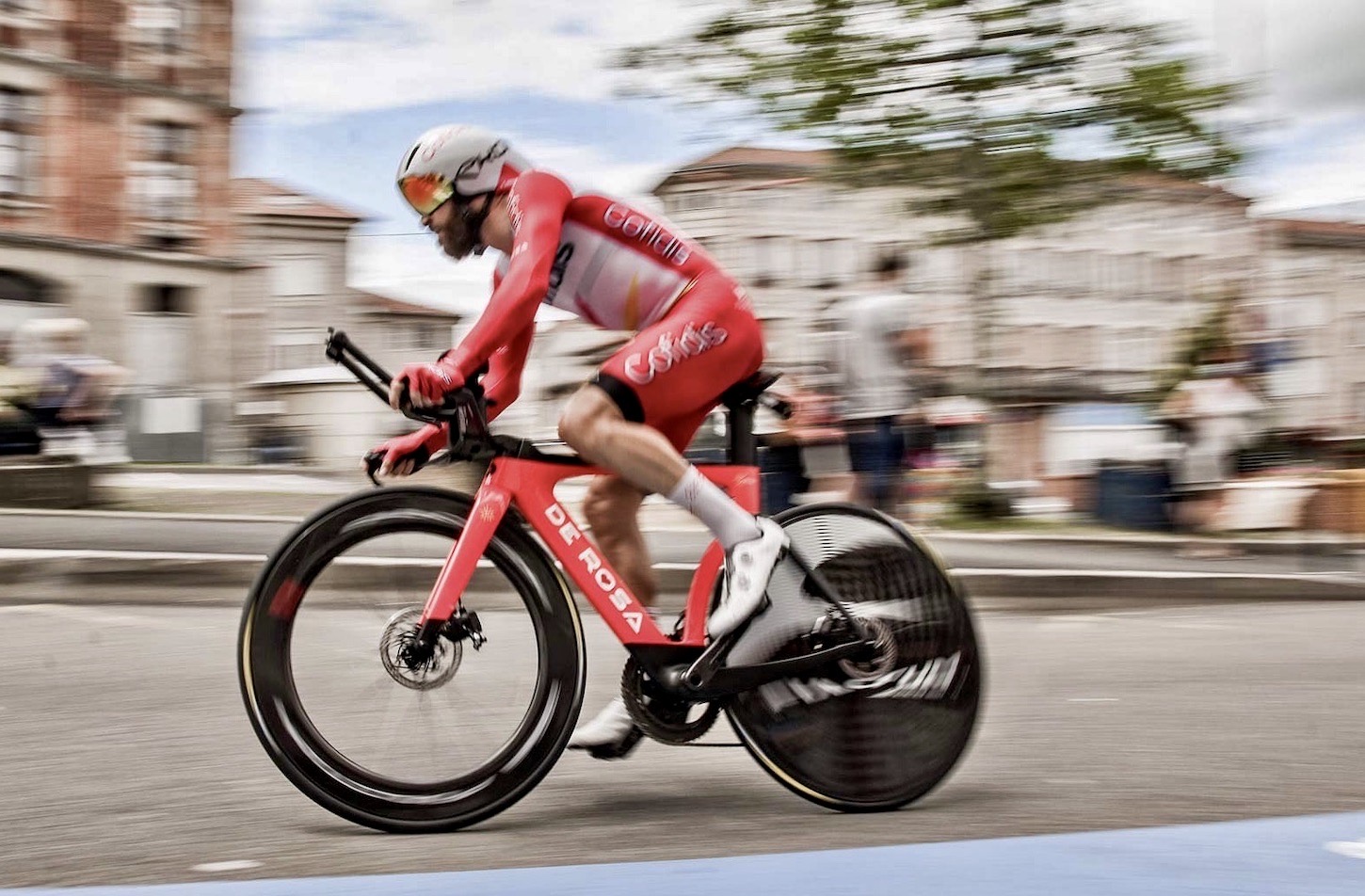 De Rosa is debuting its latest time trial bike called the TT03 Disk, which as its name implies is the first such “crono” bike from the iconic Italian brand to feature disc brakes.

The TT03 Disk was first spotted under the auspices of Team Cofidis at this year’s Tour of Romandie. But, it’s not until now that De Rosa has officially lifted the curtains on the new bike, which needless to say, replaces the outgoing rim brake version.

However, according to De Rosa, the TT03 Disk gets more than just a new braking system, as reduced weight, greater stiffness and better aerodynamics all played important roles in designing the bike, including a new fork called the JW that claims to not only cheat the wind better than its predecessor, but its 80 grams lighter as well.

The new TT03 Disk is available in four stock frame sizes, with color choices limited to the French team’s livery or Silver Flash.

You better be able to plop down some serious lira, as the TT03 Disk frameset alone fetches a staggering $10,000, while a complete bike that’s equipped with a Campagnolo Super Record EPS groupset and carbon Vision TT wheels commands an even heftier price of $16,600.