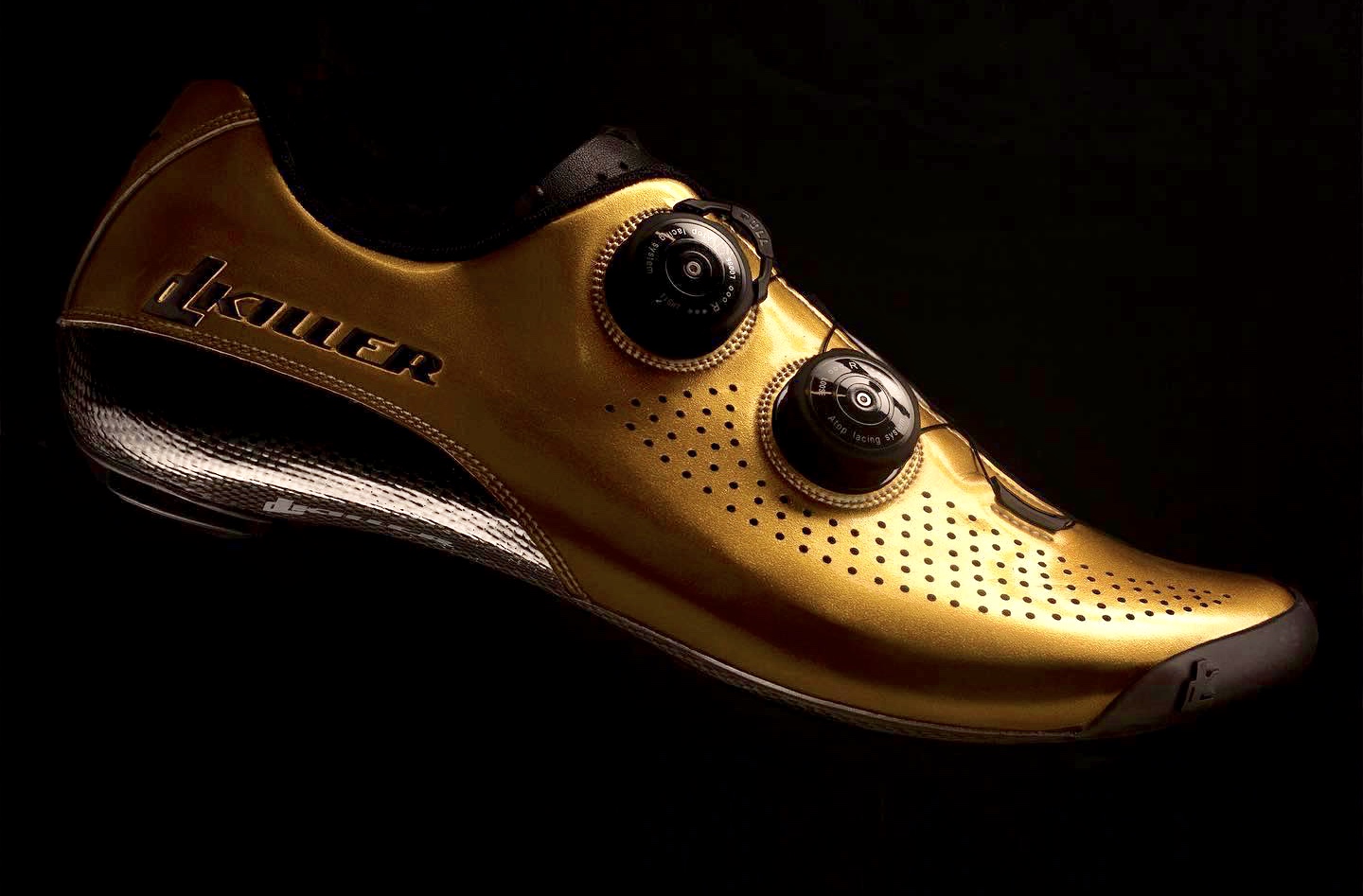 Despite having a fetish-like fondness for cycling shoes, there’s always a brand that escapes our clutches, like DL Killer.

The KS2 builds upon its predecessor, the KS1, touting a revised ATOP dual-dial fastening system, better heel and toe bumpers, improved ventilation and a super-stiff T800 3K carbon fiber sole that’s heat moldable, resulting in a claimed weight of just 250g per shoe in a size 43.

The KS2  is available in white, silver, red and a Liberace inspired gold that sells for £395.

It would be “killer” if we could get our hands on a pair for review!