Do Cars Take Up Too Much Space on City Streets? 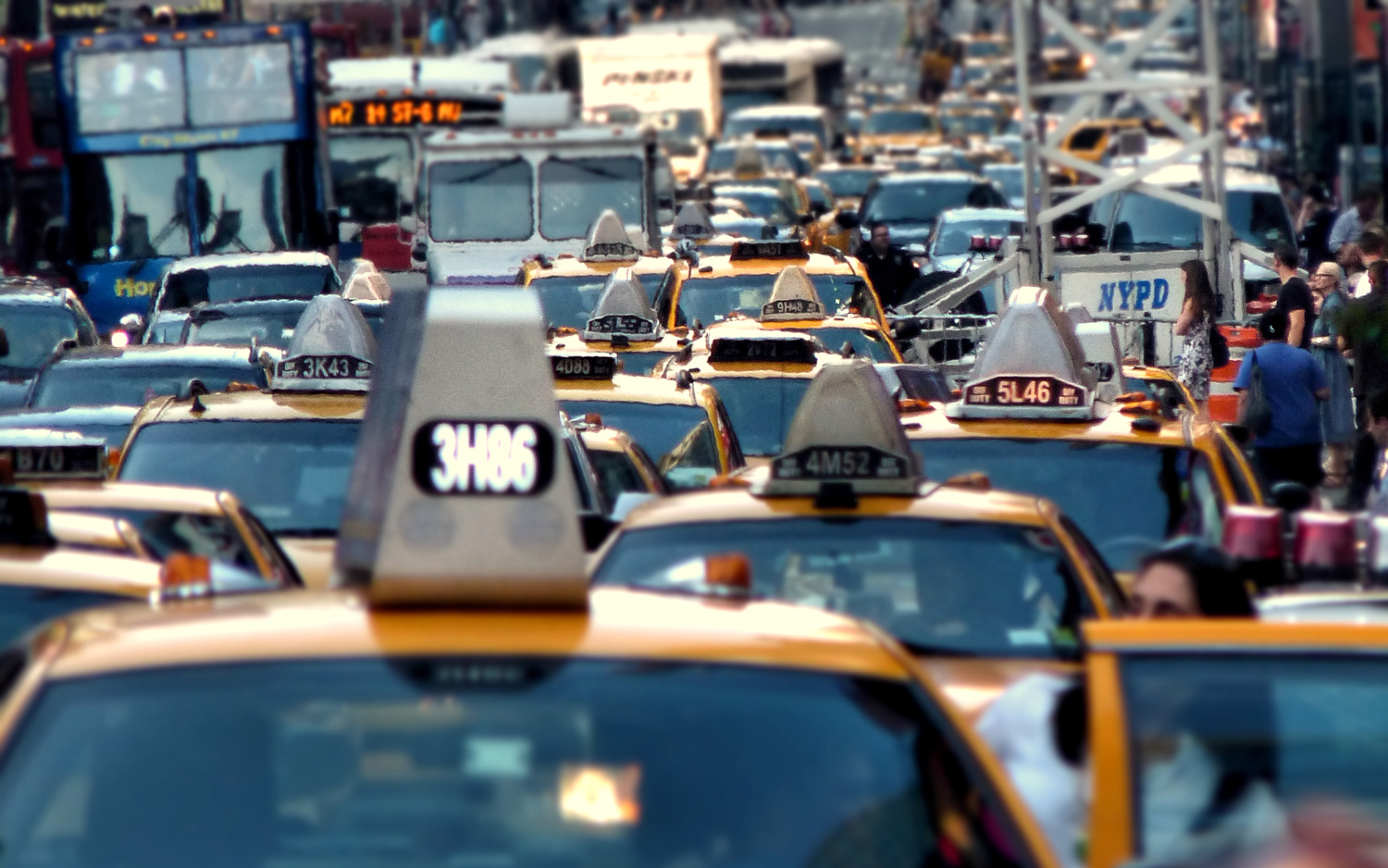 A while ago, we ran some images of cyclists in Latvia protesting in favour of more bike lanes. They’d strapped neon pieces of wood to their bike frames so as they cycled on Riga’s rush-hour roads, they took up the same amount of space as cars:

The protest made an important point: that, of all the arguments in favour of cutting the number of cars on our roads, perhaps the most compelling is one that doesn’t rely on a belief in climate change, or even statistics on car-releated deaths. It’s their sheer size.

The fact is, in cities where space is limited, giant, motorized boxes carrying an average of two or three people are a massively inefficient form of transport. Handing over a huge proportion of our public space (it’s around 80 per cent in London) to roads populated overridingly by cars might not be the best idea either.

The Latvian protest was far from the first to make this argument. Here are some of the other visualisations we think make the point best.

How much space do cars actually take up?

The Copenhagenize cycling blog recently analysed transport modes at intersections in Paris, Calgary and Tokyo. The resulting diagrams, which compare the number of transporation devices with the space given over to them, look a little like this:

The clusters of dots in small areas shows how space for cars seems to be prioritised. Or, as the blog’s creator, Mikael Colville-Anderson, would have it, the “blatant injustice of space allocation”.

What if roads were giant holes in the ground?

Ok, this one’s a bit dramatic. But for busy streets, or in cities where jaywalking’s illegal, it’s not such a ridiculous representation. At the very least, the picture highlights just how much space is taken up by roads, compared to crosswalks and sidewalks.

How much space do 69 people take up?

This next image was created by the Cycling Promotion Fund earlier this year. It shows how much road space a group of people take up using cars, a bus, bikes, or standing in a group:

Turns out it’s not such a new concept, though. This bus promotion poster circulated in London in the 1960s:

These bike parking areas, like our friends the Latvian cyclists, make a pointed comment on how space usually occupied by cars can be used. A single parking space, it turns out, could store 10 to 15 bikes.

For more on parking, see this video below, on how Zurich froze the number of downtown parking spaces in 1996 and, amazingly, the city continued to function. In this case, demand fell with parking supply: once cars weren’t so convenient, residents turned to walking, cycling and public transport.

*This article first appeared in CityMetric, at http://www.citymetric.com/transport/pictures-do-cars-take-too-much-space-city-streets-483, and we have republished it with their permission.