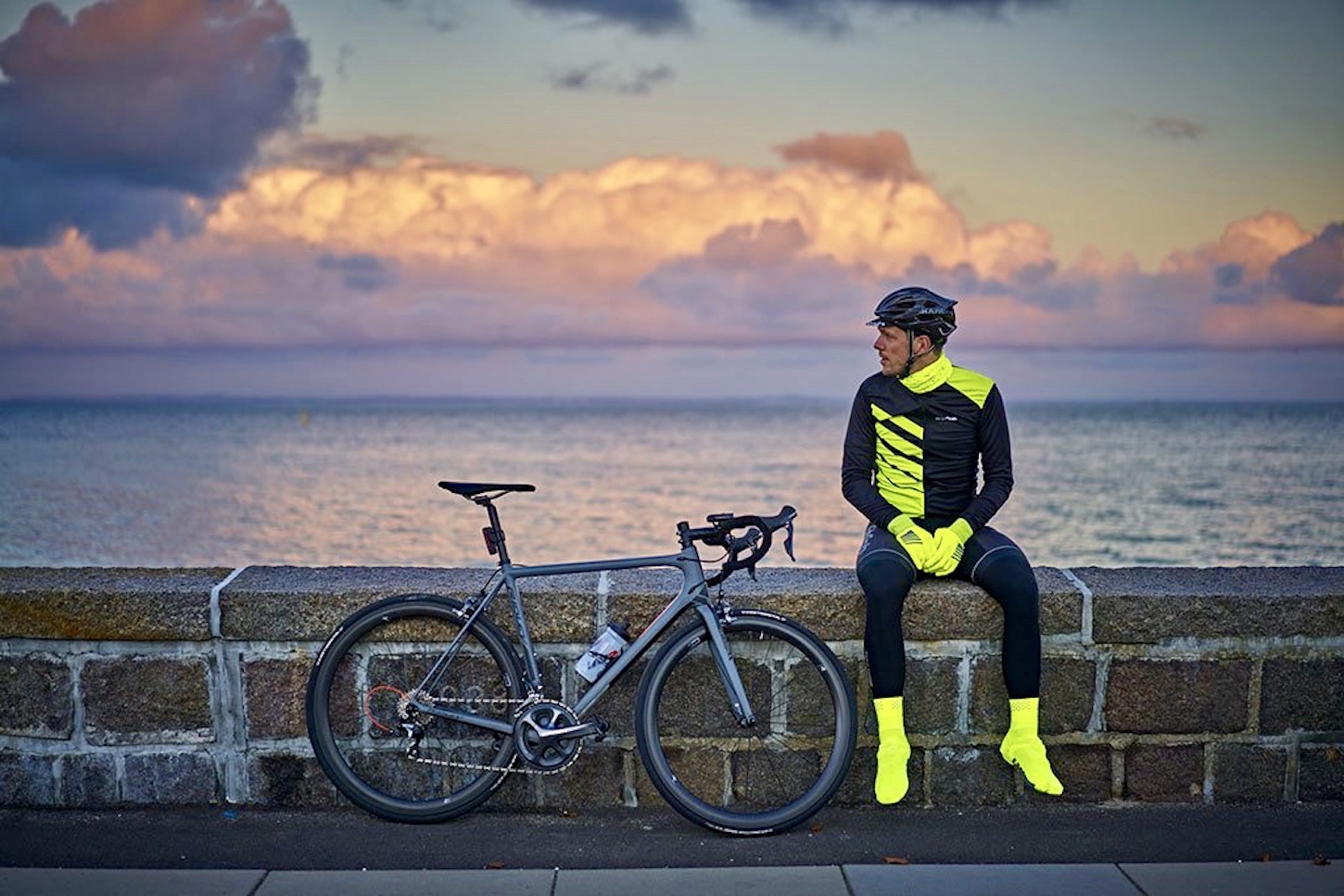 According to a recent study carried out by researchers in Canada, motorists tend to give cyclists wearing high-visibility apparel more room on the road, compared to those who don’t.

“The vests, with arrows directing traffic away from pedestrians and cyclists, have shown to reduce the number of traffic accidents involving these groups,” explain the searchers.

The study’s lead researcher, Gordon Lovegrove, suggests high-visibility apparel combined with driver education could lead to a significant reduction in accidents and fatalities.

Almost half of the world’s traffic fatalities involve pedestrians and cyclists according to the World Health Organization. And, while improved vehicle designs and technologies can protect drivers, vulnerable road users (VRUs) such as cyclists and pedestrians, rely primarily on infrastructure systems such as separated sidewalks, bike paths and extended cycling-ways to reduce their risk, he explains.

“Safer vehicle designs and their supporting infrastructure networks have been planned, designed, funded, built, operated, monitored and maintained for decades in a relatively comprehensive state,” says Lovegrove. “However, the same cannot be said for vulnerable road users, which have been gaining in popularity as an alternative transportation mode in recent decades.”

Lovegrove, along with fellow researcher, Takuro Shoji, began their study by reviewing previous projects focused on the role communication plays in the safety of vulnerable road users.

“We were curious to find out if communication aids like signage could possibly be more important than visibility aids like reflectors,” says Lovegrove.

Using proprietary high-visibility cycling apparel that features an arrow symbol, the team of researchers investigated cyclists’ perception of driver responses. Although the research was based on a relatively small sample size, results indicate that passing traffic gave cyclists more respect by slowing their speeds and providing wider berths when the riders were wearing reflective apparel with an arrow symbol.

Lovegrove’s research involved road tests using cyclists with and without visibility vests, as well vests with differing graphics or communication tools. An online survey also determined participants showed a preference for the arrow vest design, including comments that it was felt to be the most effective and conveyed a safer ‘keep left’ message.

“It’s funny that sometimes small visual cues for drivers can have a big impact,” says Lovegrove. “Drivers have the narrowest margin of error in traffic environments due to the masses they control and the speeds at which they travel.”

Lovegrove points out that ‘be safe, be seen’ is a statement often used when it comes to the safety of VRUs. For example, cyclists have been advised — or in some jurisdictions mandated — to use helmets, front and rear lights, reflectors and brightly-coloured clothing with retroreflective markings.

“This reflects a prevalent belief that visibility is the key to reducing vehicle-cyclist collisions,” he adds. “While overall detectability on the road is critical, evidence suggests that current conspicuity aids cannot provide sustainable safety in their current form, and a more optimal design is needed.”

He adds that improvements to infrastructure for VRUs need more investments. However, many governments and road authorities lack capital or have not made it a priority to implement full VRU safety measures, with many gaps in infrastructure and networks.

“These gaps leave VRUs to take safety into their own hands, including use of conspicuity aids such as high-visibility wear, helmets, bells, and lights with differing levels of effectiveness,” he adds. “Until improved infrastructure networks are fully funded and completed, we hypothesize that communication aids are equally, if not more important, than visibility aids for VRU safety.”

The research, which was funded by the Natural Sciences and Engineering Research Council of Canada, was published in the latest edition of the journal Sustainability.