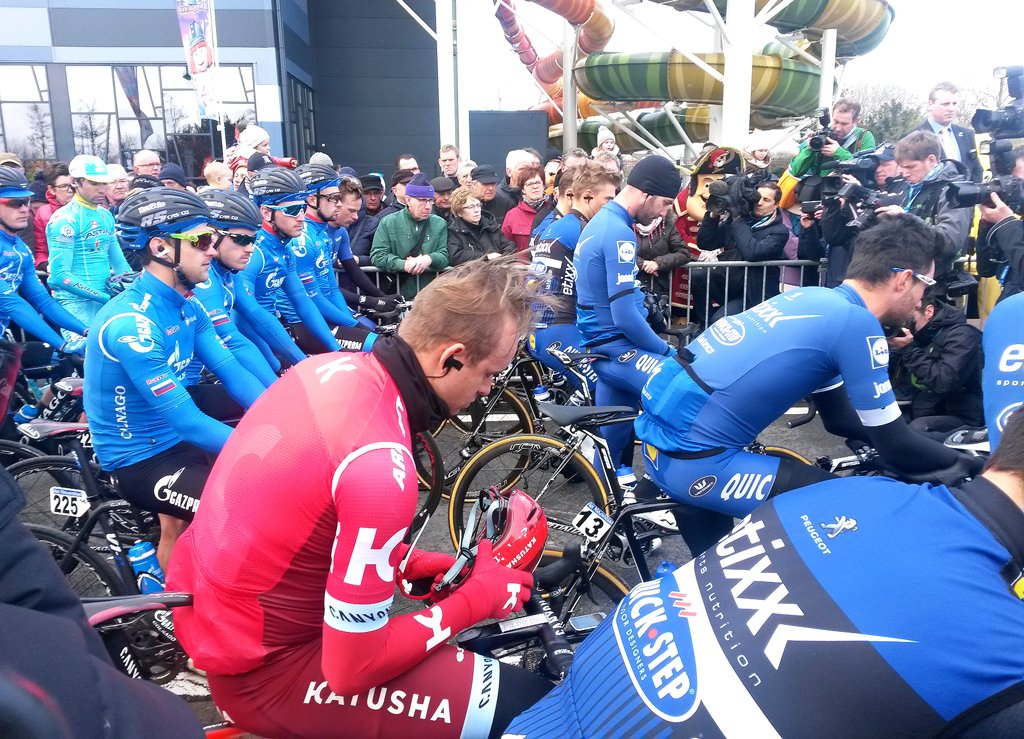 Kristoff emerged victorious, against the Team Astana duo of Alexey Lutsenko and Lieuwe Westra with a well-timed dash for the line.

Meanwhile, Luke Rowe (Sky), who was part of the breakaway group, but punctured on the final climb of the Muur de Geraadsbergen, finished in fifth place, just behind Mads Pedersen (Stölting Service Group).

Disaster struck for Rowe, after he punctured and was forced to accept a rear wheel from neutral service. This led to a slow start for the Welsh rider, who struggled to catch back up.

Kristoff, Lutsenko, Westra, Pedersen and Rowe, were all part of a final breakaway group, that managed to ride clear of the peloton during the last 30 kilometers.

“It was really hard,” he explained, adding that today’s stage was his first day of intensity since the E3 Harelbeke, where he first fell ill. “I felt good in the start but after 100km, I started to feel bad. But I think it was that way for everyone, it was a hard day. It split apart from kilometer zero, and it was all day a bloc. I was all the time in the front but we never got a big gap, it was always close.”

“Westra was the strongest one of the group, he was pulling me and Lutsenko all the way to the line almost. I tried to contribute but I didn’t really have the legs. In the end I managed to survive and I was there at the end. I’ve been a bit sick, and I think I needed this day. I hope I have better legs tomorrow, I was suffering all day today. In the end I managed to win but I was really struggling.”

“They were also riding for the classement. I know Westra is really good in the time trial, and they are in a good position now. They were riding for this so they didn’t attack me so early.”

Kristoff played down his own chances of overall success, perhaps keen to save his legs for Sunday’s Tour of Flanders.

“I didn’t feel as strong as I did last year. I think I’ll suffer a bit to do a good time trial. I will try though, we’ll see how it goes.”