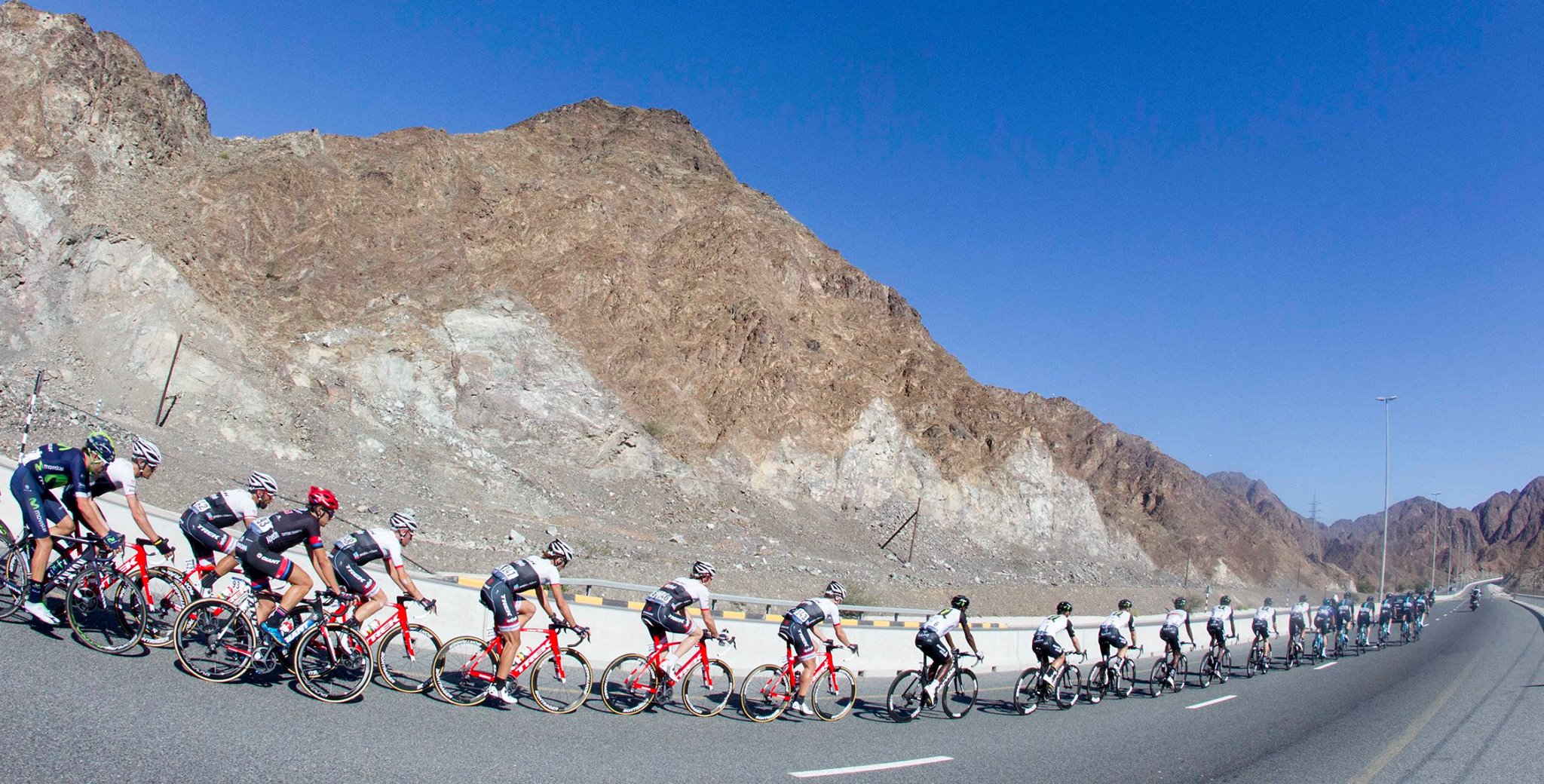 Marcel Kittel (Etixx-QuickStep) won the fourth and final stage of the Dubai Tour in a sprint finish ahead of Elia Viviani and Mark Cavendish today, which not only netted the German rider the stage win, but claimed him the overall race victory as well.

Knowing that only 6 seconds stood between him and race leader Giacomo Nizzolo, Kittel knew heading into today’s stage, that victory was possible.

“In the morning, at the technical meeting, we said it’s going to be all or nothing and that we’re going to focus only on the final sprint. During the stage, we stayed calm and moved to the front at the right moment. The key in the Dubai Tour is to have a strong team all the time, and I had one, which gave 100% for me. I was in an ideal position coming to the line and didn’t think at all of my opponents, just focused on doing things right. Now I’m very happy”, said the German, who credited his strong ride on the Hatta Dam climb as being decisive in the final outcome: “That was the most important day of the race. It was a very hard ascent, with a 17% gradient, but I was in form and wanted to show what I can do on such a tough finish.”

From there, the race came ultimately came down to a duel between Etixx – QuickStep and Trek Factory-Segafredo inside the final 5 kilometers.

Thanks to an excellent leadout provided by his teammate, Fabio Sabatini, Kittel found himself in perfect position heading into the last corner, before executing one of his signature accelerations, that left Viviani and Cavendish unable to match.

As result of bonus seconds scored at the Burj Khalifa finish, it was enough to award Kittel the overall points classification as well, earning the Etixx rider the coveted sprinter’s red jersey, along with the overall title.

“It’s really awesome, it gives you a fantastic feeling to cap off the week like that. We trained a lot for the Dubai Tour in the winter and we were fully committed, not only because it was my first race of the season, but also because it was an opportunity to see how the train and the lead-out work. I’m more than satisfied with the way things went and I think we can all be proud. Now I’m even more motivated, and I can’t wait for the next races to come.”