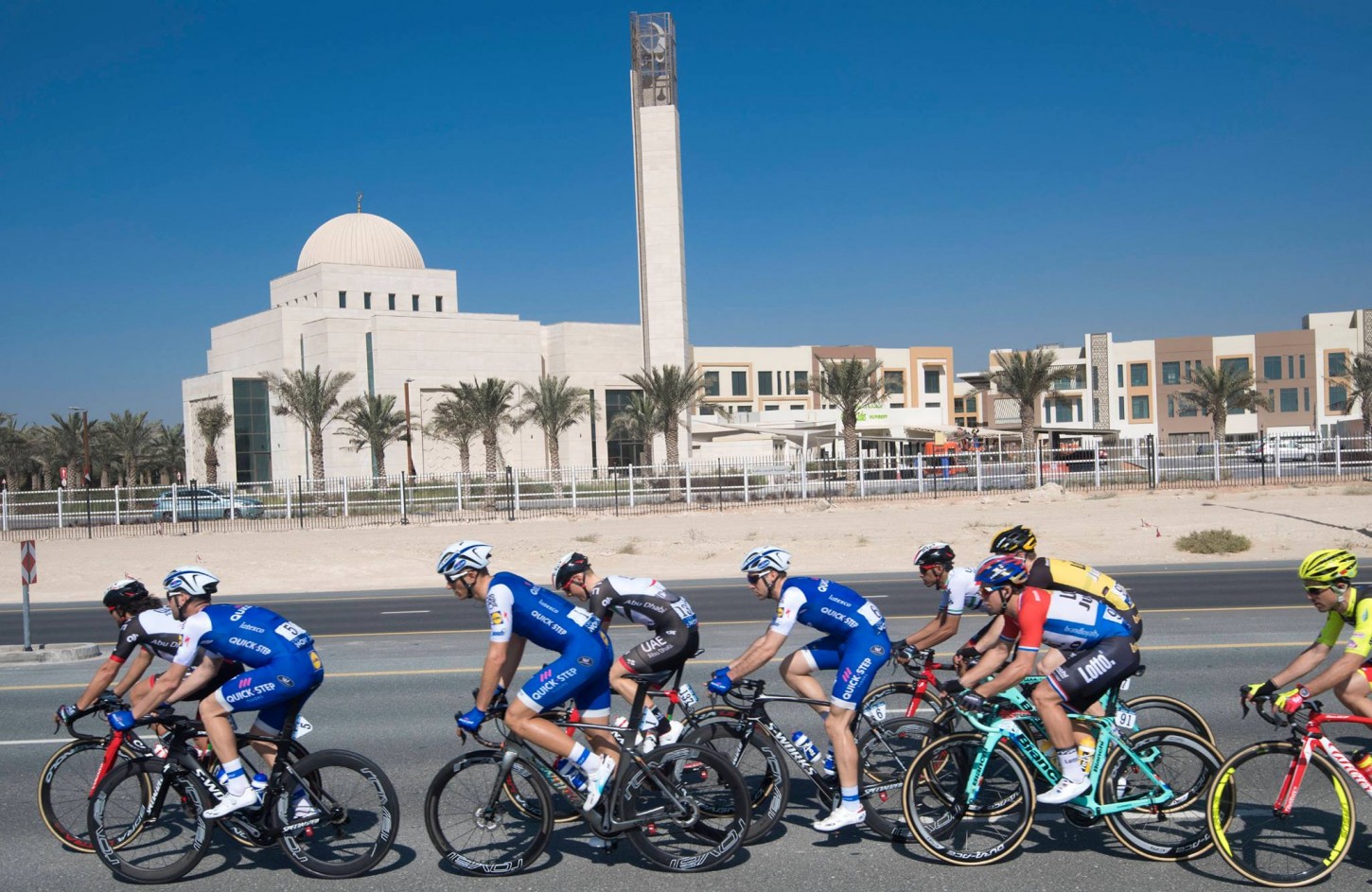 Marcel Kittel (Quick-Step Floors) sprinted to victory during the opening stage of the Dubai Tour today.

The German powerhouse was delivered into perfect position by his QuickStep teammates during the closing 150 meters to hold-off Dylan Groenewegen (Lotto Jumbo NL), while a late puncture relegated Mark Cavendish (Dimension Data) to a third place finish.

Boem was the first in the group to lose contact with his breakaway companions, while the peloton intensified its chase.

The escapees were eventually reined in during the final 10 kilometers under the auspices of Quick-Step’s Bob Jungels who to lead the chase effort in earnest.

From there, teams began jockeying for position as they ushered their respective sprinters into place.

As the race made its way into the final three kilometers, Quick-Step continued to dominate the front, while Cavendish proceeded to latch onto Kittel’s wheel.

In turn, Adam Blythe attached himself to Cavendish, while Groenewegen, Elia Viviani (Team Sky) and John Degenkolb (Tek-Segafredo) moved into the fray as well.

However, a concerted effort by QuickStep to move Kittel into perfect position proved unassailable by Cavendish et al, as the German sprinter easily held-off his rivals to seize the stage honors and his first victory of the season.