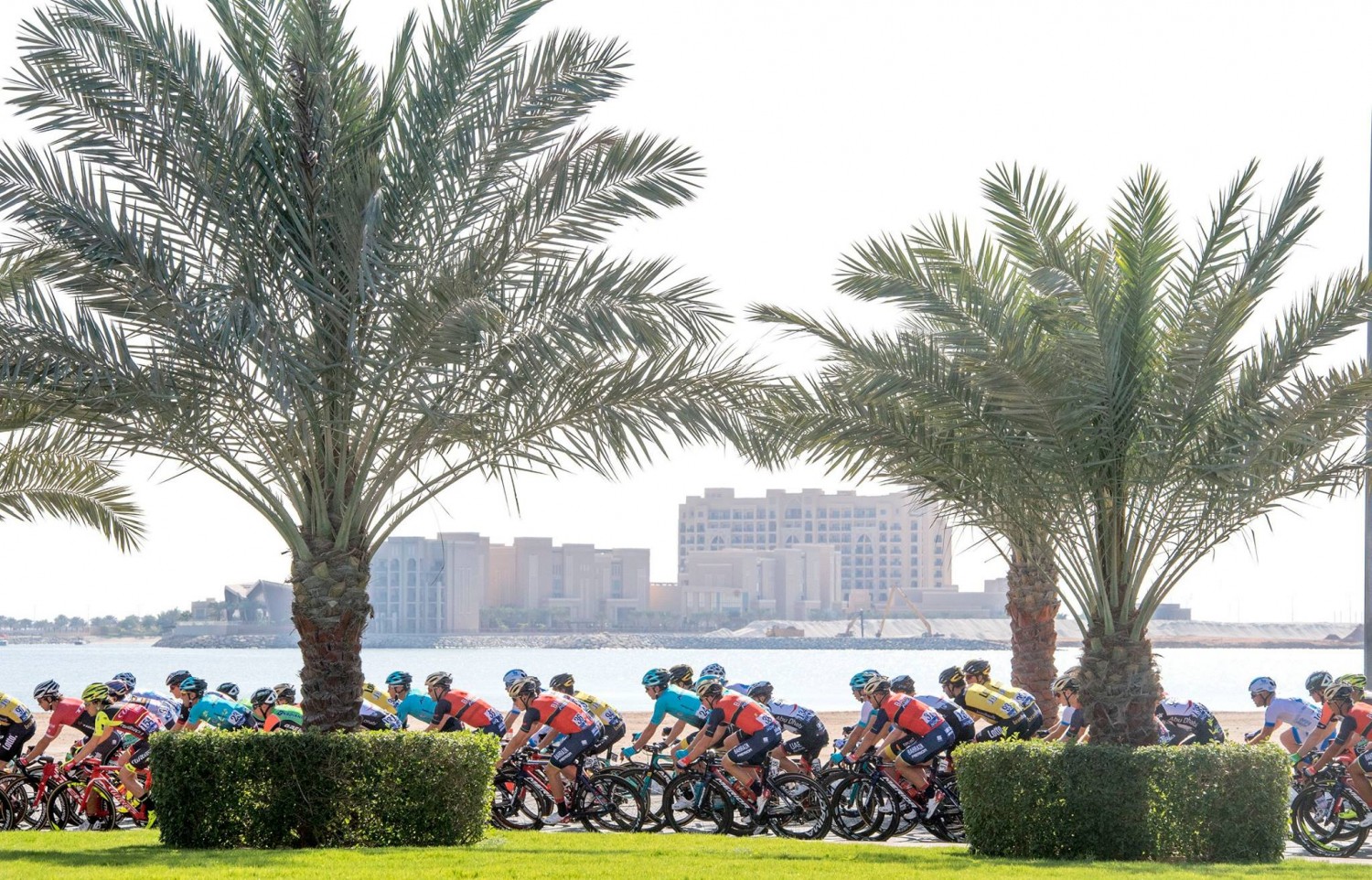 “Today was a difficult one. The final was different and tricky, and as a result there wasn’t an opportunity to stretch out the peloton, but adapting to different race situations shows the strength of the team. The guys did once again an incredible job, Fabio brought me to the front when it mattered, Matteo kept the speed high, and I jumped from wheel to wheel and managed to take the victory. It’s nice to win also like this”, said Kittel, who not only leads the overall race, but also the points classification as well.

The peloton kept a watchful eye over the day’s breakaway group which contained Mark Christian (Aqua Blue), Simone Andreetta (Bardiani-CSF), Jumpy Drucker (BMC), Peter Williams (One Pro Cycling), and Yousif Mirza (UAE Abu Dhabi), that at one point had established an advantage of more than 4 minutes over the chase after riding clear during the opening 20 kilometers.

From there, Drucker claimed both intermediate sprints before sitting up and returning back into the clutches of the peloton.

However, it wasn’t long after before the remaining quartet was reeled in by the peloton with 11 kilometers remaining.

Both Trek Segafredo and QuickStep then began amassing at the front, before being joined by Lotto NL-Jumbo, Baradian CSF, BMC Racing and Wilier Triestina.

With less than 2 kilometers to go, Lotto NL-Jumbo was leading the peloton home, while QuickStep proceeded to mark the Dutch squad’s every move.

Finding a clear line, Kittel began to open up his sprint alongside Mark Cavendish (Dimension Data), who later found himself blocked by Groenewegen.

Thanks to an excellent lead-out by his teammates, Kittel was able to overtake both riders and fend-off a fast approaching Mareczko to once again seize the stage honors with a well-timed sprint for the finish.