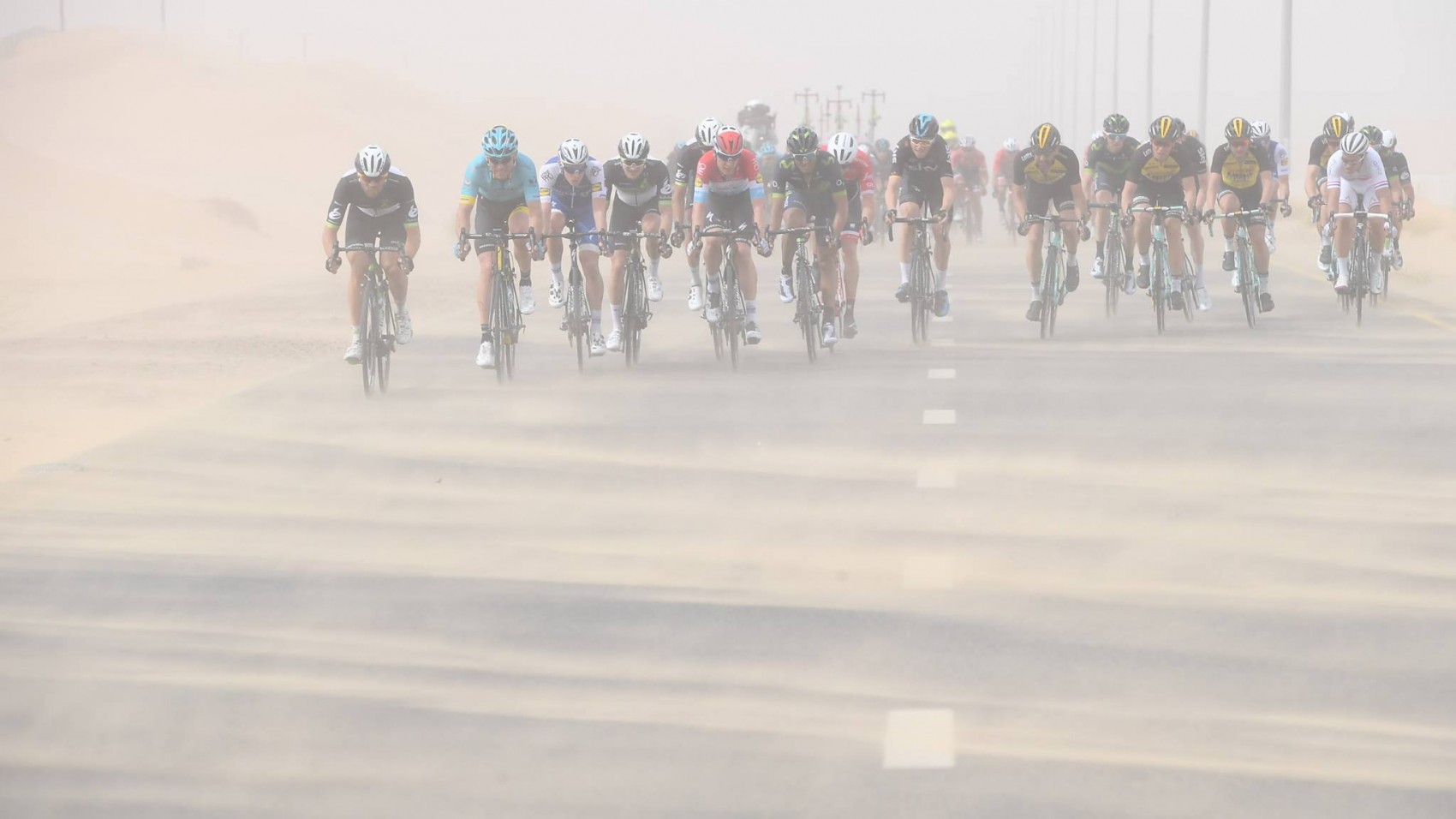 Third time’s a charm, as John Degenkolb timed his jump perfectly and sprinted to his first win this season, and first for Trek-Segafredo, in stage three at the Dubai Tour.

After two stages of finishing fourth, Degenkolb – positioned perfectly again by the Trek-Segafredo leadout – nailed the finale Thursday, this time waiting before jumping around Janse van Rensburg (Dimension Data) in the final meters to grab a huge victory.

“I am very happy with this victory,” said a jubilant Degenkolb after the finish. “I really wanted to get this win for the teammates, for the whole team. They did such a tremendous job, and they really deserve the win.”

“It was pretty hard the last two kilometers,” he continued. “We had to come from pretty far back, but we as a team kept really calm and waited for the moment. It was most important we stayed together and helped each other. We had a super good leadout, and I could jump on Kiel’s (Reijnen) wheel and then luckily I could overtake [van Rensburg] in the last few meters. It was just perfect; the timing was right.”

The wind finally reared its head in the 200-kilometer stage three, first as a blistering tailwind, then in a crazy sand-blown crosswind that caused splits with echelons forming in the peloton. In one moment, Degenkolb was caught in the second group with Marcel Kittel (Quick Step-Floors), but eventually, the two groups rejoined.

“It was truly amazing, crazy, an epic stage I think,” said Degenkolb. “I was at the limit all day. In the crosswinds, I wasn’t immediately in the first group, but I fought hard to rejoin them. During the stage, I thought that we are crazy to do this! We spoke to the commissaires to find a solution we all could be happy with, but by the time we did this, it was clear it would be better in a few moments.”

“Races like these are also mental games. It is great to get such great support from your teammates. For me, that’s crucial because these races you also win them in the head. The team kept believing in me even if I didn’t feel super great after the sandstorm.”

In the last few kilometers, Degenkolb briefly lost the wheels of his two trusted leadout men, Kiel Reijnen and Koen de Kort. Just as all appeared lost, Dege resurfaced with just over a kilometer remaining and Reijnen – who has relished in his leadout role for Degenkolb – leapt into action. He brought his two teammates to 500 meters, where Koen added the last touch and Dege polished it off with the win.

With his 10-second bonus, Degenkolb and moved into third place in the overall. Kittel maintained the leader’s jersey over Dylan Groenewegen (LottoNL-Jumbo) by eight seconds, leaving a wide-open and exciting battle ahead of the medium mountain stage tomorrow.

Degenkolb: “In the end, it was amazing to see the team working this hard and to be able to give them the victory.” When we asked him how does the win feel for you, Degenkolb replied: “For me, it was more important to give the team the victory. I am really happy to get the trust from them – this feeling is just amazing.”