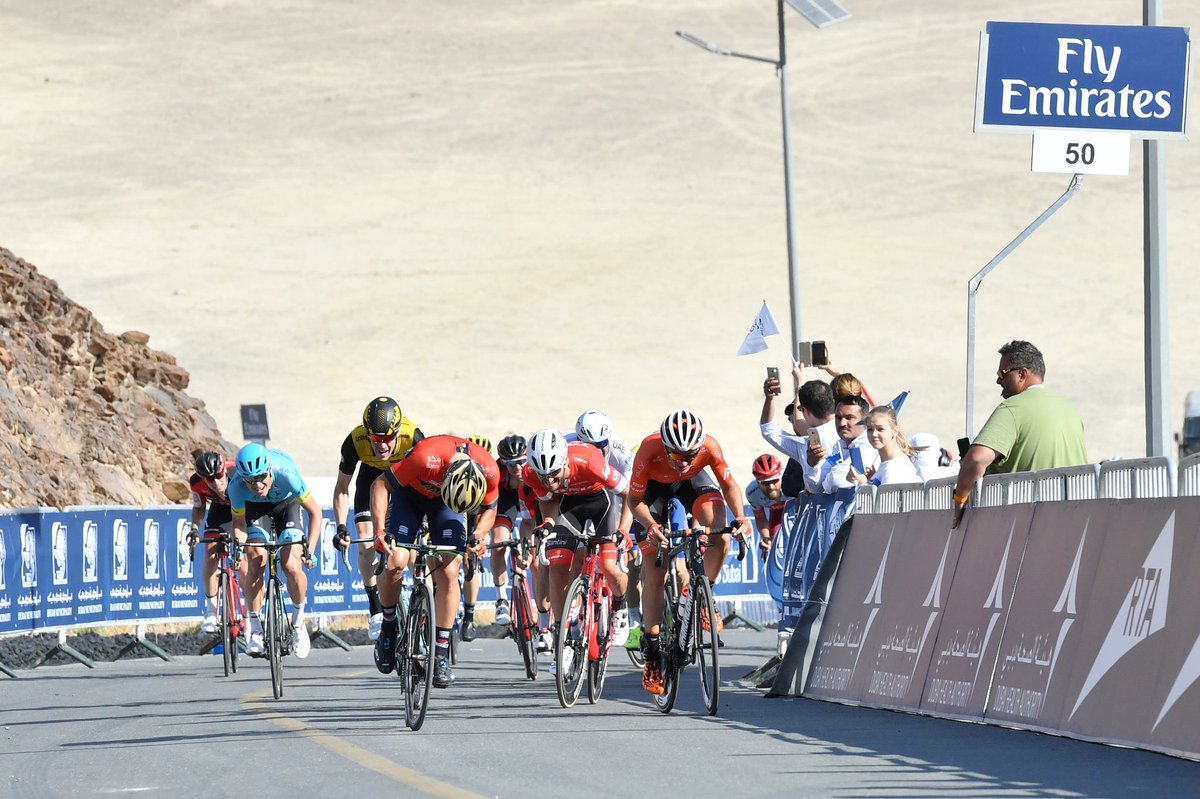 Sonny Colbrelli (Bahrein Merida) won the “queen” stage in this year’s Dubai Tour today, in a frenzied sprint to the finish atop the Hatta Dam.

Meanwhile, Magnus Cort Nielsen, who had finished third during Stage 2, emerged second-best as Timo Roosen of Team Lotto NL secured the final spot on the podium.

Colbrelli said after triumphing: “I really wanted to win today because the team has been working for me since day one. I was close yesterday. Today, again, Bahrain-Merida has done a great job.”

“I launched the sprint from very far out because I had a mechanical and I was stuck on the 53. I couldn’t wait for this race to end. The last 50 metres looked to me like an infinity. This victory means a lot for my team and is very important for my morale. Even without being the favorites, we raced as a team like leaders.”

Viviani holds a two-second lead from Cort ahead of Saturday’s Stage 5, the Meraas Stage, which is 132km in length.

Despite holding the lead, the Italian is taking nothing for granted.

He said: “The race isn’t over yet. Two seconds advantage over Cort Nielsen isn’t much, considering how strong he is … but we have a strong team. It was the case again to close the gap on the breakaway riders.”

“I’m happy with the result because the goal was to defend the Blue Jjersey. I think I couldn’t do more than this. When Colbrelli went, I thought my legs were dying. I just have to do my best sprint tomorrow to win the Dubai Tour and possibly another stage.”

The stage began at Skydive Dubai and finished 172 kilometers later at Hatta Dam. The finale consisted of a short but tough climb, although this did not keep the sprinters from dominating the stage.

A group of six riders featuring Robin Carpenter, Brandon McNulty, Christopher Williams, Xiaolong Sun, Simone Bevilacqua and Conor Dunne attacked in the opening phase of today’s stage, later building up an advantage of more than six minutes over the peloton.

However, the group was slowly reduced as the stage went on, leaving McNulty as the alone survivor until he was reeled in during the final climb.