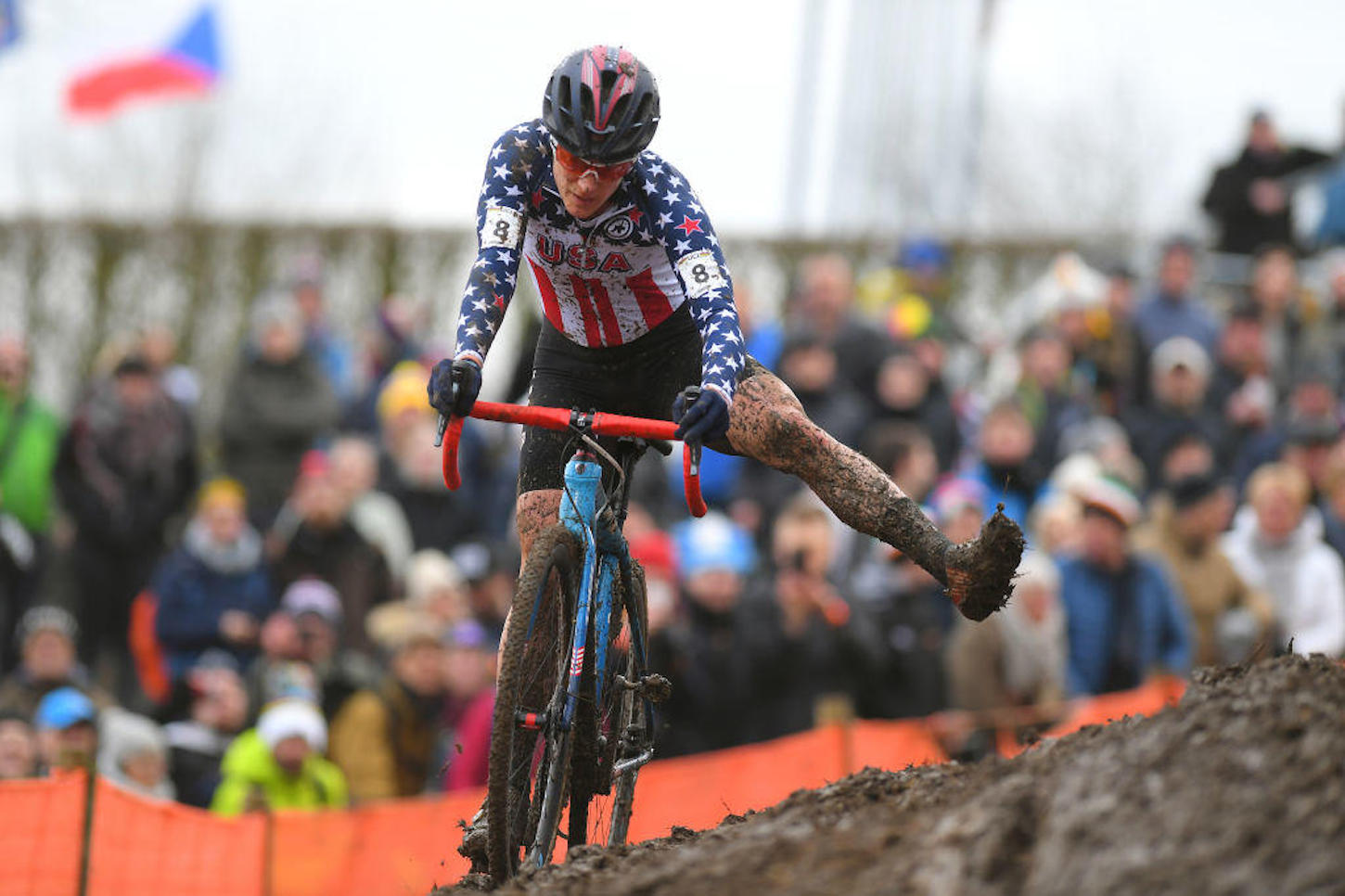 Winter’s main showdown is on the horizon. Dübendorf is already buzzing as the Swiss town prepares to welcome some 270 riders and around 20,000 fans from around the planet for the 2020 UCI Cyclocross World Championships on February 1-2. In the unprecedented setting of an airfield, a very heated atmosphere will keep everyone warm while the riders indulge in some wet racing through the mud with dark clouds looming in the Swiss sky.

After the introduction of the Women Under 23 category to the Worlds in 2016, a rainbow jersey will be awarded to the best female Junior rider for the first time, as the category joins the competition program in Dübendorf.

Riders from the newly Women Junior category will get the first shot at the rainbow glory on Saturday morning. Junior events have been on the rise in many countries and a strong international participation is expected in Dübendorf, with 46 riders entered.

The Netherlands’ Shirin Van Anrooij, Junior Women bronze medallist at the 2019 European Cyclocross Championships and also a confirmed road cyclist (2019 European Champion in the Junior time trial and silver medallist in the speciality at the 2019 UCI Road World Championships in Yorkshire), has been impressing this season and will be a big favorite.  Meanwhile, Swiss riders will try to kick off their home event in the best fashion with a four-woman selection led by the National Junior Champion Nicole Göldi, and riders such as the Pan-American Junior Champion Madigan Munro (USA) have proven throughout the winter that they are more than capable of expressing their talents on European soil.

The Women Junior race will also be the first opportunity to witness racing action on this newly designed circuit after the official training sessions.

The chances of a local triumph might be at their highest in the Men Under 23 race. Kevin Kuhn has already claimed success this season on home soil as he won his category’s opening round of the 2019-2020 Telenet UCI Cyclocross World Cup in Bern. He went on to dominate the overall standings with two more victories and impressive consistency at the highest level.

His strongest challenger could very well be the Dutchman Ryan Kamp after his impressive run at the end of the season, including victory on his home soil last weekend, in Hoogerheide. But with the likes of Antoine Benoist (France), Niels Vandeputte (Belgium), Thomas Mein (Great Britain) and Jakob Dorigoni (Italy), this category displays a wide range of talents from many countries.

Dutch fireworks are strongly expected in the Dübendorf airfield on Saturday afternoon. Riders from the Netherlands have dominated the season including seven victories out of nine UCI World Cup events shared between Annemarie Worst, Lucinda Brand (with three victories each) and Ceylin del Carmen Alvarado, in Koksijde, Belgium.

“Time to focus on the Worlds”, Alvarado asserted on social media earlier this week, as she renewed her contract with Alpecin-Fenix.

The problem is dominance throughout the season doesn’t always translate into victory at the Worlds. Belgium’s Sanne Cant was second last year in the UCI World Cup overall standings but she still claimed her third rainbow jersey in a row and will aim for a fourth as she chases Marianne Vos’ record of six consecutive victories (2009-2014).

Action will resume on Sunday morning with an event that has consistently brought very special talents to the forefront. In 2018, Ben Tulett succeeded his British compatriot Tom Pidcock and by repeating the victory in 2019 became the second rider to win the Men Junior UCI World Champion title twice in a row, after Mathieu van der Poel in 2012 and 2013. Tulett has now made his mark at the Under 23 level and a new champion is set to rise in Switzerland.

Thibau Nys is the hot favourite after his dominant display all winter long. Only a crash in Hoogerheide impaired his 100% winning record in the UCI World Cup. His young Swiss rival Dario Lillo surged to victory in the final round; a good sign ahead of the Worlds?

Women Under 23: difficult to predict

With Alvarado stepping up to the Elite ranks at 21 years old and with enticing racing all across the winter, the Women Under 23 is one of the most open and interesting races in Dübendorf. Great Britain’s Anna Kay had a strong start to the season and she’s looking for a rebound in Switzerland: she finished third in the Bern round of the Telenet UCI World Cup.

It won’t be easy for her and the rest of the field to resist the new wave of Oranje talent. At 20 years old, Inge van der Heijden will defend the World title she claimed ahead of Alvarado last year. She will be supported by Manon Bakker and Aniek van Alphen in a strong Dutch selection.

Sunday’s main event will be the Men Elite race, at 2.30pm CET, where multiple UCI World Champions Mathieu Van der Poel (the Netherlands) and Wout van Aert (Belgium) will reignite their thrilling duel at the pinnacle of cyclo-cross. The Dutch star has proven to be in top condition, as he balances his schedule between his ambitions across different disciplines – yet he had still managed to win the five 2019-2020 Telenet UCI World Cup rounds he participated in. He is a very hot favourite for a third Elite World Champion title, after his 2015 and 2019 victories.