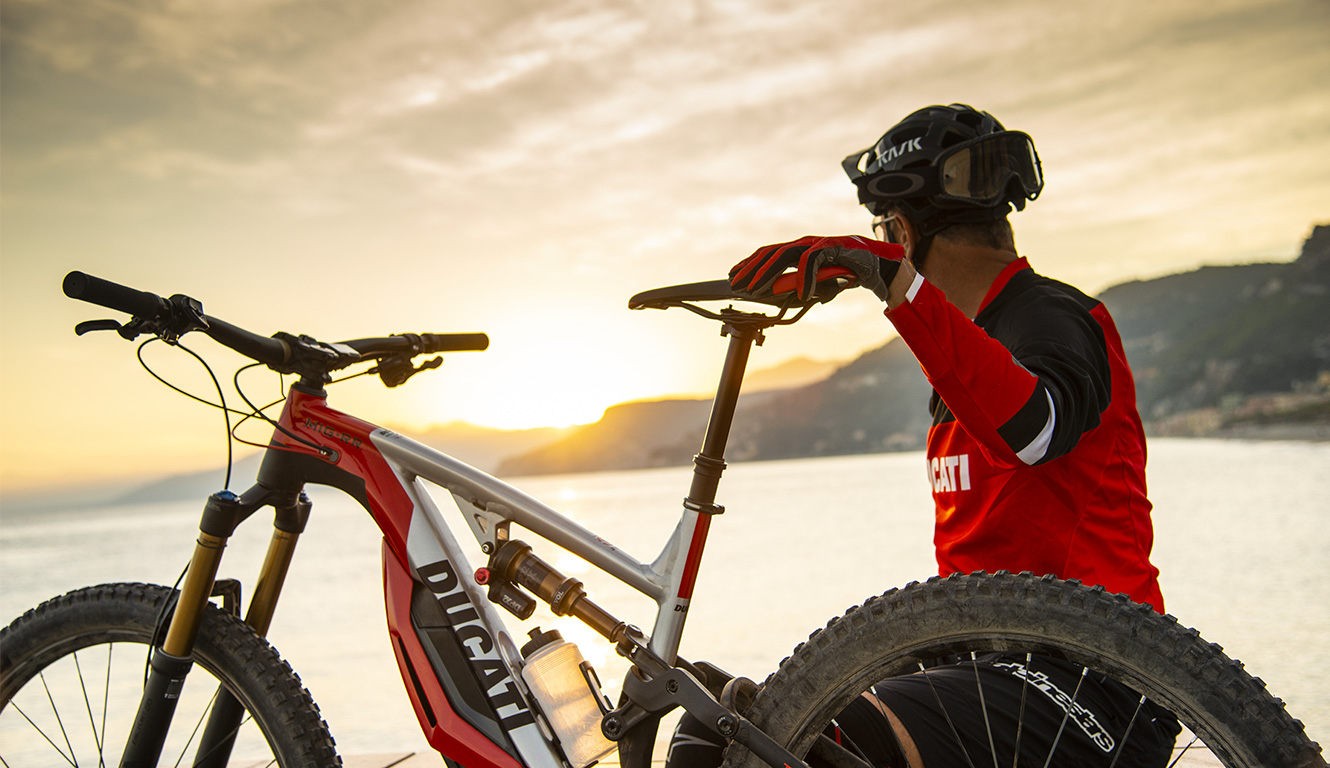 While we’re mainly inveterate roadies here who seldom write anything about mountain bikes, when a storied brand like Ducati announces it’s entering the e-Bike market, it’s news worth writing about.

Ducati chose to position the battery underneath the downtube, claiming that it helps produce a lower center of gravity for the 22.5 kg (49.6 lb) bike.

Although the MIG-RR is currently not being offered for sale on the US market, European buyers will be able to order it online starting in January, with distribution throughout Ducati’s European dealership network beginning next spring.  Pricing will be announced when it debuts at EICMA this month.