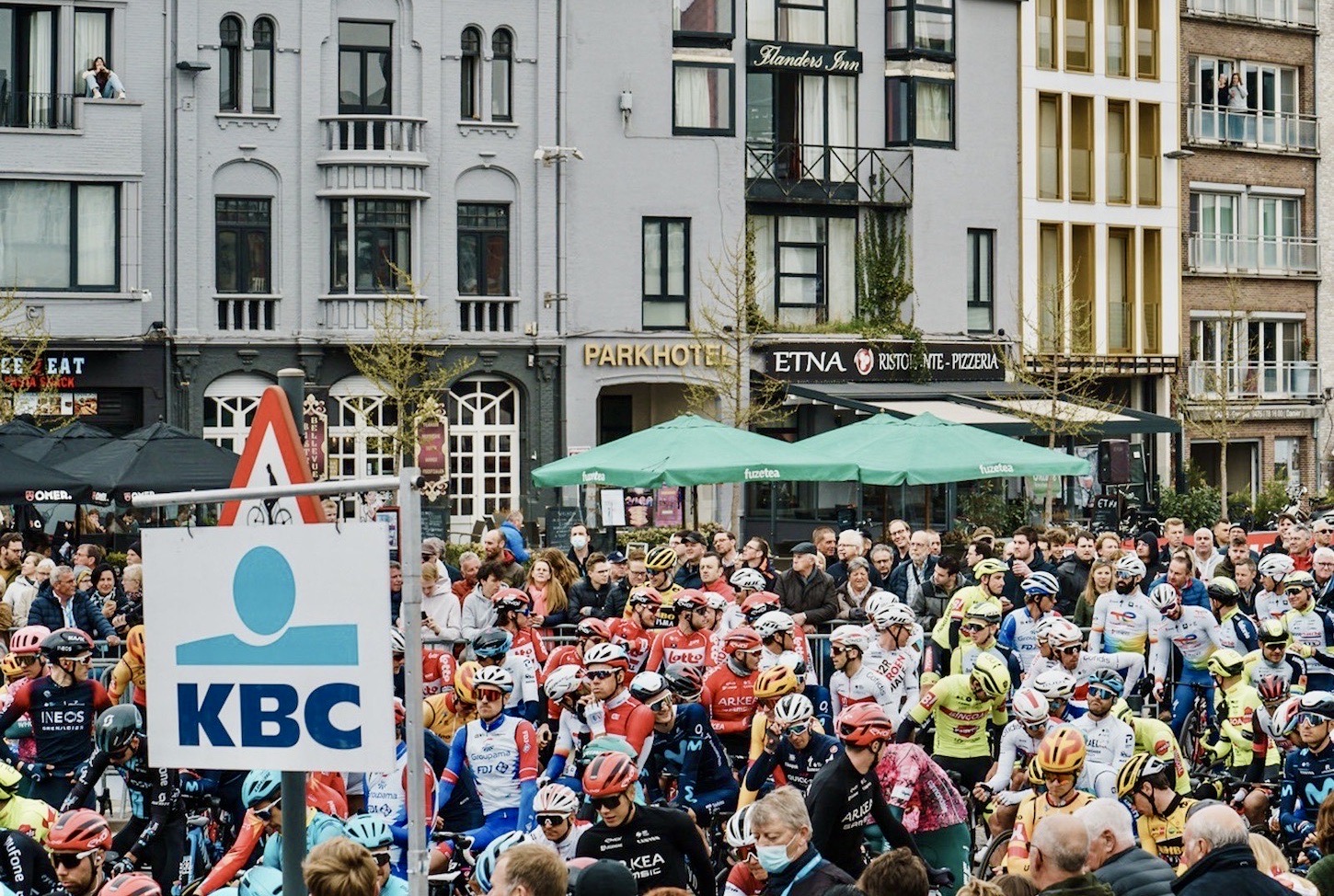 Van der Poel had been part of an eight-rider breakaway group before making his way to Benoot, easily out-powering the Jumbo-Visma rider with a final acceleration that proved insurmountable.

Meanwhile,Tom Pidcock (Ineos Grenadiers) rounded out the podium in third, followed by Victor Campenaerts (Lotto Soudal). Stefan Küng (Groupama-FDJ) and Ben Turner (Ineos Grenadiers) who were also part of the breakaway group that escaped over the final climbs of Berg Ten Houte and Kanarieberg with 8 kilometers to go.

After jettisoning the peloton, the escapees went on to establish an advantage of more than five minutes over the chase.

However, Pogačar’s solo effort didn’t last long, as the Slovenian rider was eventually reeled back in with 48 kilometers to go, later touching wheels with Oliver Naessen (AG2R-Citroën) that sent the Belgian rider and two others to the ground.

From there, the breakaway was eventually caught, now forming an 11-rider group with 20 kilometers remaining.

Not long after, Campenaerts commenced a series of attacks, but to no avail, with each of his moves being covered by Benoot, van der Poel, and Pidcock.

Benoot later tried an attack of his own, a move that was quickly covered by van der Poel.

With just 3 kilometers to go, Campenaerts and Benoot again tried their luck, with Küng, Pidcock and van der Poel quick to respond.

Aan der Poel and Benoot were subsequently able to open up a slight gap, while Pidock et al struggled to stay on terms.

With just a few hundred meters to go, van der made his winning move, leaving Benoot the only option of sitting up and clapping in support of his Dutch rival as he crossed the finish ahead.