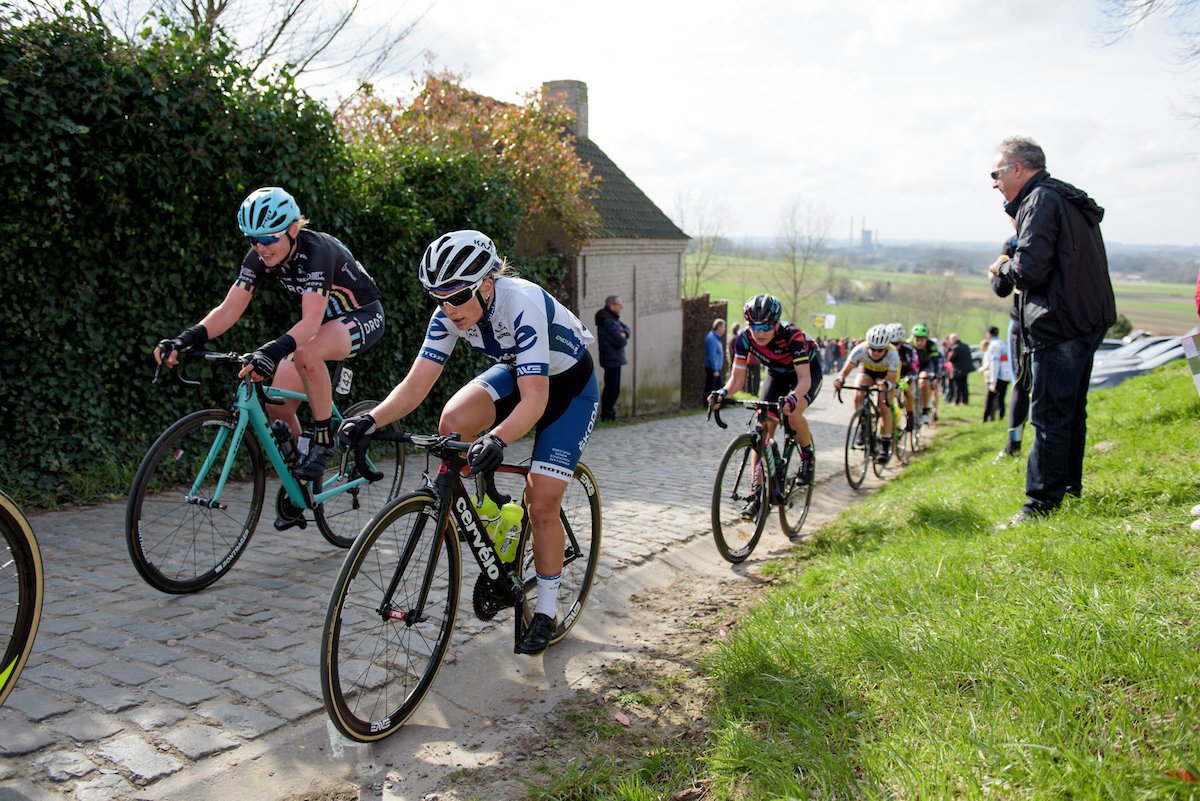 Indeed, the Finnish rider out-sprinted Gracie Elvin (Orica-Scott) and Lisa Brennauer (Canyon-SRAM) to claim her first victory of the season, after the peloton succeeded in pulling back Hannah Barnes, when the Canyon-SRAM commenced a solo attack during the last few kilometers.

A group of 16 riders managed to ride clear on the second of two climbs over the Oude Kwaremont and Paterberg, with the Finnish champion being the last rider to bridge her way to the group.

“I just started passing riders and saw a gap to the front and put the big gear on and rode across,” Lepisto said about the race’s crucial moment. “The group was smaller after the Paterberg then we rolled and rolled.”

With 4 kilometers to go, Barnes attacked, but the chase never let the British rider stray far, as they ultimately reeled her back in during the last kilometer.

As a result, the group came back together for an inevitable sprint finale, with Lepisto emerging as the strongest rider.

“In the end, there were 16 riders and Lisa [Klein] said ‘I will give everything to help you’. She took me to the front in the sprint and I won,” a jubilant Lepisto said.