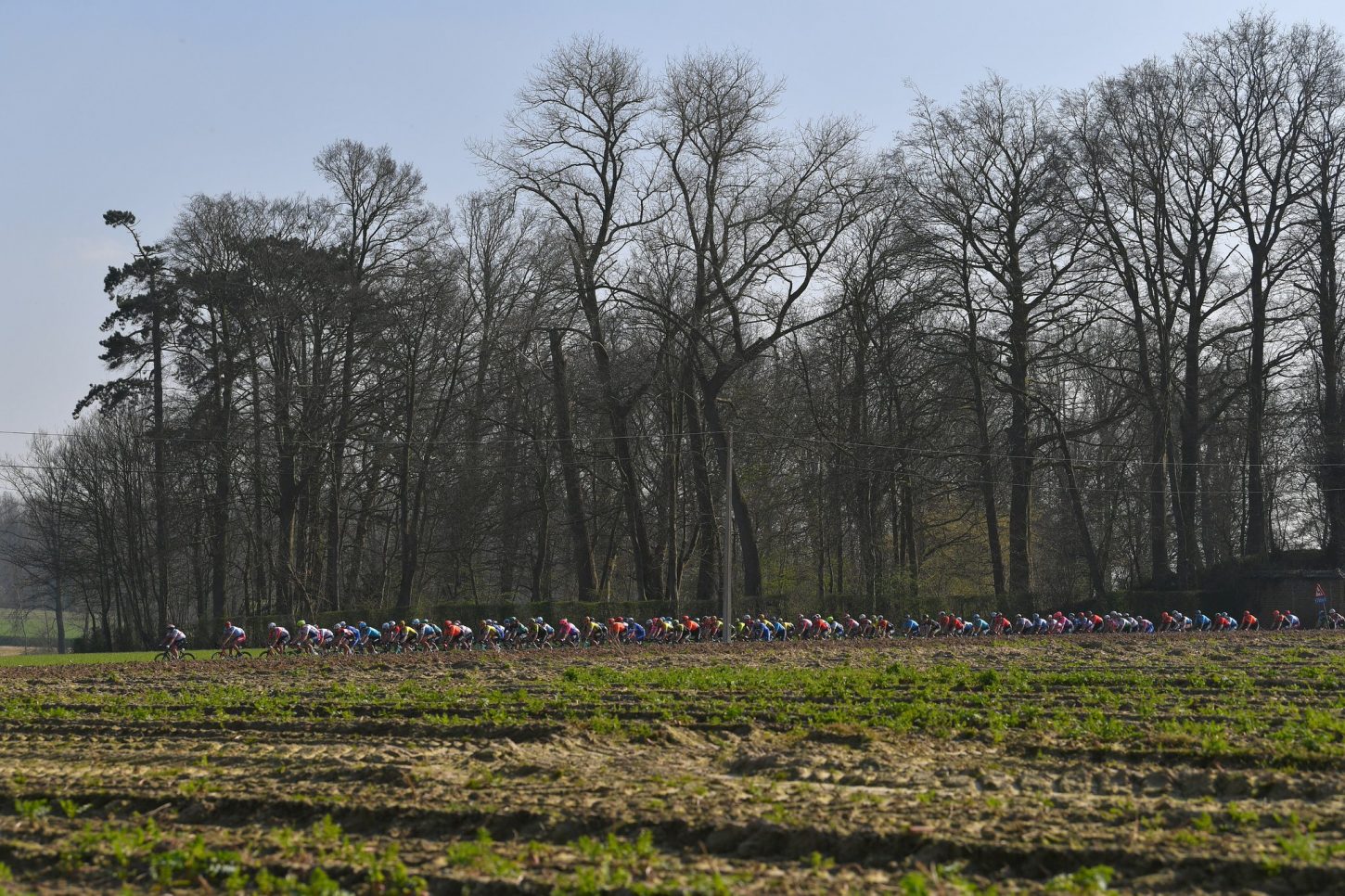 Zdenek Stybar added another victory to Deceuninck-QuickStep’s ongoing triumphs in the Spring  Classics today, after the Czech rider won the E3 BinckBank Classic in Harelbeke with the Belgian squad’s strength in depth again proving decisive.

Stybar’s teammate, Bob Jungles, commenced an attack with 60 kilometers to go, sweeping past the remnants of the day’s breakaway group.

However, after along-time of being out front, Jungles was reined with 7 kilometers remaining.

From there, Stybar took over, subsequently initiating an attack with less than 4 kilometers to go. But,  Alberto Bettiol (EF Education First), Wout van Aert (Jumbo-Visma) and Greg van Avermaet (CCC Team) were quick to reaction at shutdown his aggressions.

Nevertheless, a determined Stybar found the reserves to claim a five-way sprint, beating Wout van Aert (Jumbo Visma) and van Avermaet. Coming in fourth was Bettiol with an exhausted Jungels crossing the line in fifth.

While their gap at one point reached the six-minute margin, the advantage of the leaders quickly tumbled once the cobbled sections and steep Flandrian climbs began in earnest.

Early salvos were exchanged by the race favourites on the Taaienberg, the race’s 7th climb, 80 kilometers from the finish. Attacks flew thick and fast on the climb with Danny van Poppel (Jumbo Visma) putting the boot into the big names. The accelerations in the bunch spelled the end for the breakaway, too, with their gap reduced to an easily-bridgeable 27 seconds. Jungels duly made the junction to what remained of the eight-man escape, quickly shedding some riders and rebuilding their gap to around 55 seconds at its largest.

Jungels shed the last of his companions on the day’s final cobbled climb, the Karnemelkbeekstraat, powering clear of Marc Hirschi (Team Sunweb) from the break, and two pursuers, Jasha Sutterlin (Movistar) and Nils Politt(Katusha) who had bridged over from the peloton.

While Jungels powered on alone, indecision seemed to reign in the peloton, causing some commentators to declare the result a foregone conclusion.

However, the Van Avermaet attack eventually came and Jungels seemed to run out of steam just shy of the finish line. Stybar tried to capitalize on his fresher legs in the final kilometers, launching a couple of stinging attacks that were eventually covered by Bettiol and van Aert.

In the end though, Stybar was still too strong for the others in the group.