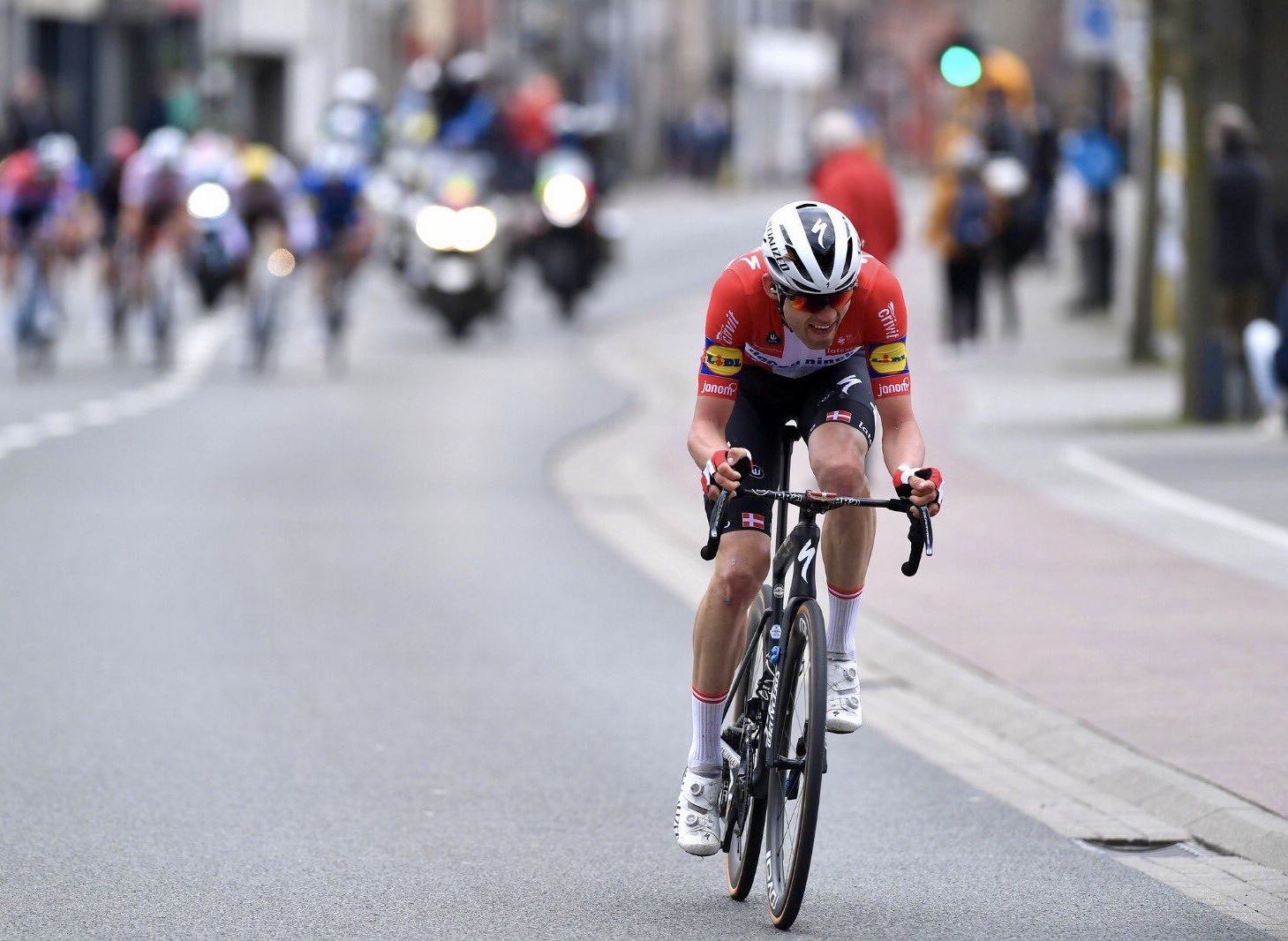 Kasper Asgreen and his Deceuninck-QuickStep teammates produced a fine finish to claim a one-two for the Belgian squad in today’s E3 Saxo Bank Classic.

The day started with controversy as Bora-Hansgrohe were forced to pull out at the 11th hour due to a positive Covid-19 test.

In the absence of the likes of Daniel Oss and Nils Politt, It was the QuickStep riders who stole the show, with Asgreen jumping out in front with around 70 kilometers to go and his teammates blocking off the likes of Wout van Aert (Jumbo-Visma) and Mathieu van der Poel (Alpecin-Fenix).

In the end it was Asgreen’s teammate Florian Senechal who claimed second, with Van der Poel completing the podium.

“There was a little bit of cross-head wind,” the Dane said of his thrilling attack in the final stages.

“I knew after the effort I did today, I had to get away alone if I still wanted to try to win the race. So it was all or nothing at that point

“I don’t know if that made a difference. Everybody had a hard day and everybody was a little bit sore. It was a hard race.

“I felt good out there, I felt good in the last weeks. I was really motivated today to go out and create a hard race. That’s where I have my biggest strength.

“And I was not afraid to open up the race early but to go solo for that long was not the plan. But in the end, when you’re off the front, you just have to put your head down and make it count.

“I have an amazing team here, everybody was so strong. I could hear them cheering for me behind and I could hear how well they were blocking the other guys. So a huge thanks to the guys, this was really amazing team work.”