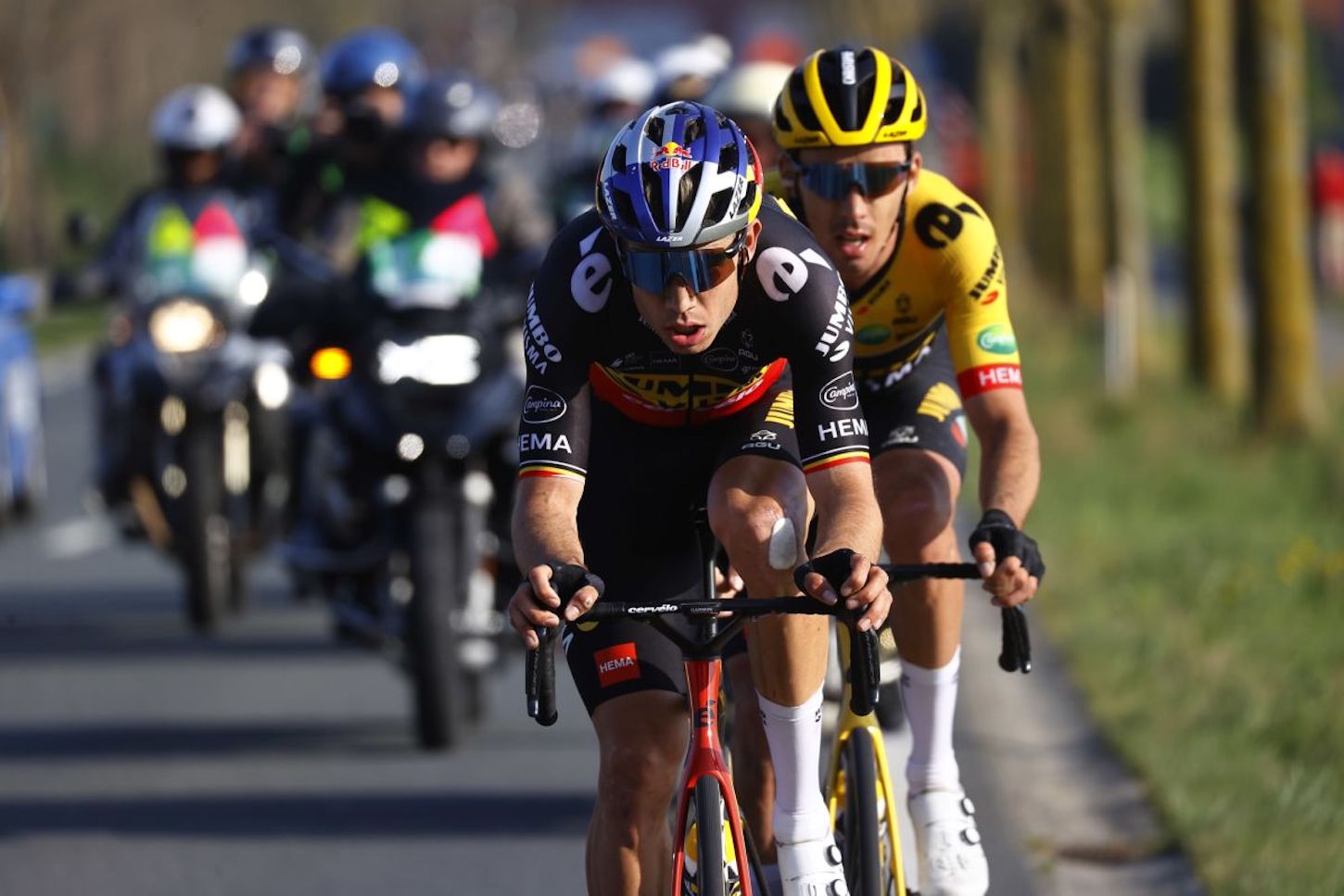 Wout van Aert and Christophe Laporte made it a 1-2 victory for Jumbo-Visma in today’s E3 Saxo Bank Classic, taking first and second after the duo attacked together over the Paterberg with 40 kilometers still remaining.

Several riders eventually bridged their way to the two leaders at the climb of the Eikenberg, before everyone was caught. The race was once again animated along the climb of the Paterberg, with van Aert and Laporte commencing their decisive attack.

From there, the duo quickly opened up a slight advantage of 20 seconds, with Laporte showing signs of fatigue over the Oude Kwaremont.

However, the pair remained together, increasing their gap to 1:35, as a chase effort to reel in the two leaders failed to organize.

Sensing their insurmountable lead, the Jumbo-Visma duo kept a comfortable tempo during the last few kilometers, easily breezing to victory.

Meanwhile, the battle for the last spot on the podium went to Stefan Kung, after the Swiss rider attacked with 500 meters to go.