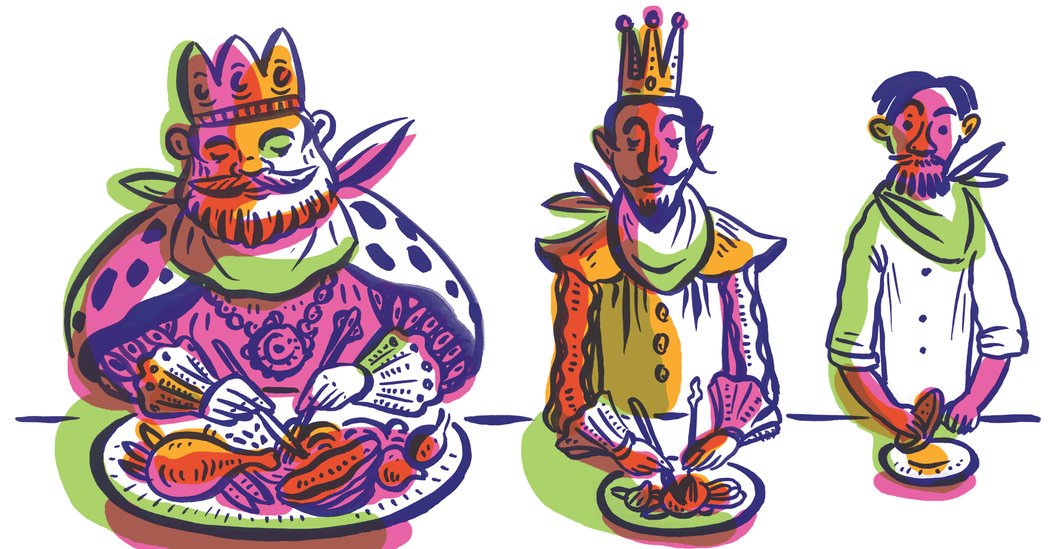 We all know the adage “eat breakfast like a king, lunch like a prince, and dinner like a pauper”. But is there any truth behind this?

Eating a small dinner seems to makes sense if we think about our circadian rhythm – our 24-hour body clock that helps us determine what time it is. It receives light from the eyes and tells us when we should wake up and when we should go to sleep. It also tells us the best time to digest food is during the day.

Yet dinner tends to be our largest meal and we eat almost half our daily calories in the evening.

When we eat during the night we burn less fat. It’s still unclear why, but it may have something to do with how well fat is absorbed and transported from our gut in the day and night.

Our body also finds it more difficult to process carbohydrates in the evening. This could be due to reduced insulin sensitivity at night. This is particularly pertinent to the 20% of the workforce who are night shift workers and eat when they are meant to be sleeping.

The mismatch of sleep/wake cycles and eating is known as circadian misalignment, which can cause the post-meal levels of sugar and fat in our blood to be abnormally high. For people who regularly work (and therefore eat) at night, this can lead to persistently high levels of sugar and fat in the blood, and an increased risk of developing diabetes, heart disease and stroke.

The effects of night eating have led to the speculation that eating lighter dinners could be better for our weight too. Some health professionals advise eating most of our kilojoules during the day and eating a smaller dinner as a way to lose weight.

To see whether eating most of our calories in the evening is associated with excess weight, and if dieters lose more weight by eating a smaller dinners, we reviewed 18 studies that included more than 76,000 people.

The reasons are unclear, but perhaps the circadian rhythm of our metabolism is not be as straightforward as we thought. Research in healthy young people (aged 20 to 35) found metabolism was more efficient in the morning; while another study of older, sick people (52 to 80 years) found that metabolism was actually higher at night.

If age and health status does affect the circadian rhythm of our metabolism, a blanket rule like eating dinner like a pauper may not be appropriate.

It could be that big-dinner eaters wake up feeling full and are “trained” to eat less during the day. This is called entrainment, and would compensate for the extra food eaten at night.

It comes down to what and how much you eat over the day, rather than when you eat most of your food. Overindulging at breakfast and lunch and then eating a big dinner will make you gain weight. But the big dinner isn’t the only culprit, it’s the other meals as well that have pushed the kilojoule intake beyond the body’s needs.

Women need to eat around 2000 calories and men 2500 calories each day. This will vary depending on your age and levels of physical activity.

So eating a big dinner might be OK as long as you moderate your energy intake by eating less at other meals. Keep in mind that eating regular, moderately sized meals may help to control your appetite more effectively than gorging on fewer, larger meals.

* This article was written by Mackenzie Fong and Claire Madigan, and reprinted from The Conversation.