The “EcoHelmet” a Bike Helmet Made from Recycled Paper 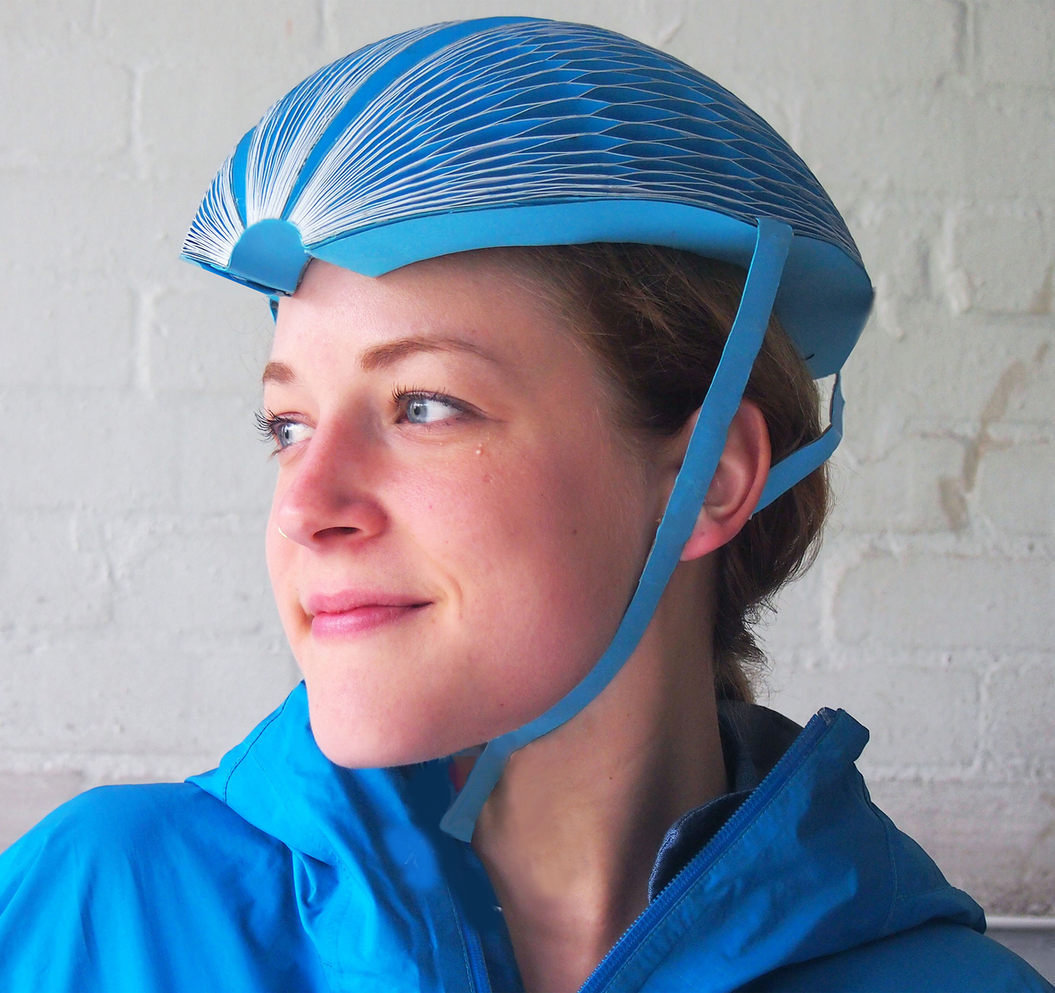 With the words “sustainable”, “recyclable”, and “carbon footprint” currently peaking in popularity all over the world the number of bike rental companies is steadily growing. Along with every bike there should be also helmet available but passing a helmet among multiple users is hygienically problematic. At the same time, helmet reduces the risk of a fatal head injury in a crash by 85 per cent, according to some studies.

This is what inspired American designer Isis Schiffer to come up with her clever, recyclable disposable helmet called – the EcoHelmet.

“You could buy a helmet for $5 or less, and when you’re done with the ride, you’d put it back in a recycle bin located at each station,” Shiffer, CEO and founder of design consultancy Spitfire Industry.

The eco-friendly bike helmet is made from cardstock paper and folds to the size of a banana. While material that’s thinner than cardboard might not sound like a solid way to protect yourself while biking, it’s designed to do just that.

“It protects the head just as well as a regular polystyrene helmet,” said Shiffer.

The EcoHelmet features a radial honeycomb pattern that absorbs a hard blow and spreads impact evenly around the head. The paper is coated with a corn-based biodegradable wax that makes it waterproof — the same kind that coats disposable coffee cups. The helmet can also potentially be made from plastic.

While the EcoHelmet is just a concept design for now, it generated a buzz after beating out 99 other entries to win the 2016 James Dyson Award. The international design contest, run by the James Dyson Foundation, is open to students and recent graduates who have designed a product or concept to solve a problem.

Shiffer spent a year and a half researching and perfecting the design of the helmet while studying at New York’s Pratt Institute.

“I even shoehorned it into my final thesis about public commuting in cities,” she said.

To ensure safety, Shiffer tested it by using a crash testing rig. “We dropped 10 pounds of weight from three feet and it withstood the impact,” she said.

U.S. federal safety standards require a bike helmet to protect the wearer’s head from an impact that’s equivalent to a 6-1/2 foot drop.

“We’re now doing more rigorous testing to get it certified to that standard for use in the U.S.,” she added.

Shiffer is currently meeting with potential partners and investors to officially launch the helmet. The goal is to start manufacturing the product — ultimately in various colors — and offer them through bikeshare services.

“I want my helmet to keep cyclists safe, and make cities safer and greener at the same time,” Shiffer said.