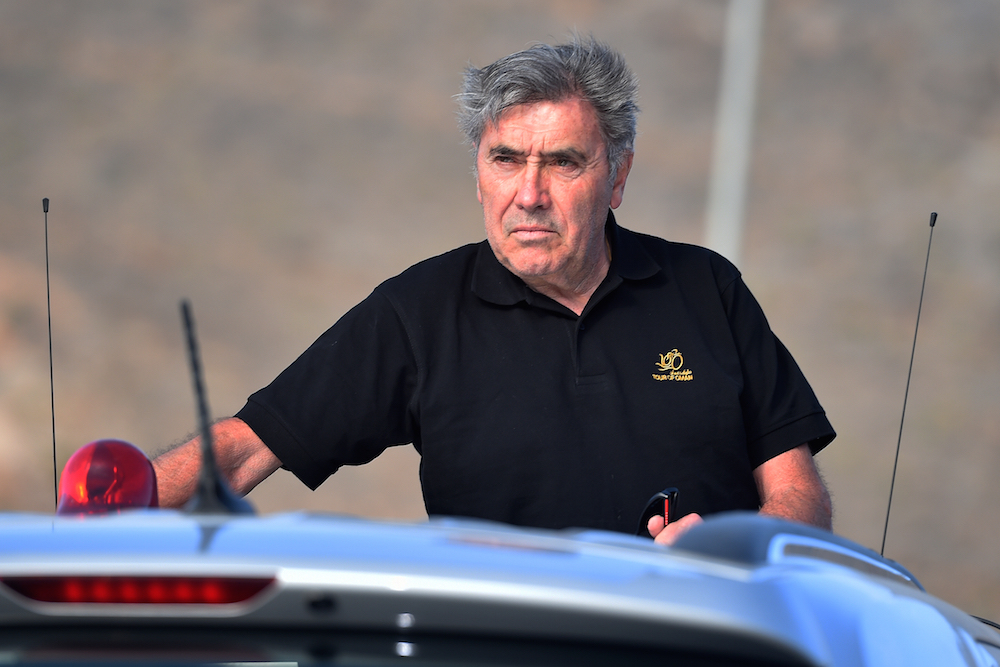 A strange and unusual report surfaced in the Belgian newspaper, La Derniere Heure, today, indicating that cycling legend Eddy Merckx might be facing prosecution for allegedly bribing police officials in order to secure a contract for the sale of bikes, that could see the cycling’s biggest luminary face jail-time.

According to the article, prosecutors in Belgium are recommending that Merckx stand trial for allegedly gifting bikes to the police chief and his wife in Brussels, in order to secure a contract that would result in the sale of 46 bikes to the department’s police bike unit.

The article states, that the alleged bribery took place in 2006 and 2007, wherein prosecutors claim that Merckx was given the details of rival bids as means of under-cutting prices in order to win the contract.

Curiously however, the article states that the contract was reportedly worth €15,000, which raises skepticism, since a mere handful of upper-end Merckx bikes would easily exceed that amount, let alone 46 of them.

The article also states, that an additional 12 other individuals have also been implicated, and are due to go before a judge in September.

Merckx, whom prosecuters say was engaged in “active corruption,” told the newspaper, “I have nothing to say. Let’s see what happens.”