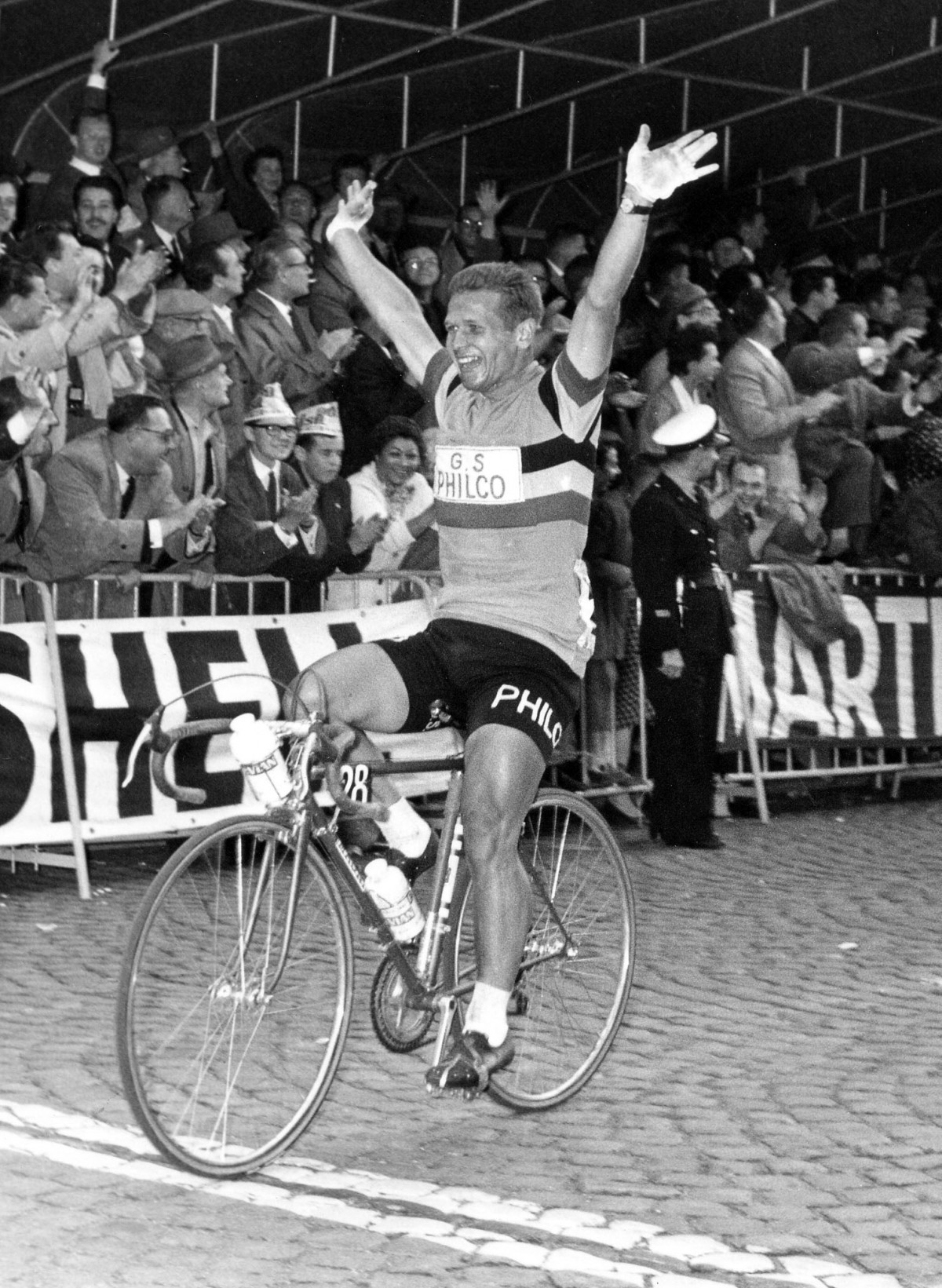 04 Apr 2016
By Campionissimo - In LATEST ARTICLES, THE PODIUM

Happy birthday to Emile Daems, who was born on this day in 1938.

The Belgian rider is best known for winning the 1963 Paris-Roubaix Classic in ahead of Rik Van Looy of Belgium and Jan Janssen of Holland.

Daems also won the Tour of Lombardy in 1960 and the prestigious Milan-San Remo Classic in 1962.

Other notable victories by Daems include, winning the 1960 Giro dell’Appennino, Nationale Sluitingsprijs that same year, 1961 Tour of Sardinia, as well as a few stage victories in the Tour de France and Giro d’Italia, to include being awarded the maillot vert in the 1962 French Grand Tour.