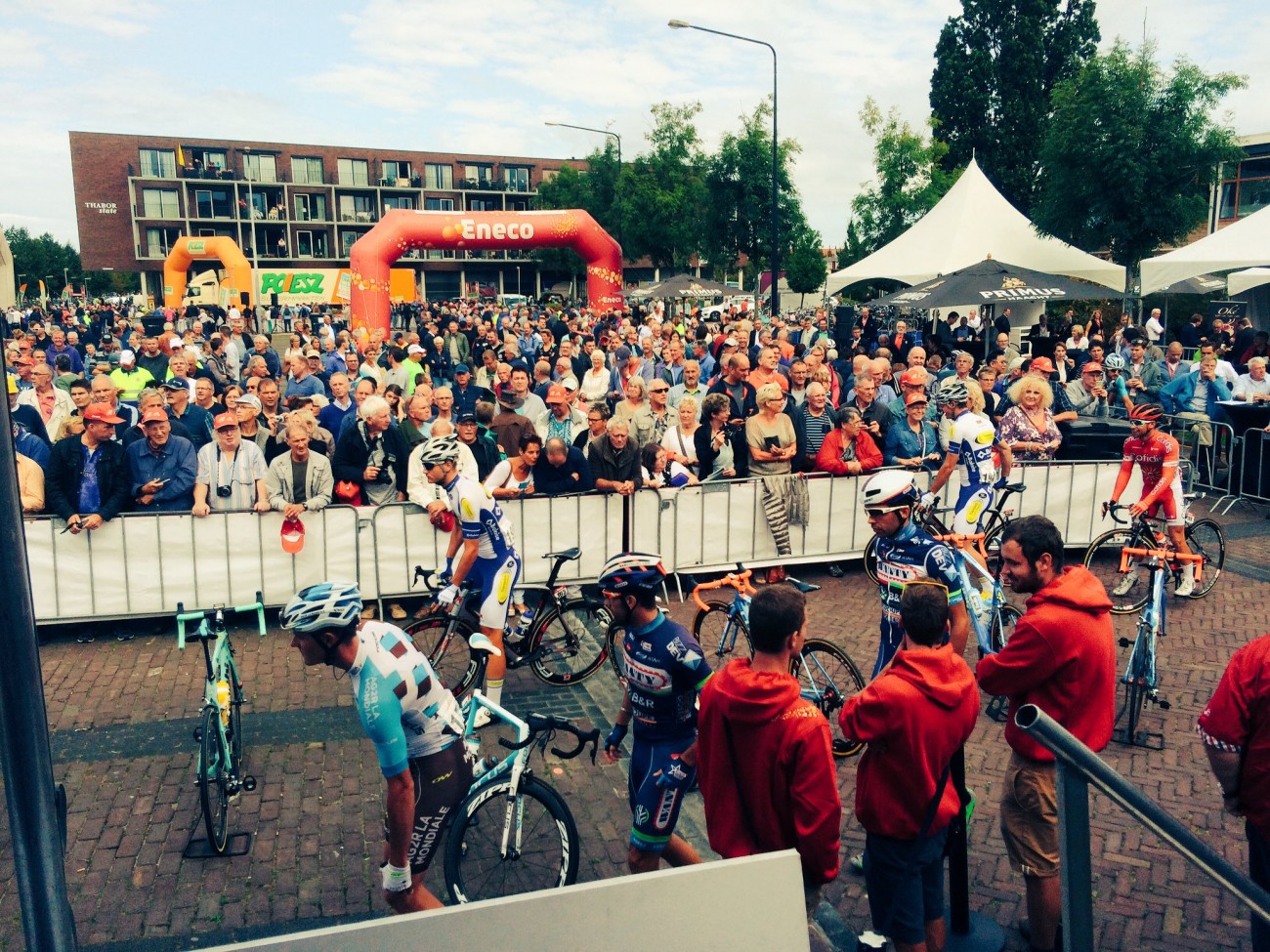 “The team worked well to help me get this win,” Groenewegen said. “It’s a very important win, I took it in front of the best sprinters in the world. Winning a big sprint like that is special.

“This is a WorldTour race in my home country too and so winning feels really, really nice. We worked really hard together as a team today and in the end we did it. I’m very happy.”

Groenewegen narrowly beat Bouhanni after making up ground during the final 50 meters, while world champion Peter Sagan (Tinkoff) – who also came from a long way back – had to settle for third place.

After reining in the day’s early five-man breakaway group, the peloton set up for a fast finish on the flat, straight approach to the final kilometer.

Katusha began the lead-out with about 500 meters to go, pushing up the left side.

Simultaneously, Boasson Hagen started his sprint early, but the Norwegian rider was unable to hold off the rest of the sprinters.

Giacomo Nizzolo proceeded to make his way up the right side, coming out of a cluster of sprinters about five bike lengths back.

From there, Groenewegen followed the Trek – Segafredo sprinter, until the Italian champion broke left, allowing the Dutch rider to go clear along the right-side of the road.

Sagan was quick to jump on his wheel but couldn’t come around during the final surge for the line.

Meanwhile, Bouhanni snuck up the right side, along the barriers to collect second place on the day.