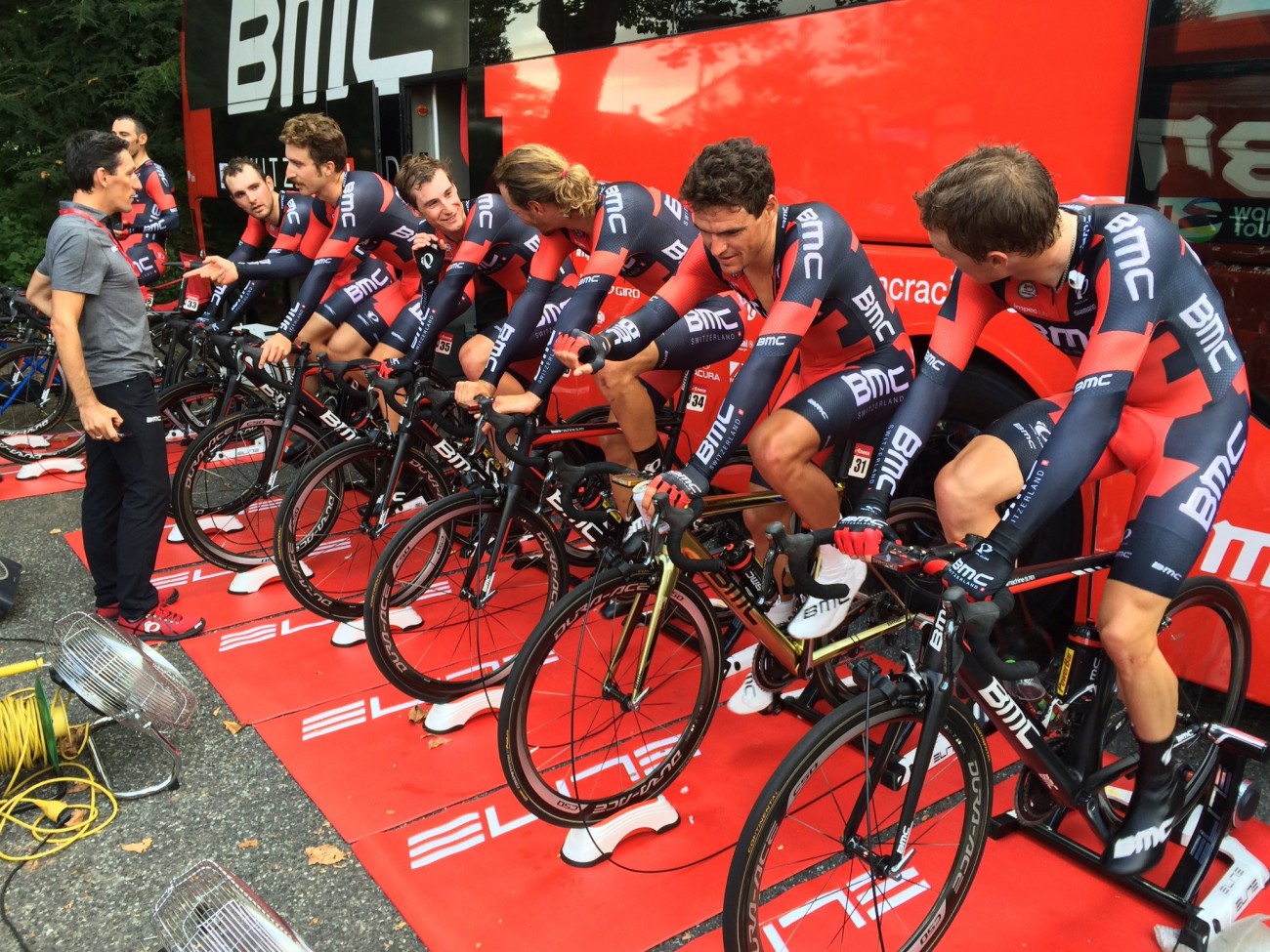 BMC Racing upheld their reputation as the favorites in today’s team time trial of the Eneco Tour, beating Etixx-QuickStep in a close battle against the clock.

Arriving at the finish with all 8 riders, BMC stopped the clock at 23:11, six seconds faster than Etixx-QuickStep, while LottoNL-Jumbo was a massive 23 seconds behind to claim a distant third place.

As result of today’s victory, Rohan Dennis is back in the leader’ jersey with a 16-second advantage over teammate Taylor Phinney, while previous race leader, Peter Sagan (Tinkoff), slipped to fourth –  27 seconds off the pace.

Sagan will get his first chance in tomorrow’s stage 6 which is the hilliest of the race. The riders will head into the Ardennes where they will face a long series of climbs in the final 100km. However, the final challenge comes with 18km to g and from there it is a mainly flat run to the finish where the riders will face a final kilometer that is slightly uphill at an average gradient of 3%.

Team Dimension Data was the first formation to take the start and clocked a 24:47.70. That time didn’t last long as Lampre-Merida went 15 seconds quicker. Ater several failed attempts Trek-Segafredo set the new benchmark: 24:23.27. Their time was beaten by the tiniest of margins by Orica-BikeExchange, which produced a time of 24:22.82. Team Sky operated by a bigger margin and blew that time away. Geraint Thomas and his went a whopping 33 seconds faster than Orica.

The first team to threaten Sky was Katusha but the Russian formation came three seconds short. Lotto-Soudal did improve on Sky’s time with a surprisingly impressive 23:40.2, 9 seconds quicker.

Finally, world champions BMC made their appearance and lived up to their name. With a time of 23:11.07 the team of Greg Van Avermaet and Rohan Dennis set the fastest time of the day, despite valiant efforts from LottoNL-Jumbo (3rd) and Tinkoff (8th).

Rohan Dennis regains the lead in the GC, which he had to briefly hand over to Tinkoff’s Peter Sagan. The Australian will start the final weekend with a 16 second lead over teammate Taylor Phinney. Tony Martin (Etixx-Quick Step) is third on 24 seconds. Peter Sagan is fourth with a 27 second deficit, joined by Niki Terpstra in fifth.