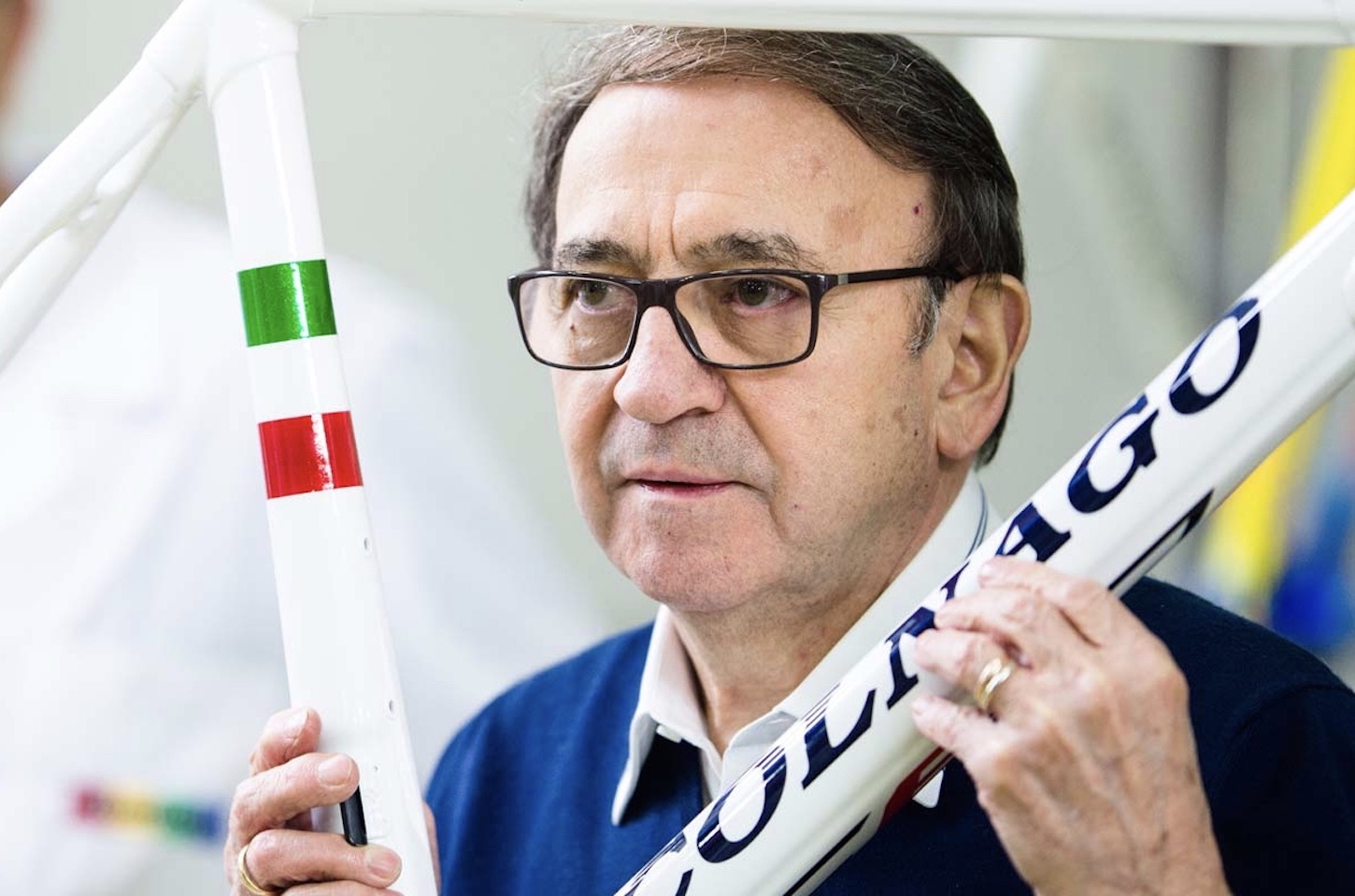 During a special gathering with Pope Francis and the College of Cardinals, the man behind Italy’s most famous bicycle brand was made a cardinal earlier this week.

For his new role as a cardinalate of the Holy Roman Catholic Church, Ernesto Colnago has taken the name Fanculo-Fanabla I, and will oversee the archdiocese of Madonna di Figlio di Puttana in Sardinia, reported the Vatican City newspaper L’Osservatore Romano.

Colnago’s appointment comes as no surprise, as the master framebuilder has always kept a close relationship with the Vatican over the decades, and as some insiders say, has always harbored a deep desire to ascend within the ranks of the church himself.

In an interview with the Italian ecclesiastical newspaper, Santo di Guano, Colnago said he hasn’t felt this close to Pappa (God) since Columbus ELOS tubing.

Fanculo-Fanabla I, will be given a special eBike, similar to Pope Francis’, to make his way around the Holy See on – albeit with downtube shifters compliments of Campagnolo.

Meanwhile, the Italian marque will continue to produce its legendary bikes under the Colnago name, with Fanculo-Fanabla I scheduled to appear at this year’s EuroBike show with a Papal Bull forbidding any catholic from riding a non-Italian bike.