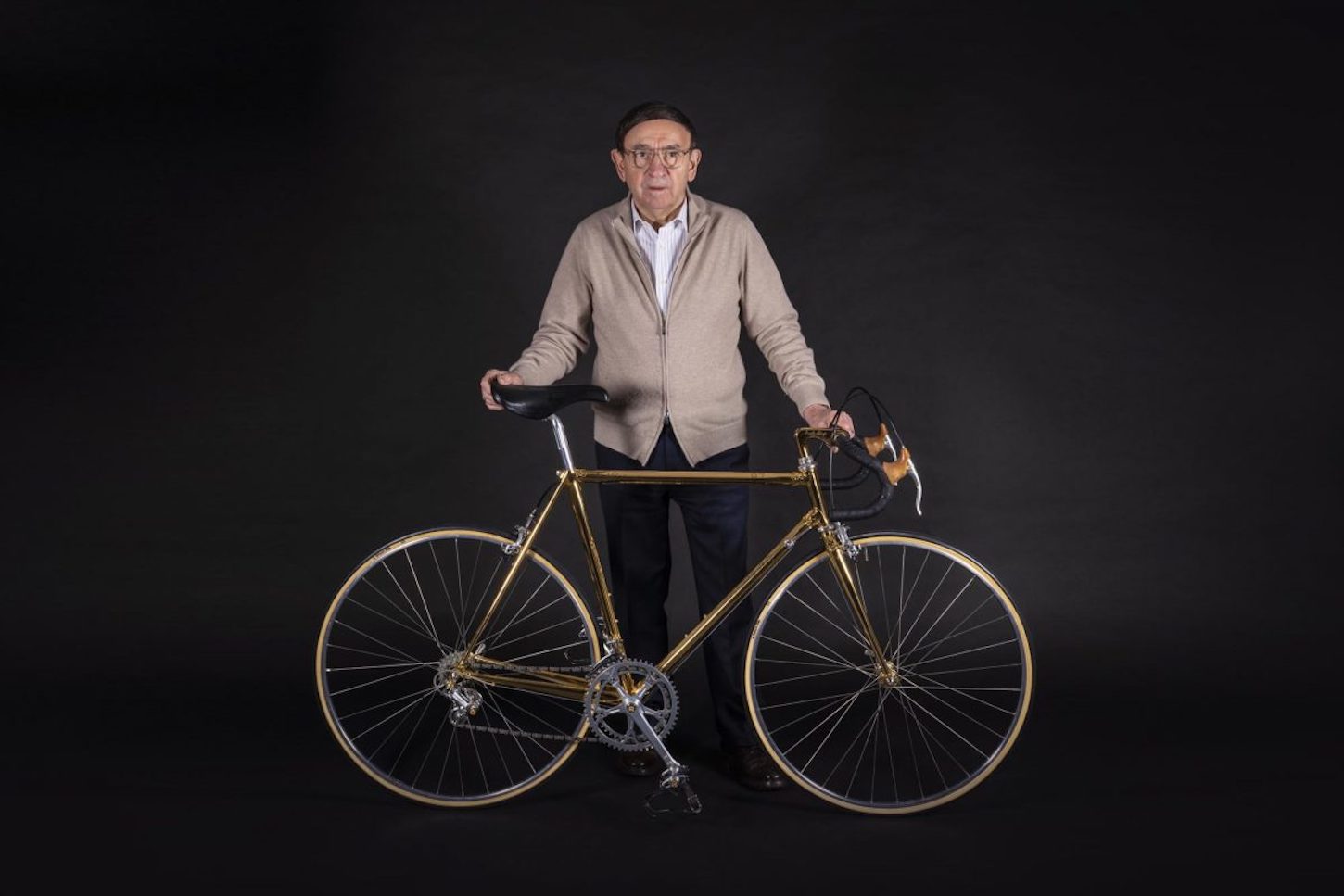 The founder of the legendary bike brand that bears his name, Ernesto Colnago was presented with a gold Arabesque frameset to celebrate his 87th birthday at the Old Royal Naval College in London today.

According to the Italian company, the one-of-a-kind 24-carat gold plated Arabesque cost a staggering €50,000, which is equipped with a heritage Campagnolo groupset and A. Dugast tubular tires.

The Colnago Arabesque frameset was a special design commissioned in 1984 to celebrate the brand’s 30th anniversary with ornately designed lugs for the steel-tubed frame.

In 2015, a box of the lugs was reportedly found in the basement at a Colnago premise, allowing them to replicate today’s special gift.

“The star-shaped frame of the iconic Master, the special alloy used to produce it and its 24K gold plating give it an inestimable value. The combination of these features together with the skilful craftsmanship needed to assemble the frame makes this bike an unequalled product from both a technical and an aesthetic point of view“, says Colnago.

“This 87 model praises and restates the genius of Colnago who in his career as a bicycle maker has been able to invent new finishes and technologies in order to improve the bicycle and turn it into a real gem.”

“The Colnago 87 is a masterpiece, a unique model of a special bicycle. It is the result of lifelong experience and craftsmanship that have no equal in the world.”

“It was inspired by the golden Mexico bicycle donated by Ernesto Colnago to Pope John Paul II in 1979. A special bicycle created to meet the demand of cycling enthusiasts who wanted to ride a bike that was more precious than those used by the champions.”

“The tubes are made of steel with special junctions in arabesque style, a masterpiece of craftsmanship. Even today, more than thirty years after they were introduced, they still represent a symbol of style and design.”