Race Officials Exclude Etixx-QuickStep from the Tour of Qatar 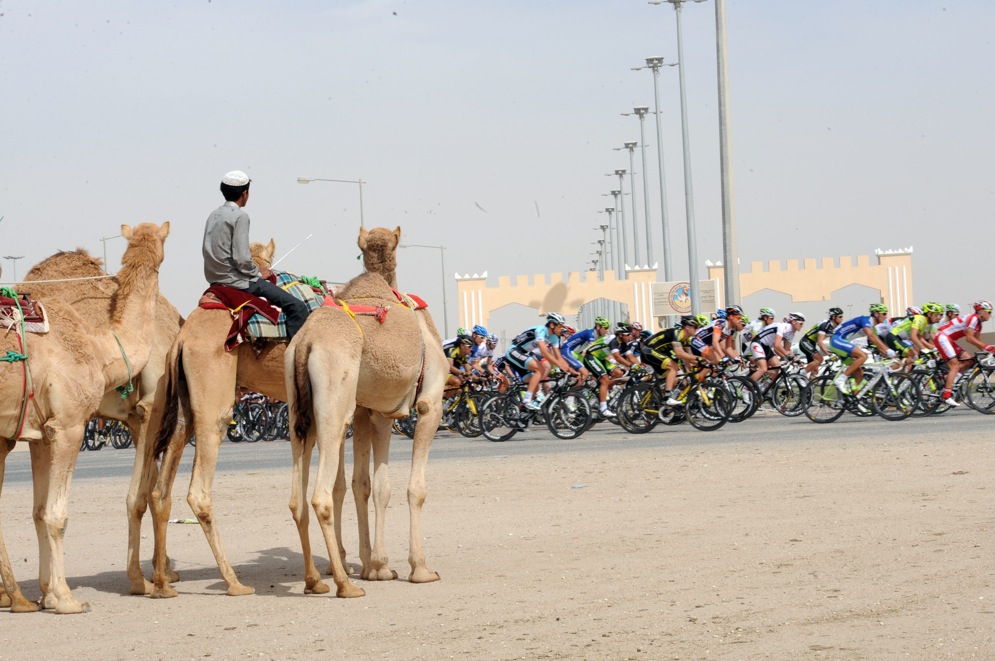 Citing disciplinary issues, the Qatar Cycling Federation announced today, that Etixx-Quickstep has been eliminated from starting in tomorrow’s Tour of Qatar.

According to the federation’s president, Sheikh Khalid Bin Ali Al Thani, the Belgian team was not invited due to various disciplinary problems, including disrespecting a female race employee.

“It’s true. We did not send them an invitation,” Al-Thani said. “Yes of course [they wanted to come], we have proof of it.”

Furthermore, Al-Thani said at a press conference in Doha today, “QuickStep is an important team who have won a lot in the Tour of Qatar but we noticed in the past couple of years that we had a problem with discipline with QuickStep.”

Additionally, Al-Thani cited a lack of respect for the requirements of live television coverage as the principal reason not to invite Etixx-QuickStep, complaining that the team’s stage-winning riders had a history of long delays before reporting for podium ceremonies.

“Last year we sent a special lady to hurry them up and they talked to her not in a very nice way and they would wave her off like that. That is not good, you know.

“We told them they cannot do that and that’s for a couple of years: [last year] wasn’t the first time. And there were some problems in the hotel, discipline things.”

Asked to specify the issues at the race hotel, Al-Thani said: “I cannot, but this is what we heard. Sometimes you don’t get all this information. But you could feel the attitude was there that they were too much relaxed in the place.”

Cycling legend and member of the Tour of Qatar’s race committee, Eddy Merckx, chose not to comment on Al-Thani’s criticisms of Etixx-QuickStep, instead simply saying, “I cannot say more than that,” Merckx said. “He took the decision.”