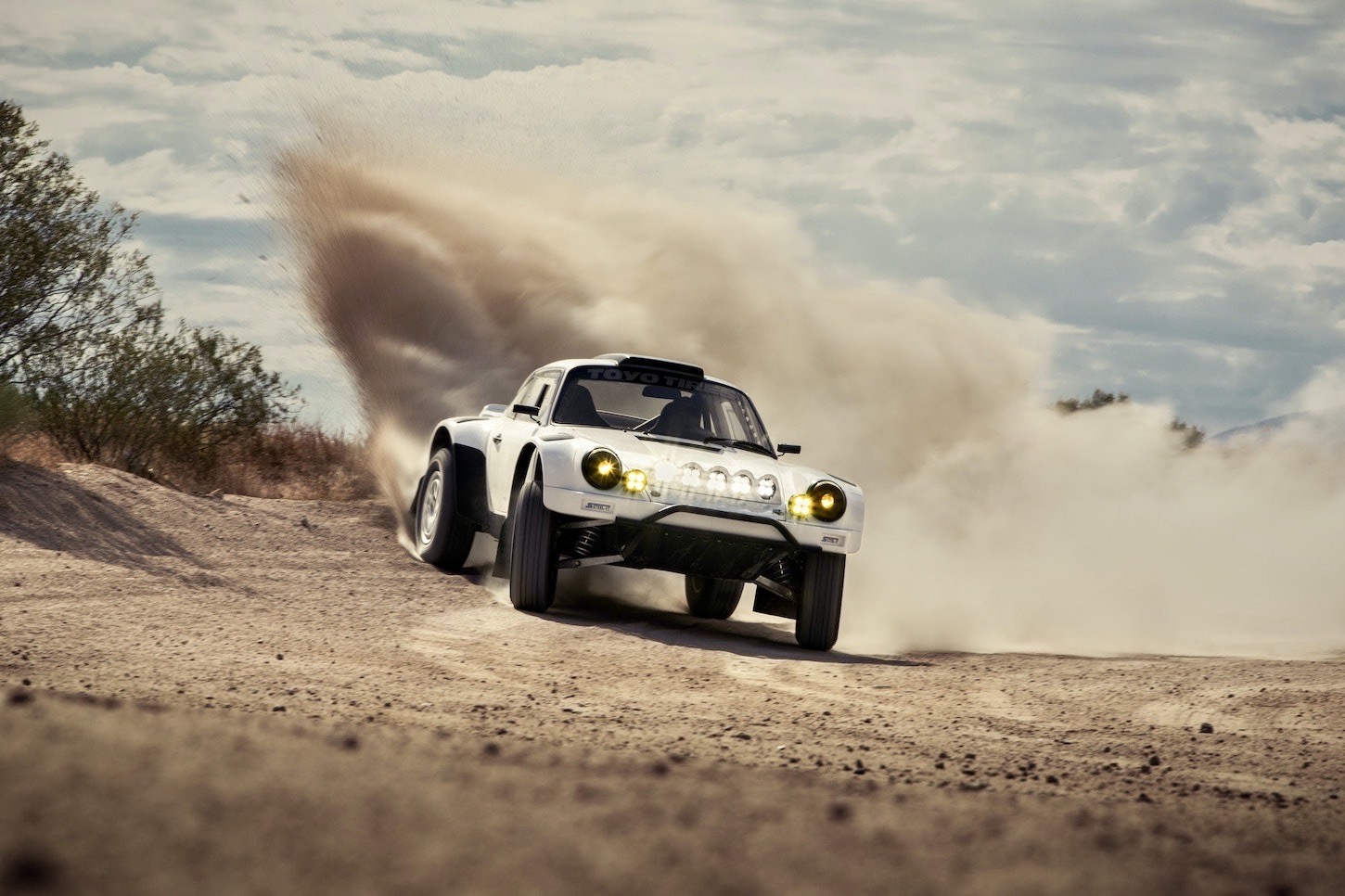 Thus, our reason for featuring a conveyance that travels on four-wheels instead of two, and develops power via a gasoline powered combustion engine instead of pedaling.

But, this isn’t just some ordinary jitney, it’s a one-of-a-kind, off-road Porsche 911 that was created by Russell Built Fabrication for the SEMA Battle of the Builders contest.

After receiving much acclaim at the show, this one-off Porsche is slated to be followed up with a series of limited-edition, custom “safari” cars that will all be numbered.

The “safari” car begins life with a 1964 Carrera 4 Cabriolet chassis. After reinforcing the frame with a 4130 chromoly roll cage, the team then modifies the body.

While trying to remain as faithful as possible to the time-honored 911 body-style, custom composite panels and other elements such as wide louvered fenders, a carbon-fiber roof scoop and heavy-duty bumpers at both the front and rear, ultimately added 15 inches to the vehicle’s width and 3 inches to its length.

Yet, the team still managed to preserve the classic Porsche silhouette à la with a bulldog-stance.

The bespoke interior is equally unique, featuring Olive Green leather and black and diamond-quilted Alcantara accents, as well as a leather trim that extends across the dashboard, headlining, and door panels.

The dashboard itself takes-on a digital screen and a three-spoke Sparco steering wheel. However, in order to maintain its “RS” pedigree, Russell Built Fabrication had to forgo modern amenities like air conditioning or a stereo and replace it with a simple fresh air vent.

Regarding power, propulsion comes courtesy of a custom 3.8-liter flat-six engine that produces 360bhp and 310lb-ft of torque, along with a five-speed G50 manual transmission, Motec electrical components and a custom-built, FIA specification fuel cell.

You better be prepared to lay-down some serious green, and we don’t mean cactus paddles, as the 911 Baja Prototype #1 is expected to fetch well into the six figures.