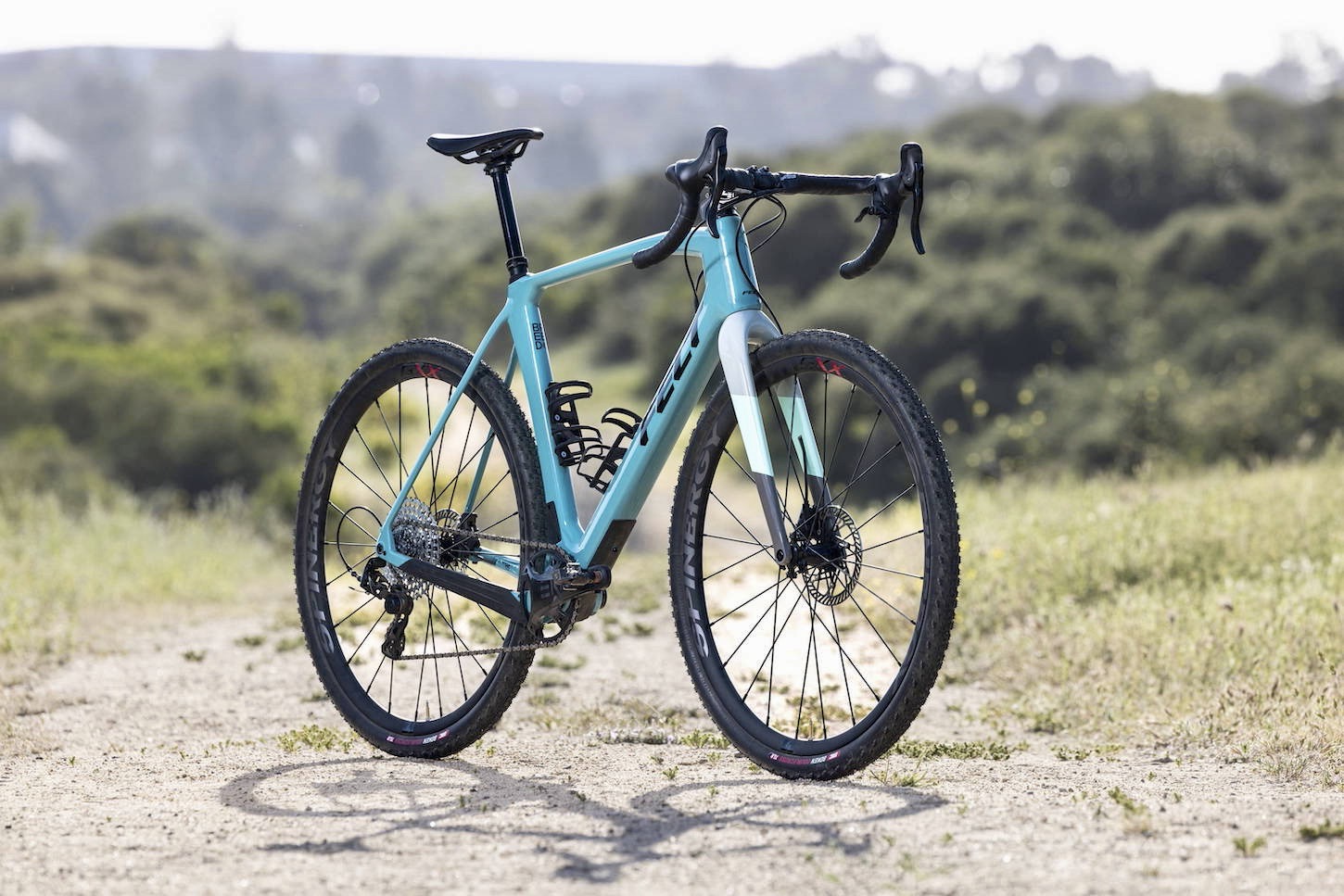 Felt has unveiled its latest gravel bike called the Breed Carbon, boasting a sleek aerodynamic signature, a new vibration-damping seatpost and mounting points galore that’s aimed at tackling even the most challenging of off-road pursuits. Moreover, for those wanting to further smooth out the terrain, the bike is also designed to work with a both a dropper seatpost and a front suspension fork.

However, switching to a 27.2 dropper seatpost, means losing the sleeve that’s designed around the proprietary 30.9 damping seatopst.

“Featuring a full-carbon chassis, disc brakes, massive tire clearance, and an intuitive array of storage solutions, it’s a bike purpose-built for gravel racing and those riders looking to compete at the highest level in their favorite gravel or mixed-surface event,” Felt says.

“The Breed Carbon is ready with impeccable road bike-like manners, making for a smooth, controlled ride quality no matter what the gravel racecourse throws your way,” adds Felt.

Designed for both 700c and 650b wheels, the Breed Carbon can accommodate tires up to a beefy 50mm in both variants, as well as 1x and 2x drivetrains.

Another feature that highlights the Breed Carbon includes a newly developed bottom bracket standard called the T47 – 77, which is based on a T47 bottom bracket, albeit with an asymmetrical design that extends to the bottom bracket to 42.75mm (85.5/2) on the non-drive side and 34mm (68/2) on the drive side, bringing the total bottom bracket width to 76.75mm.

So, after rounding that figure off to 77mm, Felt came up with the designation T47 – 77.

“It has all of the benefits of old-school threaded bottom brackets, like creak-free performance and easy maintenance, plus much more. This combination helps maximize tire clearance and enhance frame stiffness for the unique demands of both the drive side and non-drive side of the frame. Bottom line, the Breed Carbon features the best bottom bracket for speed and reliability,” claims Felt.

As mentioned, the Breed Carbon offers a plethora of mounting points, especially on larger frames (54cm to 61cm), which feature two bottle mounts on the downtube and one on the seattube, while every frame size is designed to support a bento box-style storage unit on the toptube.

Additionally, in order to protect the frame from harsh objects, proprietary molded rubber protectors were added to the underside of the downtube and bottom bracket area, as well as along the drive-side chainstay.