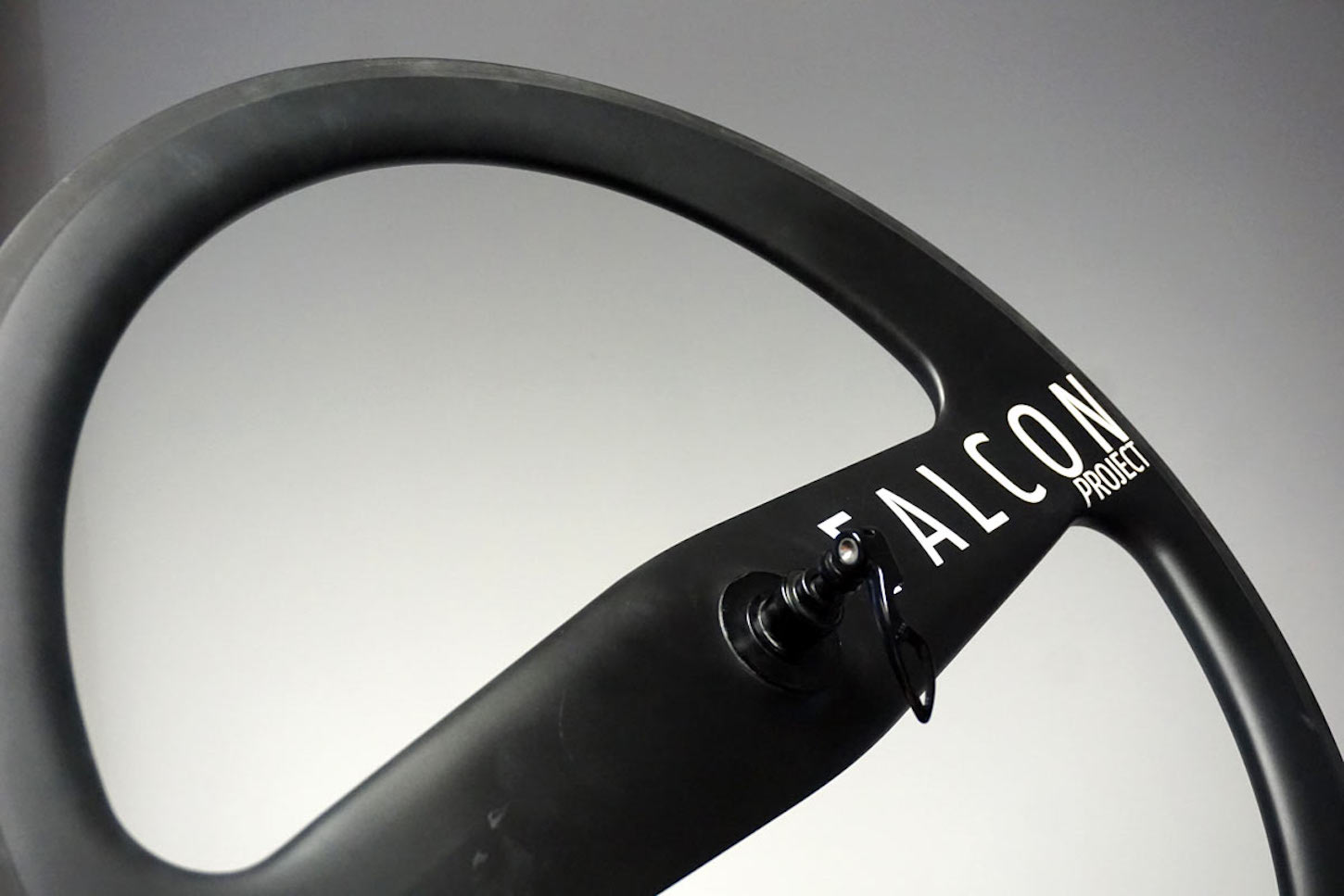 If you had the opportunity to visit FFWD Wheels’ exhibit during this month’s Eurobike Show in Germany, you would have gotten a glimpse of the Dutch company’s latest, futuristic wheel called the Falcon Project.

According to FFWD, the Falcon Project began after its engineers decided to take on the challenge of creating the “world’s fastest wheel” by taking the company’s current technology and bringing it to the next level.

Based on only two carbon spokes designed around the latest NACA profiling with varying rim depths of 48mm to 90mm, FFWD discovered during testing that the Falcon Project demonstrated a significant reduction in drag compared to more traditional time trial wheels. Moreover, the application of Torray 800 and 1000 UD carbon fiber in key areas of the wheel’s construction resulted in strength and stiffness figures that were on par with the most rigid wheels on the market.

Indeed, FFWD says the choice in materials combined with the revolutionary shape of the Falcon Project resulted in “the perfect balanced wheel.”

FFWD says, the Falcon Project is still undergoing further wind-tunnel testing, along with improvements to the hub and compatibility with tubeless tires, before its official launch.

However, the wheel has already been approved by UCI.

After the final testing and development phases are completed, FFWD says it will launch both a tubular and full carbon clincher version of the Falcon Project by end of 2018.