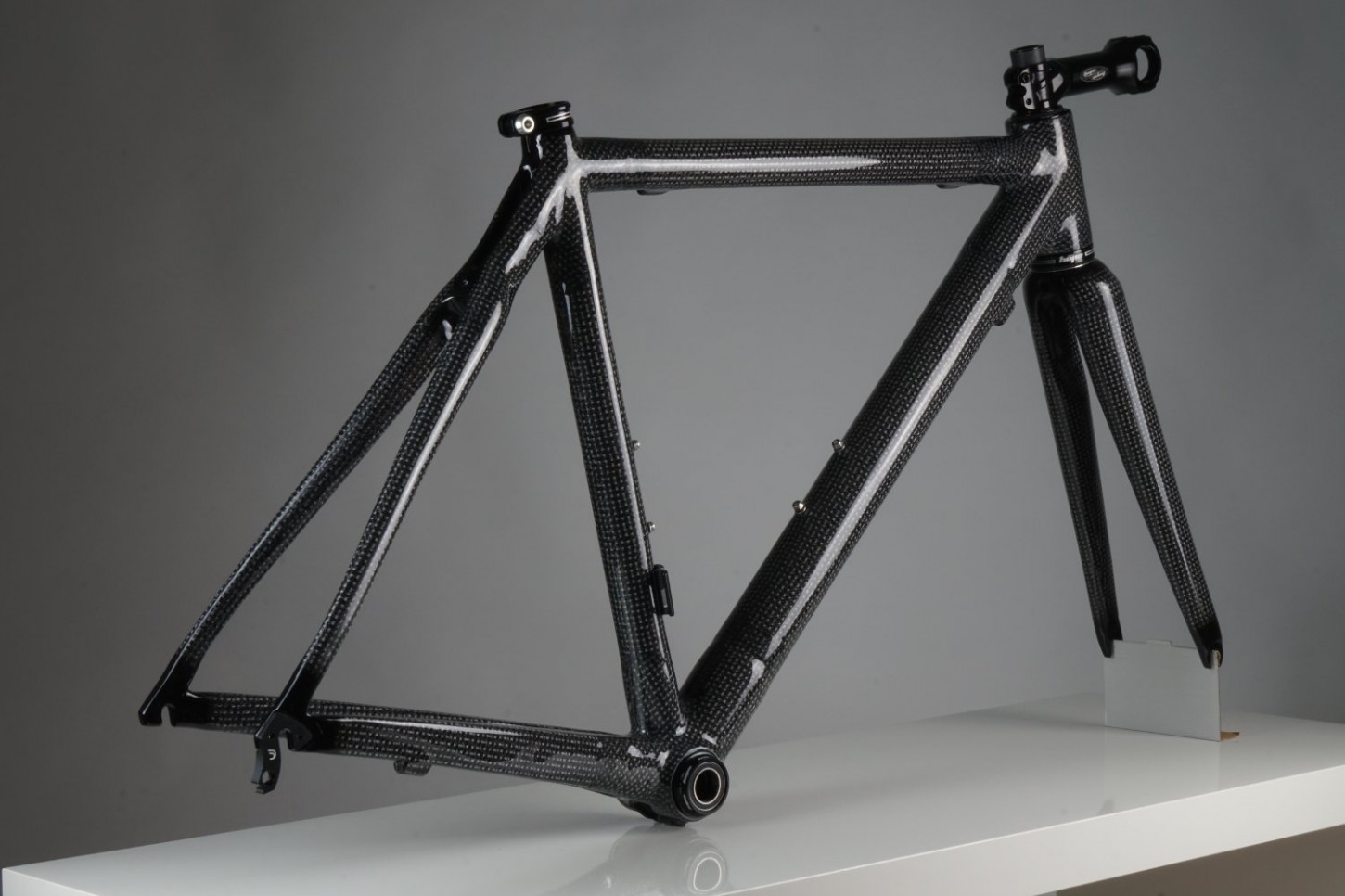 We’ve written about both Filament Bikes (previously know as Craddock) and the new material called Dyneema. However, until now, neither the twain have met – at least not in the construction of a prototype bike.

As previously reported, Dyneema is a new ultra-high modulus polyethylene material that’s produced by the Dutch company Royal DSM, which is slowly finding itself used as a key material to help bolster the strength to weight properties of other composite materials such as carbon fiber.

According to Filament Bike’s founder, Richard Craddock, Dyneema approached him to make a prototype frame as a means of showcasing the company’s material to the bike industry. “They provided me with some dry fabric which combined Dyneema, along with carbon fiber, in a twill weave pattern”, explained Craddock.

From there, Craddock said he used the material during the prototype frame’s final lay-up process using a resin infusion technique.

“The white Dyneema fibers are very strong and have phenomenal properties against cutting and abrasion, which are very desirable properties in the finished structure, but it’s more difficult to cut than carbon when making the frame and requires very sharp tools”, added Craddock.

As for now, Craddock’s frame remains a just a prototype. But, it will be interesting to see if a full production version emerges. And, if so, what the actual performance properties the inclusion of Dyneema will yield?

‘There is an interesting future for Dyneema in composite parts for bikes,’ says Craddock. ‘In frames it could serve to toughen the structure and change the response during peak loads, as well as modify the failure mode in the event of impacts and crashes. It would be useful in the braking surface of carbon rims to resist abrasion wear, it could replace Aramid (Kevlar) in tire beads and as the protective breaker layer, and perhaps it could even be used as a lightweight brake and gear cable.’