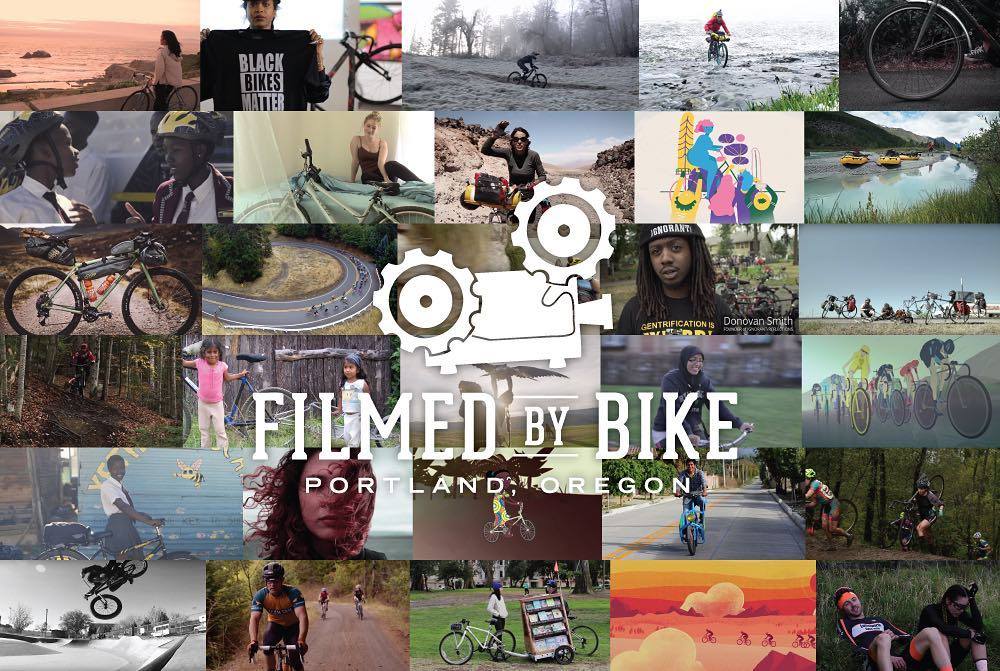 Cycling fanatics with avid film lovers alike will once again gather for a weekend of the world’s best independent bike movies at the 15th annual Filmed by Bike Film Festival.

The popular film festival returns to the historic Hollywood Theatre May 5-7, 2017 with six unique programs. The jury-selected film festival kicks off with the Base Camp Brewing Street Party at Velo Cult Bike Shop followed by two “opening night” film screenings. Each screening will showcase 10-15 short, exciting movies featuring love stories, glorious feats of adventure, animated shorts, documentaries and more. Other programming throughout the weekend includes Adventure Night, Bike Love, Triumph and Race to the Finish, as well as filmmaker Q&A sessions and a filmmaker bike ride and tour with visiting and local filmmakers.

“We had a record number of film submissions this year and expanded the festival to accommodate as many films as possible, “said Festival Director and Founder Ayleen Crotty. “As we celebrate our 15th anniversary, we are seeing a trend in bike movies that feature stories with more heart, being told by people who are a part of those stories.”

According to David Williams, juror and co-producer of The Moth PDX, “Well-produced films bring all elements of storytelling together to transport us into a different world. And that new world can change you.”

The Base Camp Brewing Street Party opens the festival on Friday, May 5 from 5:00 p.m. – 9:30 p.m. with a party adjacent to Velo Cult Bike Shop and Tavern. The free event is all ages and features live entertainment, the Base Camp beer garden, food vendors, a photo booth, live performance art, lawn games and a gigantic bike parking area.