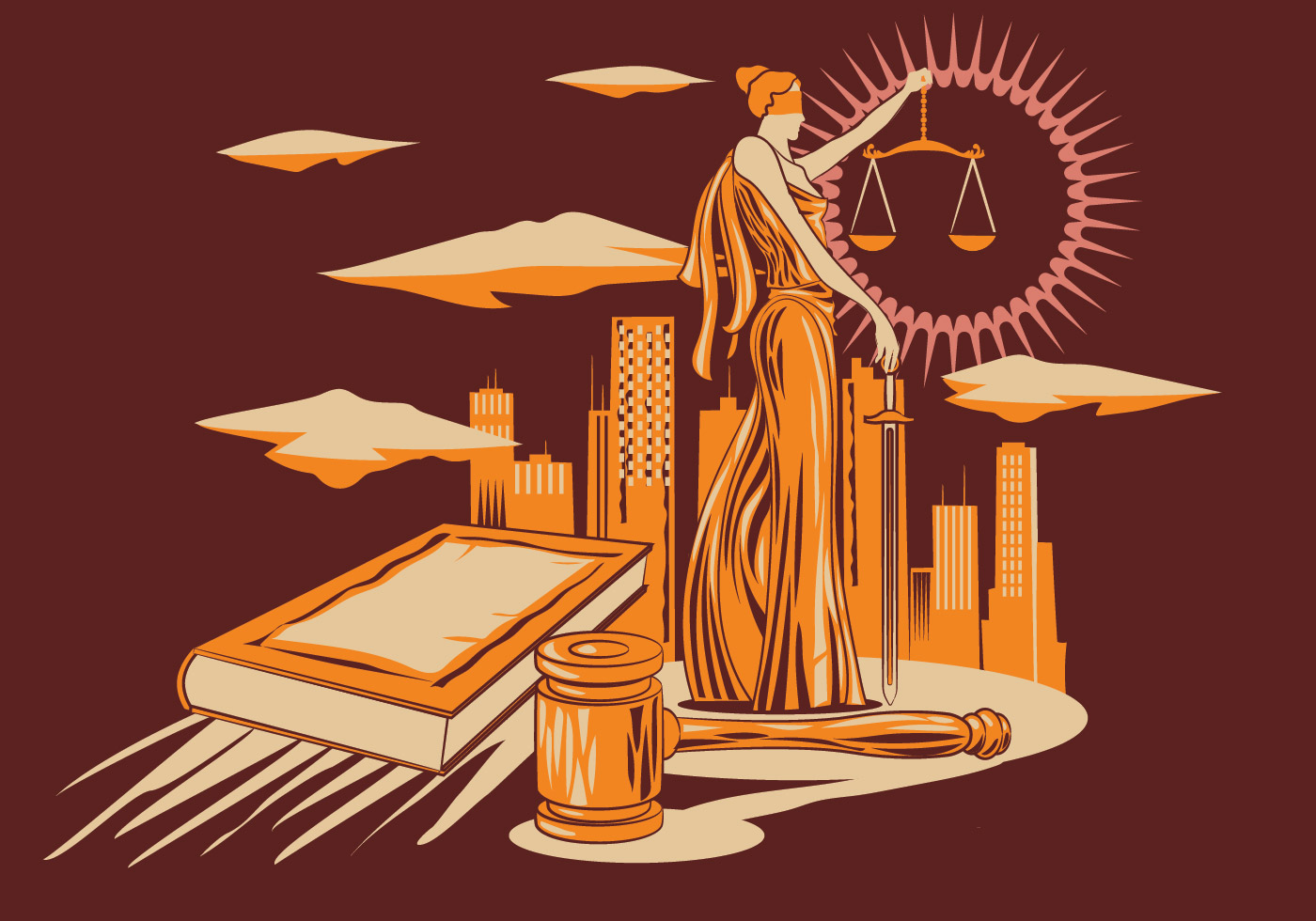 Here’s reality: Around the world, 1.3 million people die in motor vehicle collisions annually. Here in the U.S., we lose nearly 40,000 humans a year. Another 2.35 million are injured or disabled. Many of these deaths can be avoided. At least nine people die each day due to distracted driving.

And the bad news for us: The risk created by distracted drivers couldn’t be greater than it is for cyclists.

Although it is part of our reality as roadies, nobody wants to read about collisions with motor vehicles. Yet, it is always in the back of our minds — especially when it comes to distracted drivers. In fact, as a road cyclist, distracted and unsafe driving is now the bane of our very existence. There’s no escaping this reality, and to make matters worse, a large percentage of drivers feel indifferent about the safety of cyclists. Why is this?

It depends on whom you ask. If you ask the motoring public, you will likely hear that scofflaw cyclists create their own problems by choosing to ride in the street.

Convincing a driver that a lack of vigilance could potentially take someone’s life is a difficult task. After all, most drivers overestimate their driving ability — particularly when it comes to using a device at the same time. Worst of all, most of us don’t have the discipline to put our devices down when we get behind the wheel. No group is more vulnerable to this lack of discipline than a human on a bicycle. And as a roadie, you probably face the risk of being hit more than anyone else based on the hours you spend weekly on a bike in traffic. But can the risk be avoided?

If you are like me, you have developed a sixth sense. You know what to look for and how to avoid the hazard. Having explosive power and the ability to ride fast and handle your bike can save you. But just look at how many well-known and highly capable riders have been hit. It’s an epidemic.

Amy Dombroski, Michele Scarponi, Jure Robic, Michael Hall, Inaki Lejarreta, Jason Lowndes, and Nicky Hayden are a few riders we have lost to drivers in the last few years. Moreover, in just these past few weeks, we have lost Anders Tesgaard as well as rider and writer Andrew Tilin.

In a prescient comment to her mother, the late Canadian bike racer Ellen Watters told her mother that if she “had to die for the roads to be safer for other cyclists, then [she] would be OK with that.” Ellen has inspired Ellen’s Law in New Brunswick, Canada, which imposed the one-meter rule on drivers in an effort to make cycling safer. But are the roads getting any safer? Why does the carnage seem to be continuing without diminution?

This is a tough question with a complicated answer, as it involves many social issues. It starts with our relatively ineffective legal deterrents to distracted driving.

The consequences for distracted driving are relatively small. Even when the driver kills another human being — the consequences are minor. How can this be?

I attribute the lack of legal responsibility to these five prongs:

Although many police departments are doing a better job at the scene of a collision, many responding officers still do not collect the proper physical evidence, obtain available footage, or interview witnesses properly. For example, I’m routinely called by cyclists who tell me they were wrongfully struck down, but the responding officers did everything they could to avoid finding blame. It’s as if the police already made up their mind that the cyclist was at fault, which makes the possibility of the state bringing criminal charges unlikely.

But if a crime is charged, would a jury convict someone for vehicular homicide simply because they were operating their vehicle while distracted? Not likely — mainly because a large percentage of the jury probably drove while making phone calls, changing their playlist, or texting at the same time earlier that morning. To most jury members, driving distracted is normal and reasonable behavior, far from the world of criminality. Consequently, prosecutors are slow to bring criminal charges. But what about Vulnerable Road Use laws?

About half the states have adopted Vulnerable Road User laws, which aim to protect vulnerable road users such as cyclists. While VRUs have done a lot to make roads safer for cyclists, they are rarely used in cases and penalties are probably too minor to effectively discourage distracted driving. Is a couple-hundred dollar ticket or a hypothetical threat of having your license suspended really going to stop you from calling your spouse, children, or best friend while driving? Probably not. Accordingly, VRUs are a great first step, but we need more.

Next, we look to the prosecutors for justice. We rely on these public attorneys to protect the public’s safety, but we cannot always count on them.

For instance, Anita Kurman was brutally run over by a semi-truck driver in Boston, who ignored her right-of-way. Prosecutors still have not brought charges against the driver. If you have the stomach for it, here is footage of the collision. It will leave you wondering why the prosecutors haven’t done anything.

The prosecutors didn’t bring a case because they probably thought the jury would be filled with drivers. As for the few cyclists in the pool, they would likely be chosen for removal by the defense attorney under the preemptive selections. Thus, the prosecutors decided they wouldn’t even try to render justice. It’s as if they are afraid to lose.

Let’s pretend the prosecutors decided to bring criminal charges. What tools would they really have? In Massachusetts, vehicular homicide requires reckless driving under the influence of drugs or alcohol, and involuntary manslaughter requires wanton recklessness. Therefore, prosecutors cannot bring criminal charges unless the driver was either driving under the influence or was driving so egregiously (i.e., 100mph in a school zone) that their conduct amounted to a wanton recklessness. Sadly, prosecutors didn’t believe this was the case for the driver who blatantly ran over Anita Kurman.

The media also limits a cyclist’s access to justice because negative reporting has the ability to taint the public’s perception. For instance, did the media just parrot the police report calling the tragedy an “accident,” even though it was a collision caused by the driver? Did the news reports mention that the cyclist didn’t have a helmet, a fact that had nothing to do with the driver’s negligence and wouldn’t have helped the rider, who was run over by a heavy truck? Did the media run a series about scofflaw cyclists when in fact the deceased cyclist was riding responsibly and legally? Reports like these turn the motoring public against cyclists. Most of all, they contribute to the avoidable carnage by desensitizing drivers.

It isn’t clear why the avoidable carnage of cyclists is not taken seriously by the motoring public. But I think we can blame our car-dominated culture. We live in an auto-centric world and car culture dominates society’s perception of who is at fault upon the collision between a motor vehicle and a bicycle. There is no getting around our windshield perspective, and that is why people who use bikes are treated as inferior by the motoring public.

We know the issues, but what are the solutions?

First off, higher standards for driver’s license tests would help, along with an increased likelihood of license suspension or revocation for drivers that put lives at risk.

Next, we need a better understanding of the roadways as belonging to us all, rather than just strips of pavement for motor vehicles. After all, cyclists paved the first roads.

We also need to reshape perspectives of responding law enforcement, enact better laws, and combat media biases. If reporters get the story wrong, call them out. If they call it an accident, educate them to call it what it really is — a collision.

Most of all, the racing community needs to get more involved. It’s telling that a group of NASCAR drivers are doing as much or more to promote road safety than we as roadies are. If it weren’t for the efforts of roadies like Tim Johnson and British Olympian Chris Boardman, who lost his mother when she was killed while riding a bike, advocacy efforts emanating from the roadie world would be nearly non-existent.

Therefore, I think we need to pick up the slack and start finding innovative ways to reach out to the public to promote safety. Opportunities are out there. For example, Cyclists 4 Community (C4C) is forming public-private partnerships to promote road safety — something that all of us could do in our own community. Our reality and the public’s state of mind can be changed. We can prevent the avoidable carnage.

*Bob Mionske is a former competitive cyclist who represented the U.S. at the 1988 Olympic Games (where he finished fourth in the road race), the 1992 Olympics, as well as winning the 1990 national championship road race.