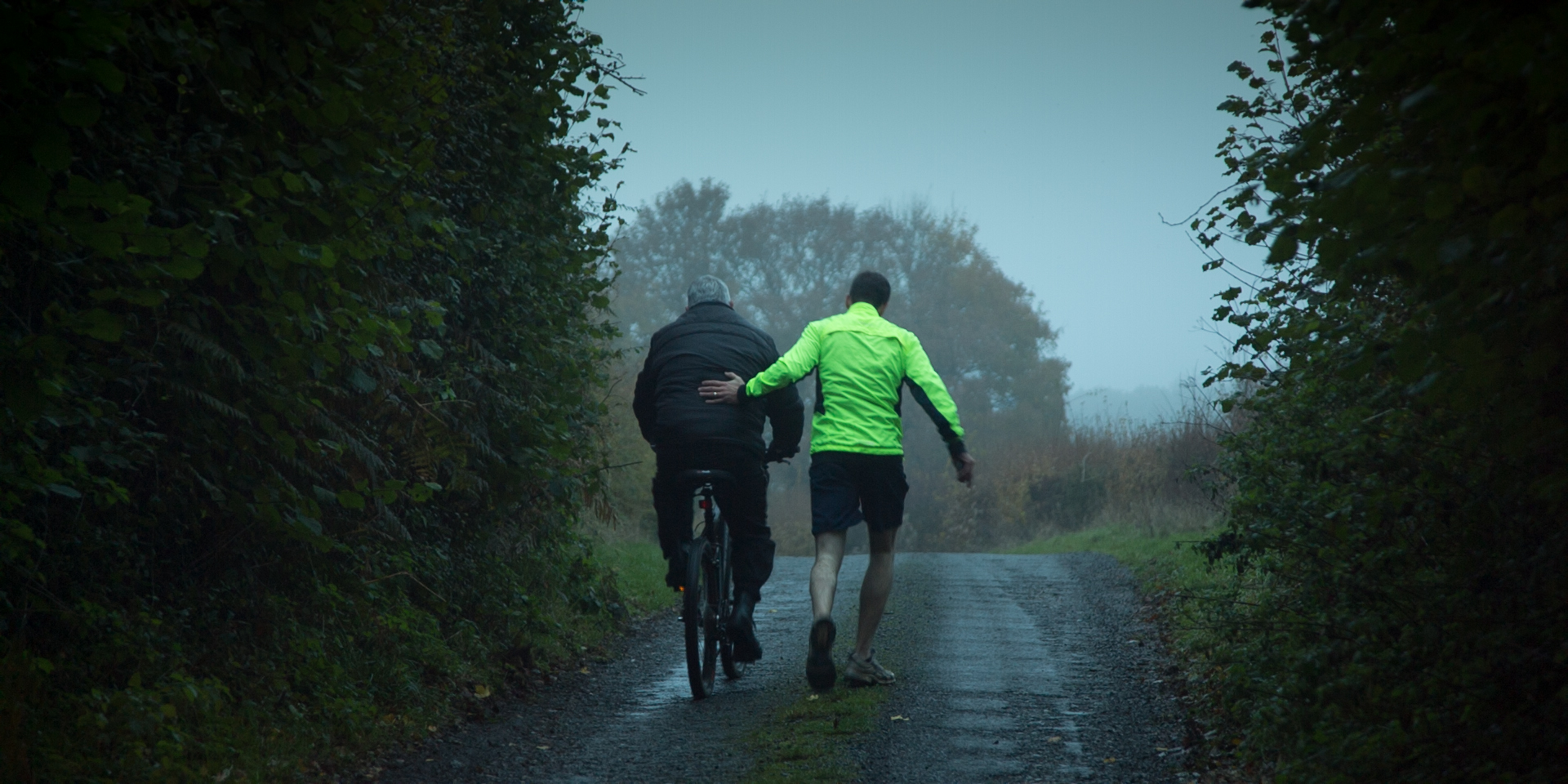 Fixing Dad is the story of a man whose lifestyle choices caught up with him until his two sons resolved to save him.

Geoff Whitington was overweight, over-worked and resigned to a premature death from a catalogue of health conditions.

In November 2013 his doctor felt they needed to talk about the possibility of foot amputation due to his type 2 diabetes. The arch of one foot had already collapsed as a result of Charcot’s foot (a complication associated with diabetes) and the other foot was developing ulcers due to poor circulation. It was at this point that his sons, Anthony and Ian, decided that their own lives had to wait and they embarked on a mission to restore their dad’s health and enjoyment of life.

They soon discovered that there were no quick fixes. They had to battle with decades of engrained and destructive habits and negativity, locked in place with almost superhuman stubbornness. In order to correct the health conditions, they had to overhaul every aspect of their dad’s lifestyle. They decided to see if they could bend his resolute single-mindedness to their own ends as they attempted to get him in the best health of his life and reinstate him in his former post as their childhood hero. They called upon their film making experience to document their progress and help keep an ever-watchful eye on their dad and a compelling film began to take shape.

In over a year of honest and intimate filming we watch the two brothers struggling to transform their dad from an obese, barely mobile night time security guard to a fighting fit endurance cyclist, public speaker and health activist.

Gradually Mr. Whitington has become determined to inspire and improve the health of others alongside his own. His sons, with their humour, support and determination prove that those we love make us strong and that a life we love is worth fighting for.

In an interview with the Huffington Post, Anthony Whitington explained where his and his brother’s motivation for changing their dad’s lifestyle came from, and how the film got off the ground.

“A few things led to us starting the project,” Anthony said. “The first was dad’s realisation that he might need to have his foot amputated if he continued on the same path. So fear played a big part.

“The second was that dad had seemed to become a different person – not his usual bubbly self, but withdrawing from conversations and generally very depressed.

“And thirdly, we felt guilty, being honest, that for so long our own careers, ambitions and our own family pressures had stopped us from really knowing the man who made us who we are today.”

The three Whitingtons are not only in the throws of preparing for the 100-mile Prudential RideLondon next weekend, they’re talking about their experience in front of corporate groups and at medical conferences and diabetes clinics.

They don’t suggest it was an easy journey however. They say a lot had to change, and that much will be clear in the documentary.

“There was lots of resistance. Dad is extremely stubborn,” said son Anthony.

“We instinctively knew we would need to change his environment. He was surrounded by his favorite fast food restaurants, his sofas, his bad habits.

“To families everywhere we’d like to say: if there’s someone you love who is in a bad way, don’t put it off, act now to help them. Don’t have regrets later.

“However busy you are, there’s no one formula, just do something different, remind them how much they mean to you, give them goals and regular contact, and above all be positive that you can beat it and enjoy life together.”