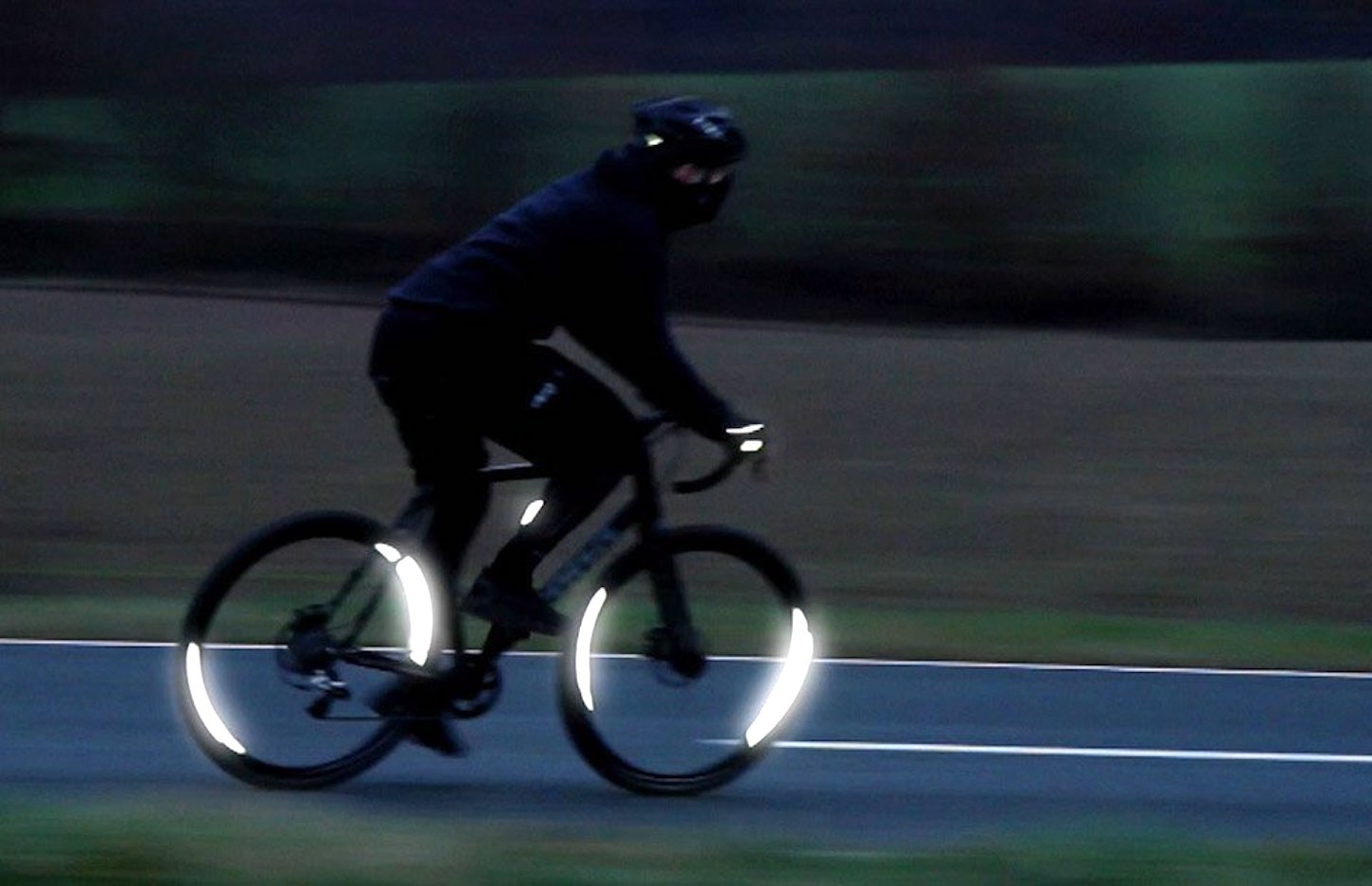 A new version of the FLECTR bike reflector called the 360 WING ensures that your bike remains visible from every angle, offering a revamped design that’s more streamlined and stylish with increased visibility.

As its name implies, the FLECTR 360 WING now provides 360° of visibility wherever a car’s headlight hits it, alerting the driver that there’s a cyclist sharing the road.

Designed to be mounted on the rim of any bike wheel, the FLECTR 360 WING’s unique 3D form requires no electronics, battery, or upkeep.

The FLECTR 360 WING works right out of the box, catching and scattering any light that shines on it. The reflectors come in 2 high-reflection formats, and 4 standard reflection variants in different colors.

Weighing roughly a gram, the FLECTR 360 WING reflectors add safety and visibility to your bike in an instant, without affecting the bike’s performance and aerodynamics.

When the wheels are spinning, the reflectors pulsate as they move around the wheel, grabbing the attention of everyone nearby, keeping the rider safe.

FLECTR has currently launched a crowd-funding campaign on Kickstarter, offering special incentives to early-backers that you can learn more about here.