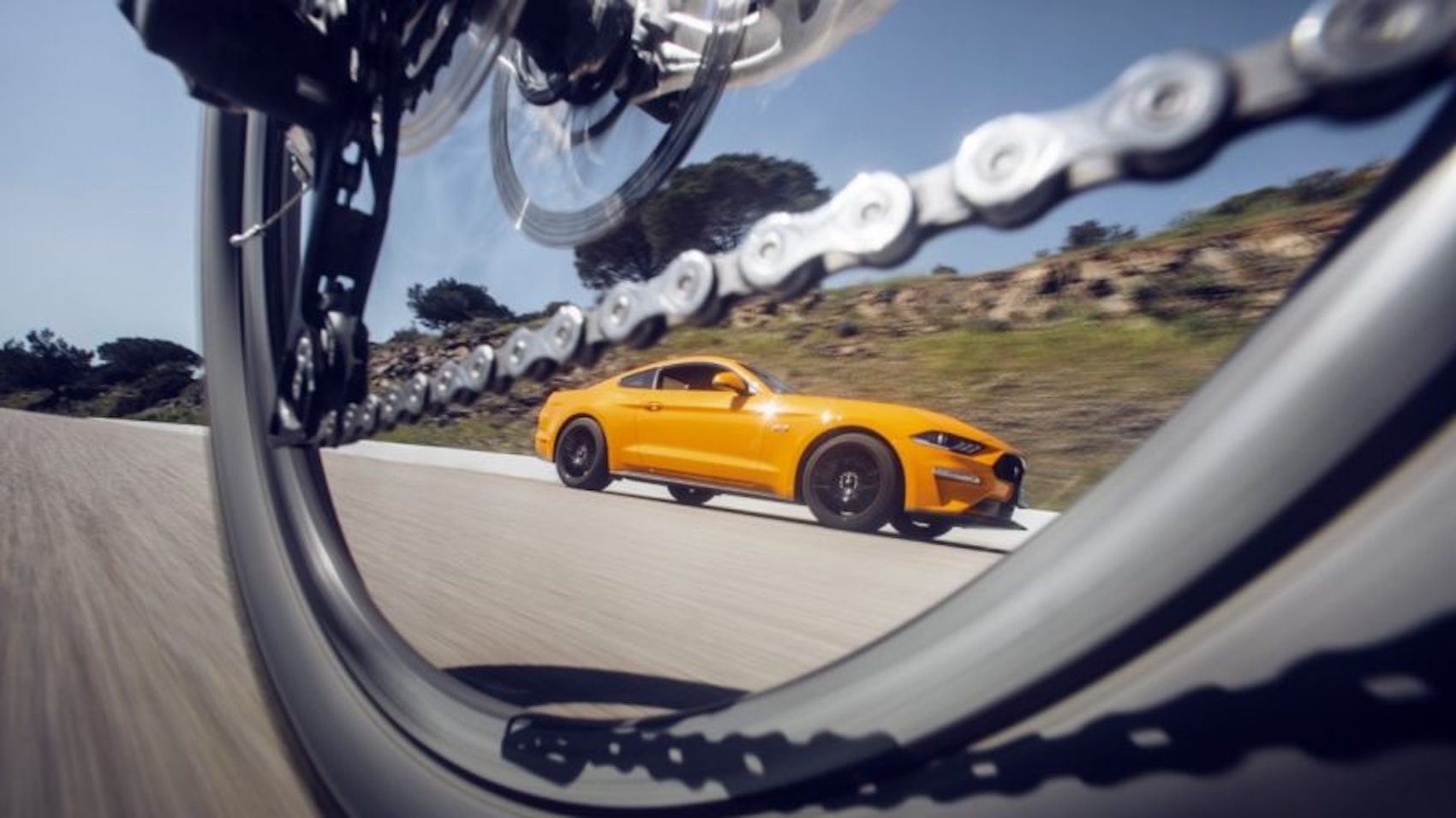 25 May 2018
By Gianni Pericolo - In FEATURED ARTICLES, LATEST ARTICLES, VELOPATHIC

As the number of cyclists continues to increase in urban areas, flash-points between drivers and cyclists are an all-too frequent sight in Europe’s cities. And while infrastructure that keeps different road users apart struggles to keep pace, Ford has launched  a new campaign designed to help improve safety and reduce pollution and congestion.

As result, Ford developed a groundbreaking virtual reality experience called “WheelSwap”, which enables motorists and cyclists to see how inconsiderate driving and riding can be at the least hair-raising –and potentially fatal – for their fellow road users. Initial studies show that after undergoing the experience, nearly all participants said they would change their behavior.

“As someone who frequently travels on both two wheels and four wheels, I have experienced first‑hand many of the frustrations – and dangers – that drivers and cyclists encounter on our roads today,” said Steven Armstrong, president and CEO, Ford of Europe, Middle East & Africa. “The safe integration of increasingly diverse modes of transportation is key to how we make our cities safer and easier for everyone to get about in, now and in the future.”

In Europe there are 250 million cyclists who account for 1 in 12 of all road accident fatalities. With proven benefits to health, air quality and congestion, many cities are actively promoting cycling, which has even garnered the support of professionals in the sport of cycling.

“This is a very timely initiative by Ford. Europe is home to some of the world’s largest cycling communities and the increased pressure on road space is raising safety ever higher up the agenda,” said Tour de France winning Team Sky director David Brailsford. “This campaign is not just about introducing new technology but also highlighting the need for equal respect and responsibility. If both cyclists and motorists took a little bit more time to understand each other’s needs, we would quickly see a change in attitudes and behaviour which can ultimately improve road safety for everybody. Ford’s leadership role can play an important part in helping make that happen”

According to Ford, its mobility strategy is to deliver a broad suite of products and services that enhance all layers of the transportation system – vehicles, infrastructure, connectivity and digital services – to help people move more freely in the “City of Tomorrow”. This includes pilot programs such as a car sharing and bike sharing collaboration between Ford of Germany and Deutsche Bahn Connect GmbH, the Chariot commuter shuttle services designed for city dwellers who live in harder-to-serve areas where public transport is not easily accessible; and smart benches that help pedestrians stay connected on the move with mobile charging and Wi-Fi.

Ford says, “WheelSwap” enables motorists to see from a cyclist’s point of view that risks involved when drivers overtake too closely, swerve without indicating and open car doors without checking for bikes. Other aspects of the program enable cyclists to experience what it is like for drivers when they “jump” red lights, cycle down one-way streets the wrong way and swerve unexpectedly.

More than 1,200 people took part in the initial research across five European countries, with 70 per cent of those who experienced “WheelSwap” demonstrating greater awareness for their cycling counterparts after watching the film, compared with those who had not. Furthermore, 91 per cent pledged to change their on‑road habits; and just two weeks after experiencing “WheelSwap”’, 60 per cent had changed their behavior on their day‑to‑day travels.

Ford is now integrating the virtual reality experience into its free driver training program for drivers between the ages of 17 to 24 called “Driving Skills for Life”.

So far, nearly $20 million has been committed to Ford to the “Driving Skills for Life” program in Europe since 2013, offering hands-on classes that also cover hazard recognition, vehicle handling, and speed and space management. The company is also making the “WheelSwap” experiences available on YouTube along with useful tips for how to stay safe on the road.

“There is no more effective means of appreciating someone else’s point of view than stepping into their shoes, or in this case, on to their pedals. Empathy is an immensely powerful emotion,” said behavioral scientist Dan Berry who helped devise the experiment.

Last month, Ford launched the all-new Focus in Europe with technology that can detect cyclists in or near the road ahead, or who may cross the vehicle’s path. Pre-Collision Assist with Pedestrian and Cyclist Detection automatically applies the brakes if it detects a potential collision and the driver does not respond to warnings.

You can find more information regarding the “Share The Road” program here: https://www.ford.co.uk/experience-ford/about-ford/share-the-road.