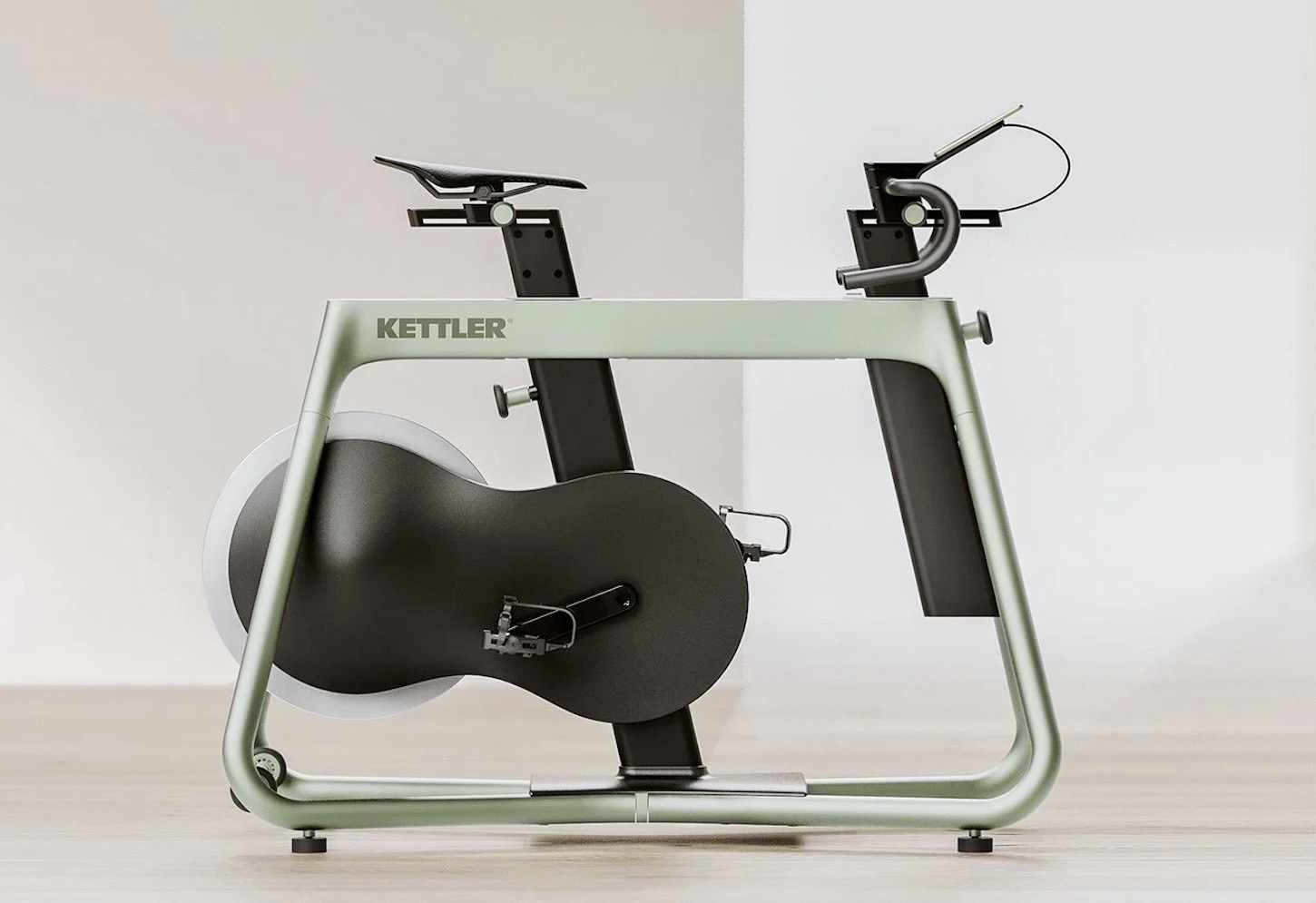 The design studio Forpeople has partnered with German bike brand Kettler to develop its latest spin bike simply called the “Kettler Frame Bike”, with the goal of intersecting fitness and interior design with a minimalist aesthetic.

“The bikes reference classic cycling frames and mix them with subtle furniture details, each in a set of colorways inspired by objects from around the home. The industrial-grade steel frame and other elements of the spin bike tout a classy matte finish,” says Forpeople.

Adding to the Kettler Frame Bike’s already minimalist silhouette, is a matte black housing that neatly conceals the bike’s drivetrain, along with ample ability to dial-in the rider’s position courtesy of an adjustable seastmast and handlebar.

While details are scant, it appears the Kettler Frame Bike is offered in three guises, the speed, racer and racer+ , with no specifics on components or pricing.

Still, it’s a design that’s groovy enough to report on.