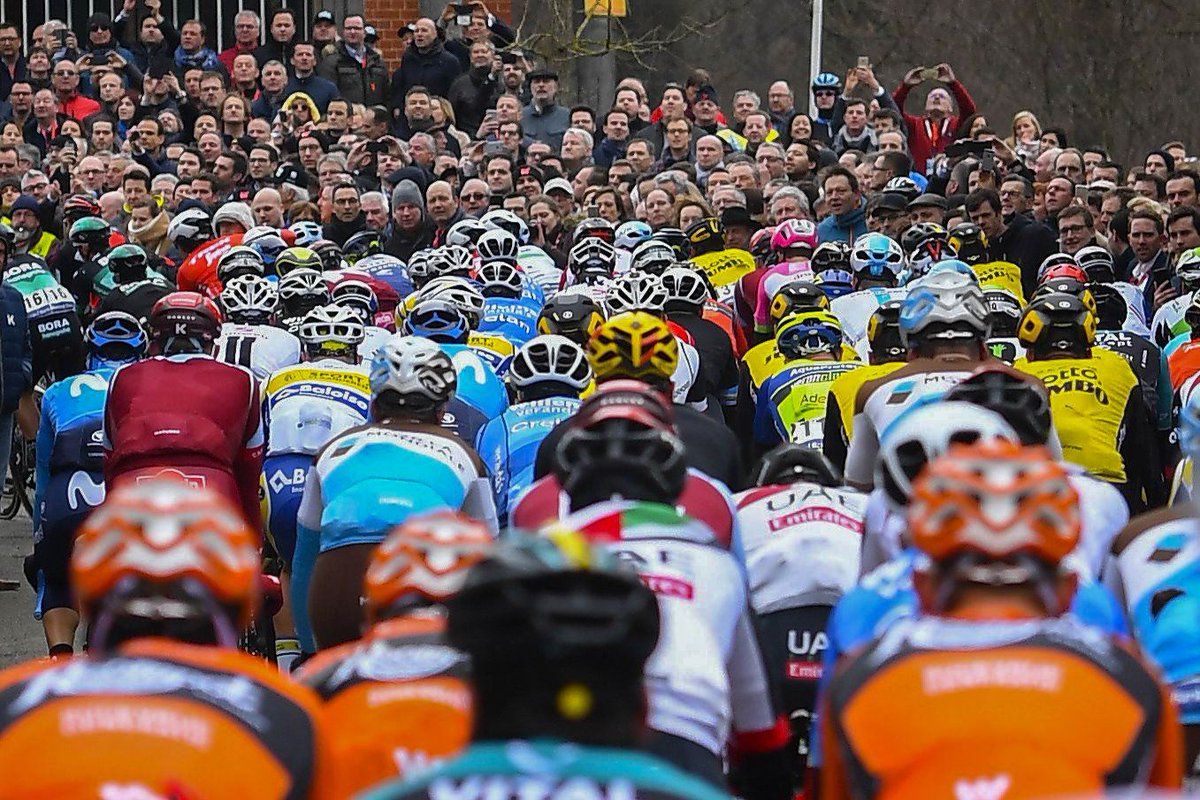 Sagan rode patiently amongst the peloton for almost the entire leg of today’s 251.1 kilometer race. However, the Slovakian rider was keen to mark Viviani and his Quick-Step Floors team, who led over the final ascent of the Kemmelberg.

With strength in numbers, Viviani looked poise for victory. But, the Italian rider found himself boxed in behind compatriot Matteo Trentin (Mitchelton-Scott) during the closing few hundred meters, while Sagan proceeded to follow alongside Jasper Stuyven’s (Trek-Segaredo).

As the lead group entered into the final 200 meters, Sagan had a clear road ahead of him to draw a perfect line, while Viviani was forced to battle his way to the front alongside Démare.

The French rider initially appeared to have a better line than his Italian rival, but a final explosive acceleration from Sagan proved  insurmountable for both riders.

“I’m very happy and glad to win this race, the team did a great job,” Sagan said. “A sprint’s always a bit like a lottery. I started a little bit early but in the end it was good.”

“This was the easiest one, (in terms of) the weather conditions,” he said. “It was not crazy like last year, or two years ago.”

After the finish, Viviani was seen slumped over on the ground, while a soigneur draped a jacket over his shoulders as he failed to fight back his  tears of defeat.

“When it’s such a big opportunity of course it’s disappointing,” Viviani said. “I hope I get another chance.”

From there, the group opened up a maximum advantage of more than five minutes over the peloton.

However, a determined chase effort eventually reined in the group with 25 kilometers to go.

The field remained together from there, thwarting any late attacks right up until the sprint finale.