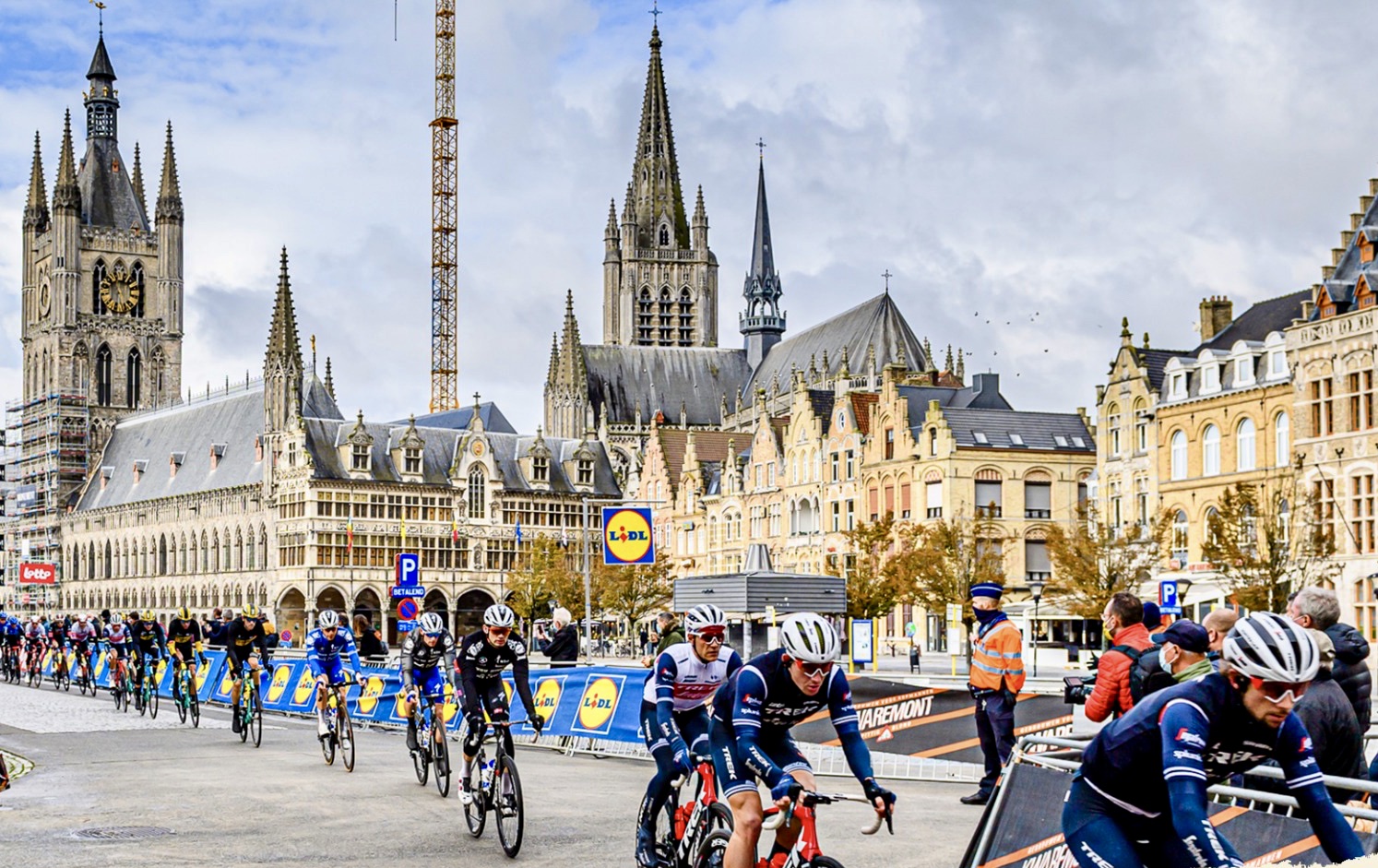 All eyes had been on favourites Wout van Aert (Team Jumbo-Visma) and Mathieu van der Poel (Alpecin Fenix) – who were both among the nine – but they marked each other out of contention when Bettiol initiated the decisive move, and they ended up finishing eighth and ninth respectively.

Only Senechal and Trentin followed Bettiol initially, but Pedersen later bridged across and then dominated the sprint finish to claim the biggest Classics win of his career.

The two most-fancied riders pre-race, van der Poel and Van Aert, effectively marked one another out of the game. With 400m left, Van Aert stuck rigidly to the wheel of the Dutch national champ, refusing to help him try and close the gap. The eventual result was that they took eighth and ninth places on the day, the last two riders of the lead group.

The race erupted into life not on the first ascent of the Kemmelberg as many expected, but rather on the comparatively ‘easy’ roads that followed it. Crosswinds and crashes created gaps in the peloton and provided a spur for riders to attack and forge on. Some of those to be brought down in crashes were Daniel Oss (Bora Hansgrohe), Dimitri Claeys (Cofidis) and Jasper Philipsen (UAE Team Emirates).

From there, two roughly equal-sized groups formed, totalling about 40 riders. It was an acceleration from Welshman Luke Roew (Ineos) that formed the next significant group, with eight other rides joining him to create a new breakaway with an advantage of a bout a minute at its most.

They stayed away until the third and final ascent of the Kemmelberg when a brutal acceleration from van der Poel obliterated the gap. From there, a leading group of 14 was formed, with Stefan Kung (Groupama FDJ) joining to make it 15 soon after.

The Swiss rider was one of the most active in the final 10km, trying to force a move that would shake loose some of the superior sprinters. In the end his efforts were enough for fifth place, one place behind Bettiol.