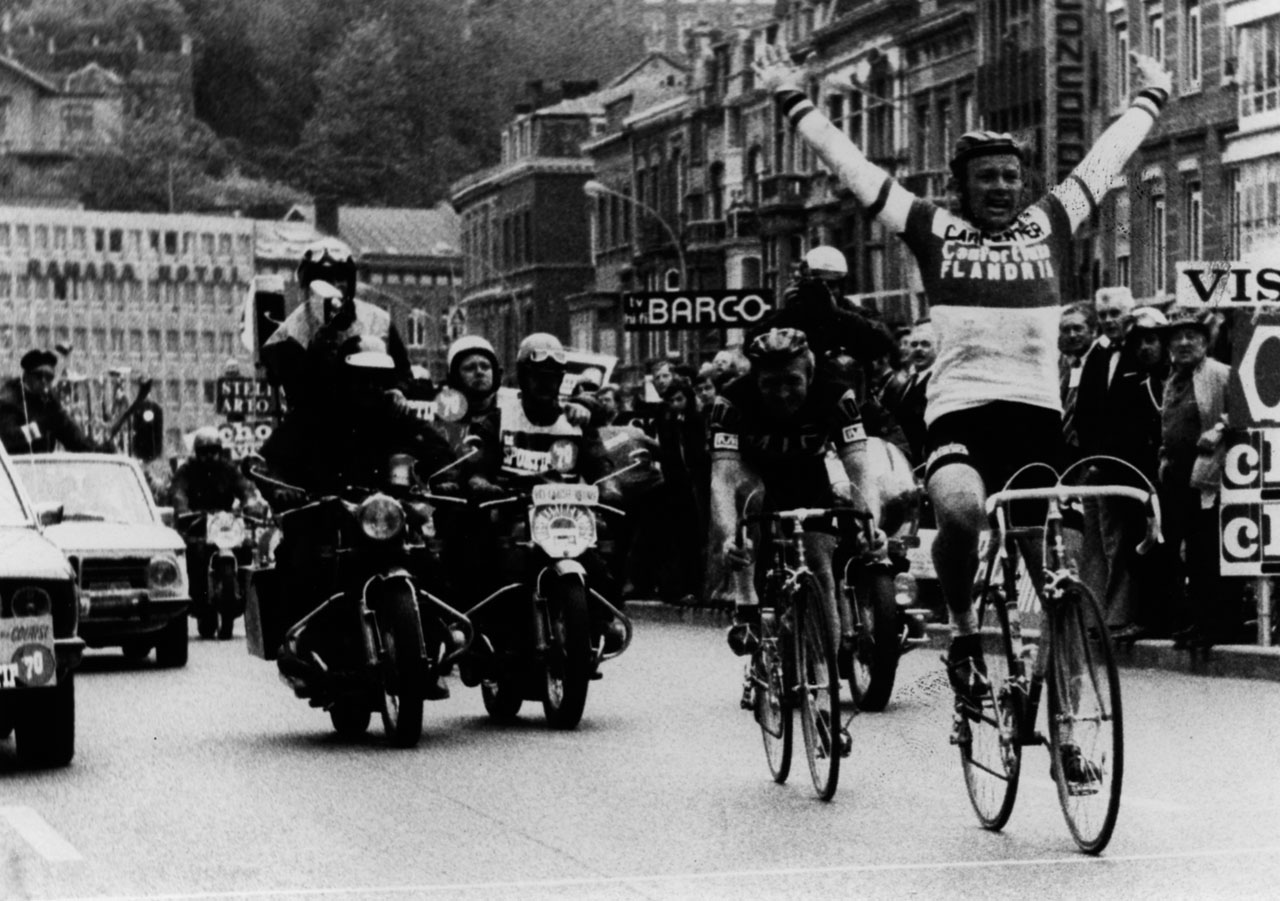 A belated happy birthday to Georges Pintens, who was born on October 15, 1946 in Antwerp, Belgium.

The Belgian rider is best known for excelling in the one-day classic races during the 1960s and 1970s.

Pintens most successful year was in 1971 when he captured the Gent–Wevelgem Classic and the overall title at the Tour de Suisse, but finished second to Eddy Merckx in the Liege–Bastogne–Liege race.

However, in 1974 he returned to win Liege–Bastogne–Liege, beating Walter Planckaert and Wladimiro Panizza.

In addition, Pintens also added to his palmares, victories in the 1970 Amstel Gold Classic, the 1973 Tour of Belgium and stage 1 of the 1976 Vuelta a Espana, along with titles in several lesser-known races throughout Belgium.