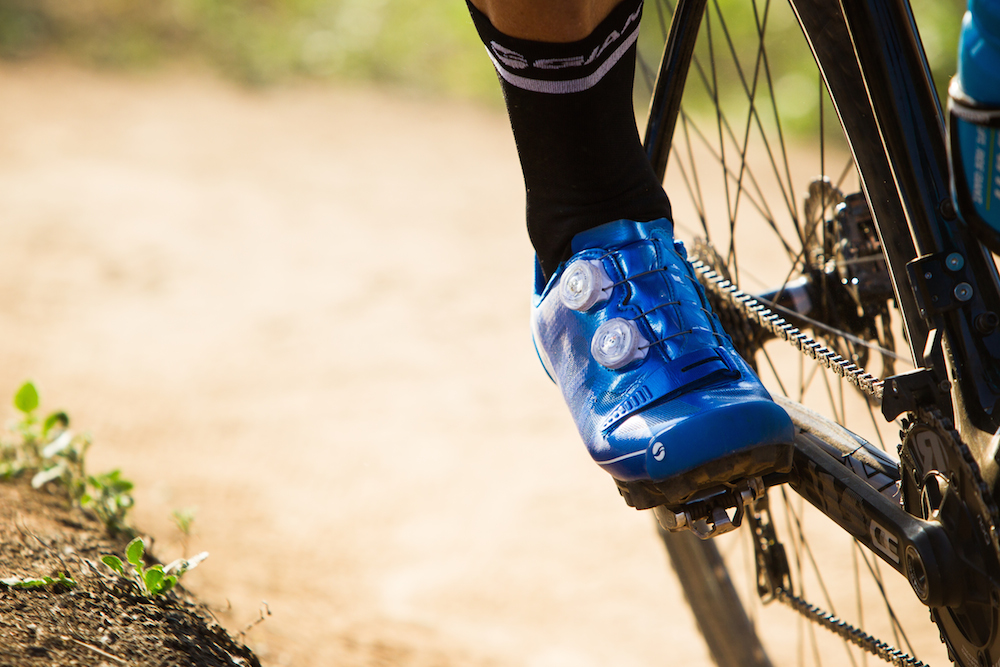 05 Aug 2015
By Campionissimo - In LATEST ARTICLES, THE DOUBLE DIAMOND

Giant announced this week, the launch of an all-new range of cycling footwear, which they say incorporates the latest in innovative design and technology – called their Motion Efficiency System.

According to Giant, all of its new performance footwear models have been developed under their Dynamic Cycling Fit (DCF) design philosophy, which involved extensive research and engineering to “create gear that functions best while in motion”.

“We developed our Dynamic Cycling Fit approach a few years ago to rethink product development from a dynamic point of view,” said Giant Global Executive Director of Gear Stan Mavis. “DCF is about applying the most advanced research and testing methodologies to produce innovative gear that improves the cycling experience. This new line of footwear, which introduces some never-before-seen technologies for cycling shoes, really represents that idea.”

Three new models—the Surge on-road shoe, and the Charge and Amp off-road shoes— were conceived, designed and refined with some of the world’s leading footwear developers and pro racers. The collaborative process included biomechanics experts, the Rabobank Development Team, and Giant off-road racers. Testing was conducted at various laboratory settings, team camps and races around the world.

“Giant came to us with its Dynamic Cycling Fit concept and challenged us to explore new ways to create a more seamless connection between the rider and the bike,” said Simon Luthi Ph.D., an Oregon-based biomechanics expert in the field of athletic footwear. “Together with Giant and its pro athletes, we engineered, developed and refined this new Motion Efficiency System to optimize the natural motion of a rider’s foot.”

The Motion Efficiency System combines a stiff and efficient pedaling platform with just enough torsional flex to reduce pressure and strain in the lower leg. The result is a more natural foot movement throughout the pedal stroke, which improves both comfort and efficiency. The system is built around several key technologies: the ExoBeam sole structure, the ExoWrap foot closure, and the ExoFlex toe section for off-road models.

The ExoBeam sole technology combines stiffness in the forefoot, where most of a rider’s power is applied, with strategically engineered flex zones to reduce tension and strain in the lower leg. With the “beam” replacing the traditional plate sole structure used in most high-performance cycling shoes, a rider’s foot can be fully wrapped in the enclosure system.

The ExoWrap works in harmony with the ExoBeam to form a unique 360-degree foot enclosure that creates customizable fit and comfort for all foot shapes. While most enclosures simply pull the foot down toward the sole, ExoWrap supports the foot by also pulling up.

Off-Road models including the Charge and Amp also feature ExoFlex, which allows the toe area of the shoe to move independently of the ExoBeam carbon sole. This results in superior traction when running or walking up steep climbs. Ideal for cyclocross or trail riding, ExoFlex also reduces heel slip.

The new footwear models will be available in select markets later this year.