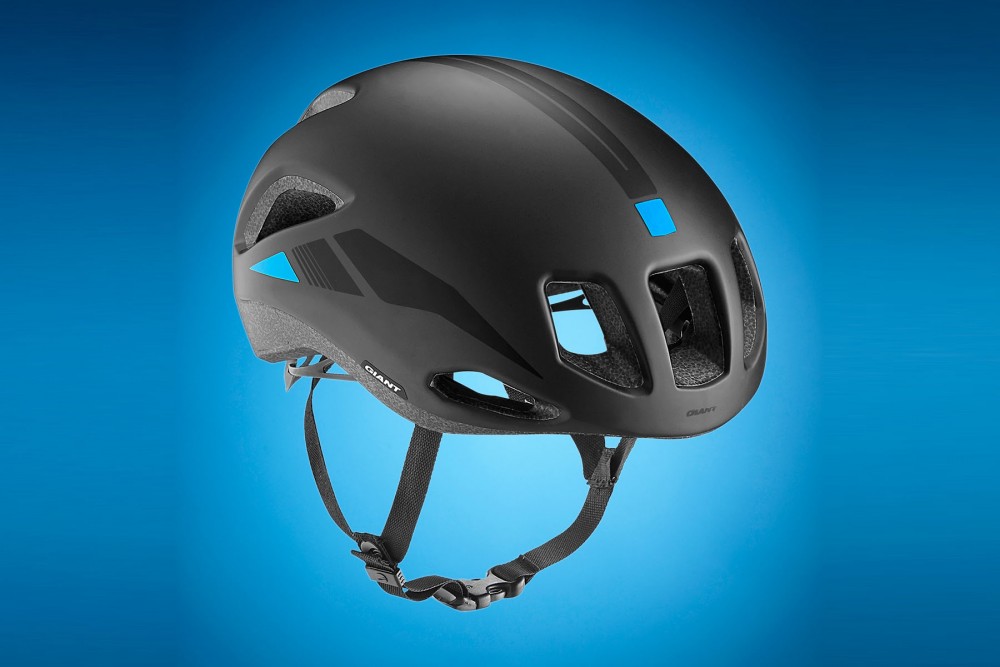 I can’t remember the last time the phrase “sexy ugly”, better applied to an aspect of the cycling industry, than the new breed of aero helmets.

For months, pro teams have tantalizing the cycling masses with a range of skunkworks helmets, that until recently, were only seen on the heads of pro riders – presumably as part of the test phrase.

And, little by little, each brand eventually brought their version of an aero helmet to market, with Giant being one of the last hold outs.

Good news. Giant officially launched its Rivet helmet today, you know, the one that’s been gracing the heads of Giant – Alpecin riders for months now.

While none of these so-called aero helmets are light by comparison, companies like Giant are hoping they’ll save riders “watts”, by virtue of their wind-cheating capabilities.

Designed using Computational Fluid Dynamics (CFD), the Rivet features three main and two side vents (or “Aerovent Ports” as Giant calls them) on the front of the helmet, and four on the rear to allow hot air to escape.

In addition, the Rivet features Giant’s Cinch Pro fit system, which uses a dial at the rear of the helmet, so it can be adjusted to fit a range of head sizes, while antibacterial padding has been used throughout.

The Rivet also has a time trial counterpart, aptly called the Rivet TT. And, as one would expect, it takes the aero approach further, by reducing aerodynamic drag by replacing venting with a series of dimples, which Giants claims pushes airflow toward the rear of the helmet, along with a cut-off tail that improves airflow from all positions.

Looking at the Rivet TT, a new moniker comes to mind, “laboratory ugly”.

Both helmets are available now, with the Rivet priced at $160, and the TT version at $230.